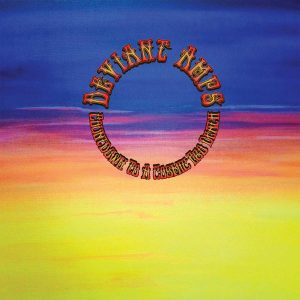 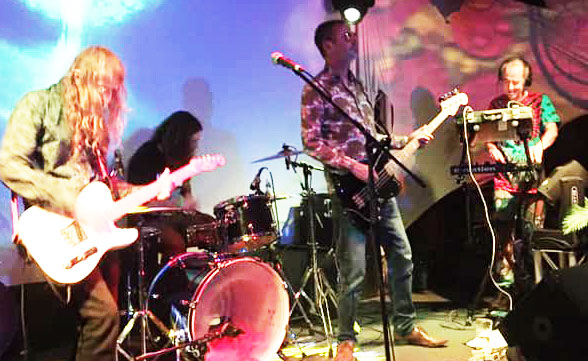 “Countdown To A Cosmic Ego Death” is the latest album by the veterans in the Psych-Space Rock scene, Deviant Amps, formed in early 1983 and active since! The current lineup of Paul Woodwright (guitars and vox), Keith Chenery (drums), and bassist Justin Prescott came together in January 2020. “Countdown To A Cosmic Ego Death” consists of 12 tracks in a total duration of 1 hour and 27 minutes! The album also features former Ozric Tentacles synth player, Seaweed! The opener “The Seeker” starts under a soft and kind of hypnotically dreamy musical background while the band slowly unfolds a psychedelically flavored spacey drone-y motive… On “Silly Little Thing” the band speeds up a little, the scenery is still drone-y and there’s a tremendous psych-spacey guitar sounding. “What I’ll Do Without You” and “Crosshair Straight To Your Heart” are melodic pop-psych songs with a nostalgic and kind of melancholic feeling. “Can You Feel It” is lysergically trippy, slow with shimmering spacey bubbles, and drone-y guitars, it gives you the feel of swimming in a sea of psychedelic liqueur! “Elevation” is another fine example of a Psych-Drone tune with some excellent guitar work while “Gimme The Fever” is a Psychedelic-Space-Rock anthem with a magnificent swirling drone-y sound, creating a musical scenery where Bevis Frond meets Spacemen 3! The next 3 ones are my personal highlights of the album. “I Left My Mind In Another Room” starts with a Psychotic ‘monologue’, a great Space-Rock tune, psychedelically flavored, with a trippy and mind-blowing rhythm capable enough for a Mind-Trip to the unknown universe… “I’m Losing My Mind” has a more sharped-edge guitar sound unfolding a New-Age Space rock scenery deep into Psychness while “The Procession Of Madness” is a cool weird Psych tune for the mentally insane! The Hawkwind-ish “Sugar And Spice” is a speed-up, cool Space-Rocker while the album closes with the self-titled “Countdown To A Cosmic Ego Death”, a sample speech, millions of spacey bubbles, a fantastic trippy Space-Rock tune with an incredibly mind-bending drone-y atmosphere! What a TRIP! Recommended! TimeLord Michalis