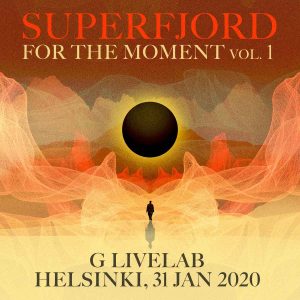 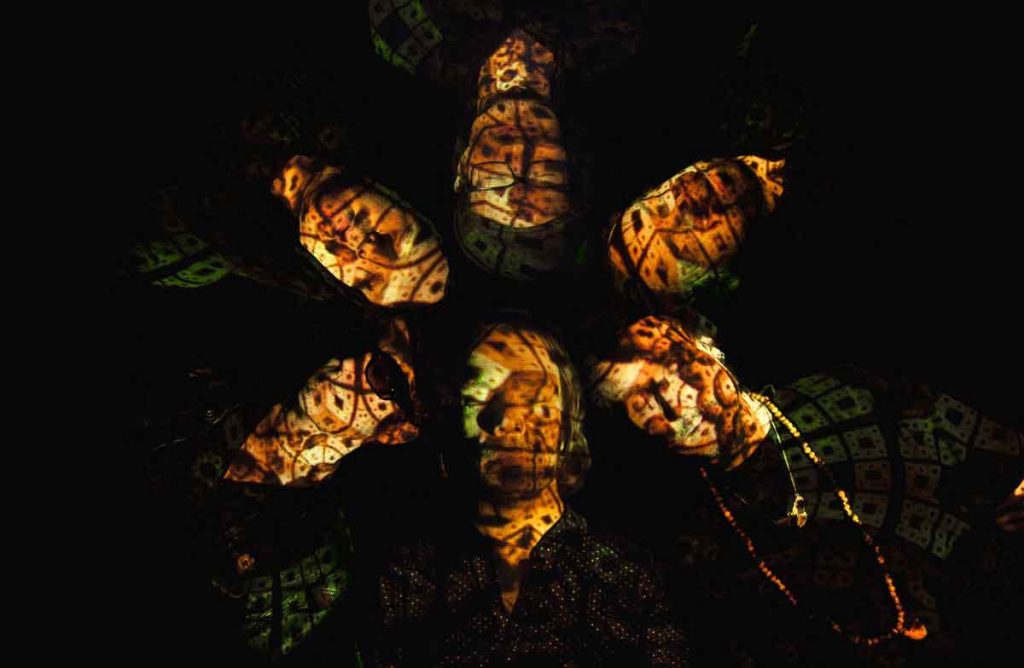 Thanks to Fruits de Mer Records we learned bands like this amazing act hailing from Finland called Superfjord! They are releasing records since 2014 and “For The Moment Vol. 1” is their 4th album (if we count the split LP they did with The Luck Of Eden Hall). The label’s press release states:

“Finland’s Superfjord return to Fruits de Mer for the first time in far too long with an album recorded live last year. Superfjord combine psychedelic rock with progressive and spiritual influences, hypnotic rhythms, and free-flowing improvisation. The band’s two albums ‘It Is Dark, But I Have This Jewel’ (Suomen Musiikki), and ‘All Will Be Golden’ (Svart Records) along with their ‘Coltrane’ and ‘Zappa’ 7-inches on Fruits de Mer Records have picked up great reviews both in Finland and internationally.
Improvisation has always been at the heart of the band and in concert, Superfjord have found themselves gradually tipping the balance between composed and improvised music evermore in favor of the latter.
‘For The Moment, vol. 1’ is the first release in a series of live recordings that aim to capture Superfjord at their purest, in a way studio recordings can’t match. This album features excerpts from the band’s January 2020 concert at Helsinki’s G Livelab; the venue’s state-of-the-art audio set-up and intimate atmosphere allowed the band an ideal opportunity to chase the moment where band and audience travel together – the album is all about what happens in that moment.
If you need any reference points, the band suggest The Grateful Dead, Pink Floyd, 70’s modal/spiritual jazz, kosmische music, and Gong, although they’re constantly trying to develop their own sound”…

So, “For The Moment vol.1” consists of 4 long Live improvisational compositions which are “Moment 1”, “Moment 2”, “Rainbow”, and “Moment 3”. On the 3 “Moment” compositions the band slowly unfolds its unique and experienced skills in improvising. They are flirting with Jazzy, Spacey, Funky even Krauty scales while the music is in a continuous flow. Superfjord are developing a mind-bending phantasmagoric colorful musical landscape with a rather adventurous drumming while the guitar sounding is so acidly drenched. On the other hand, “Rainbow” is a delirium crescendo of groovy sounds dominated by a shining wondrous psych-a-something guitar sound… After repeatedly listening to the whole album here, I had this intense desire to name these ‘series’ of tracks “Superfjord Runs The Voodoo Down”… Yes, it feels like an alternative modernized (but a lot different) version of that Miles’ great track! A Superb album, indeed! Patiently waiting for Vol. 2… TimeLord Michalis

Get it through FRUITS DE MER RECORDS Web

Buy it through SHINY BEAST Mailorder