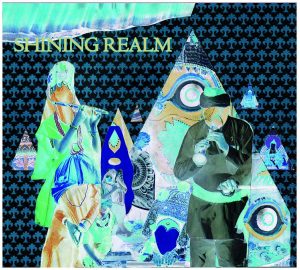 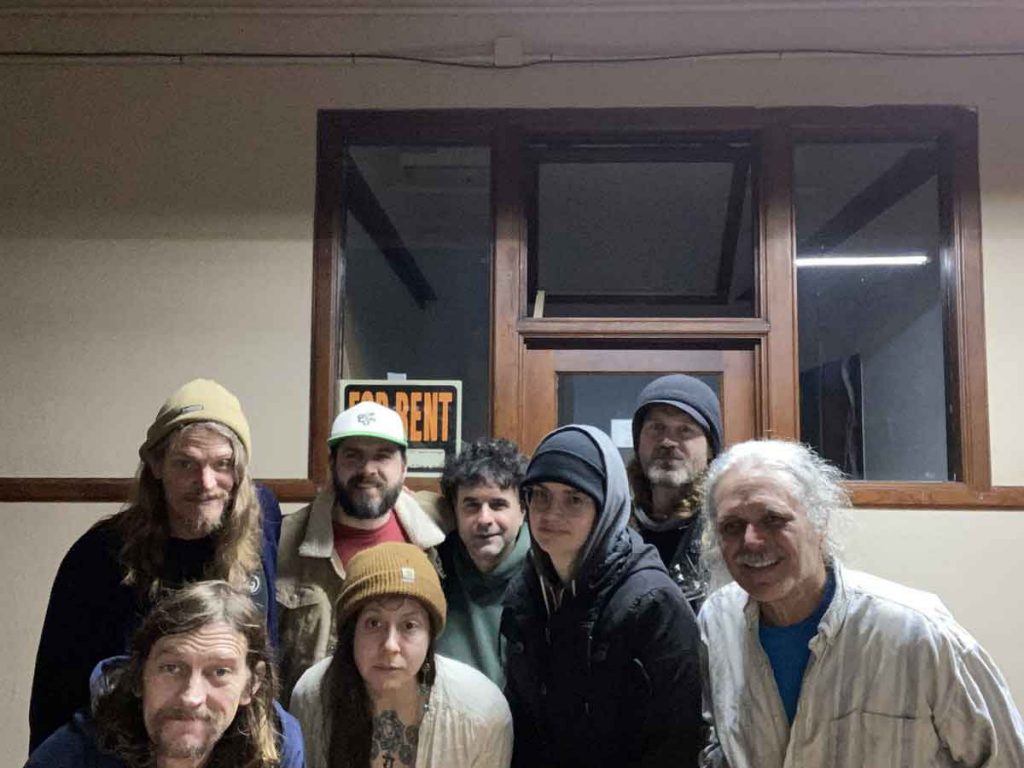 The Shining Realm is a new band, based in Iowa (USA). On their Bandcamp page, there’s no other info except a band picture where you can see 8 members and a little description saying “Ancient Spirits piloting mortal flesh suits through the holographic dimensions on our way to the Realm where all space and time converge into the Great Radiance!” Through short research, I found out that some of the members are singer Charles Pagan, bassist Todd Woody, and multi-instrumentalist Maxwell Strobe. Well, for now, there’s no need to find out more – probably they will occupy us in the near future – so let’s focus on The Shining Realm’s debut self-released album, simply entitled “Enter The Shining Realm”.

The album consists of 9 songs with a total duration of 37 minutes. The opener “Ascension” starts in a mystical and weird way, the whole track is covered with a huge acid freak folkie veil and it gives you the feeling that someone plays with Sounds in order to prepare the people for the Great Gathering or something… A nice instrumental with a rather drone-y environment… “Enter The Shining Realm” has a strong Middle Eastern-sounding with trippy acoustic instrumentation and chanting-like vocals… Far out… “Temple Of The Sun” reminds me a lot of Dor Koren’s band TREE from Israel while the music in here it may be called World-Psych or whatever, you see the music is that matters, not the label… What follows is one of the strongest moments inside the album, “Lay Down Thy Sword” has some Middle Eastern Fuzzy Psychedelic guitar sounding that blends with spoken word, mystical vocals creating a fantastic mysterious soundscape that could have been taken straight out of 1967’s “Hard Rock From The Middle East” LP! “Phantom Caravan” is a weird mystical short interlude, drenched into some Acid Psychedelia! “A Pilot Of Mortality” is a mind-blending Psychedelic liturgy while “Bleed A Prayer From The Stone” could easily fit inside one of the first two albums of Kaleidoscope (the LA ones of course), a cool song with an exceptional Middle Eastern Psychedelic guitar sounding! “Across The Ocean” is a song with a great Psych ‘touch’ while the album comes to an end with “Amida”, a more ‘Rock’ oriented tune but without losing its Middle Eastern acoustic sounding, indicating a superb Psych guitar outburst! Yes, the Radiance of The Shining Realm is Great! This is a record that will put again into the proscenium all these great Middle Eastern-influenced bands and LPs of the 60s… Kaleidoscope, The Devil’s Anvil, Orient Express, John Berberian And The Rock East Ensemble… I mentioned the words “Middle Eastern” quite a few times, and I did that on purpose… So, if you are into some new Middle Eastern-influenced West Psych-Rock, then this is your album! “Enter The Shining Realm”… Invitation accepted! I’ll bring insense and peppermints… TimeLord Michalis