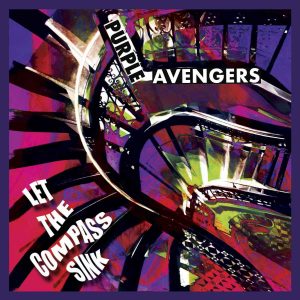 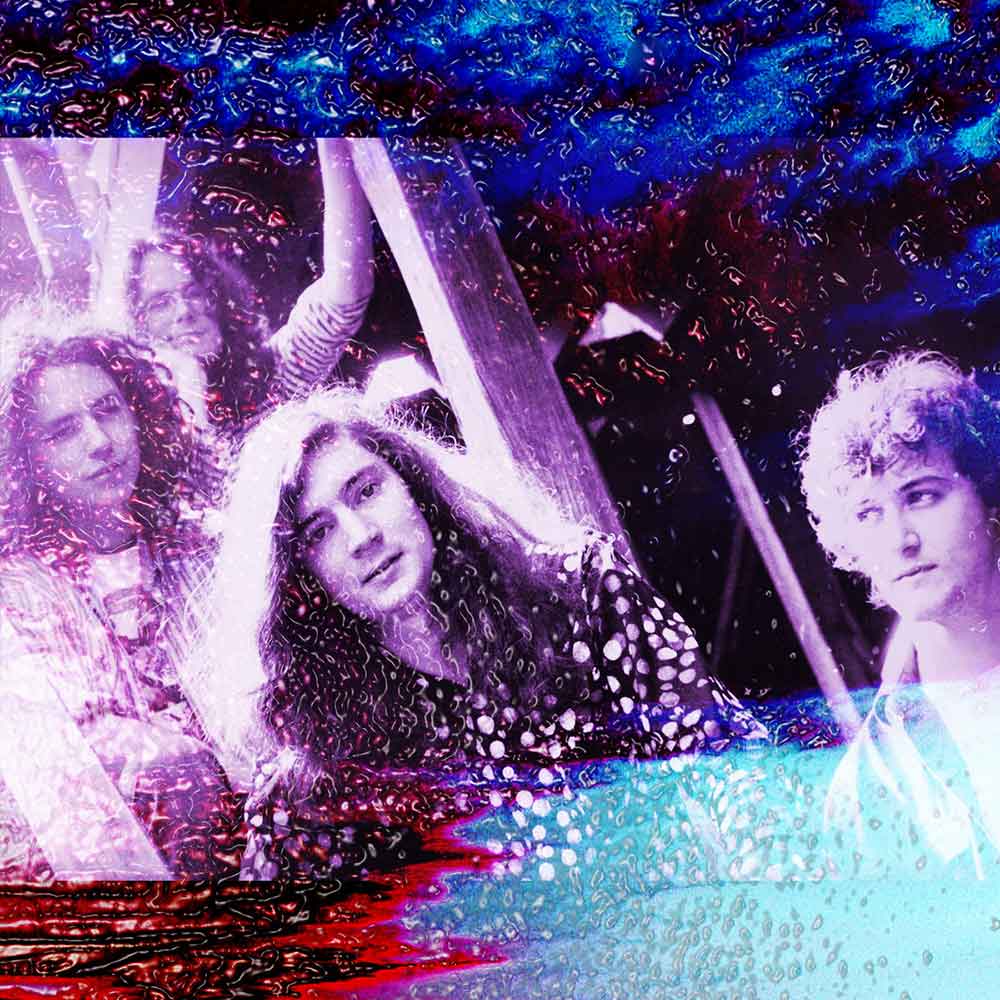 The Purple Avengers are a psych-rock quartet, formed in Brisbane, Australia in 1987 and they have been releasing their music (CD, LP, EP, 7”) since 1992. Their 8th release is an album called “Let The Compass Sink” and it is released on vinyl LP (in 2 editions, Black and Splatter) through German label, Clostridium Records. On their Bandcamp, the band states: “Travel with us on swift currents to unknown lands. Cup your ears. Bask blissful in the glow of strange suns, devoid of magnets, as all direction is meaningless. See you there!”…

The quartet consists of Garth Cook (Drums), Richard Marshall (Keyboards, Vocals), John Mulroney (Bass), and Karl Nielsen (Vocals, Guitar, Djembe). All songs are arranged & performed by Purple Avengers, recorded & produced by Karl Nielsen at Field of Glass, Brisbane, Australia, while the psychedelic artwork belongs to Karl Nielsen. “Let The Compass Sink” contains 9 songs and it kicks off with “Twigs”, and by the very first second, you get the feeling that the time has stopped. And the year is 1989! Doublechecking the release date… Yes, February 2021… So, what is going on here? There’s a tremendous killer bassline, penetrating the whole track, while the rest of the instruments are creating an intense late 80s Indie-Psych atmos, imagine an early Bevis Frond tune and you’ll probably get the picture. “Lover Knots” has the same late 80s atmosphere, with a kind of nostalgic feel, but this time there’s a strong Indie-Grunge feeling, not too heavy but too god-damn alternative, a killer song! On “Polar Bearings” the scenery becomes mystical, slow, and kind of psychedelic, organ, bass, guitar, and drums creating a super lysergic foggy majestic dark musical environment leading into a fabulous late-night trippy tune… “guzzle antifreeze and let the compass sink, we warm our blood and lose our polar bearing”… One of the best moments in the album… “Doubtful Gain” starts and you get a feeling that this is a late 80s recording, a track that may not make you lose your orientation but it sure can make you lose the sense of time! Side ‘B’ opens with “We Should Meet”, pure Indie-Psych energy dipped into a late 80s neo-psychedelic atmosphere. On “Descent To Mars”, bass and organ are having a psychedelic race supervised by a Grunge-y guitar and a dynamic compact drumming, a marvelous indie-alt-psych tune… “Hatching Hate” starts and I can discern some early 70s Pink Floyd influences in here, in music, and in the vocal harmonies, musically the track dives into a form of experimental Psychedelia with a shimmering guitar sound, a song that could easily be a lost outtake of “Meddle”… Eventually, the album comes to an end with “Only Human”, a track that only manages to dive even deeper into the late days of Psychedelia (end of ’69, of course). Amazing slow hazy druggy and mind-bending atmos, hallucinative keys, creepy n’ trippy guitars, this is a mind-trip to inner-shelf! Wow! What an album! All direction is meaningless but “Let The Compass Sink” could be your Azimuth!  Definitely recommended! TimeLord Michalis

Buy it directly from CLOSTRIDIUM RECORDS