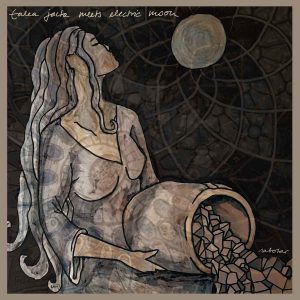 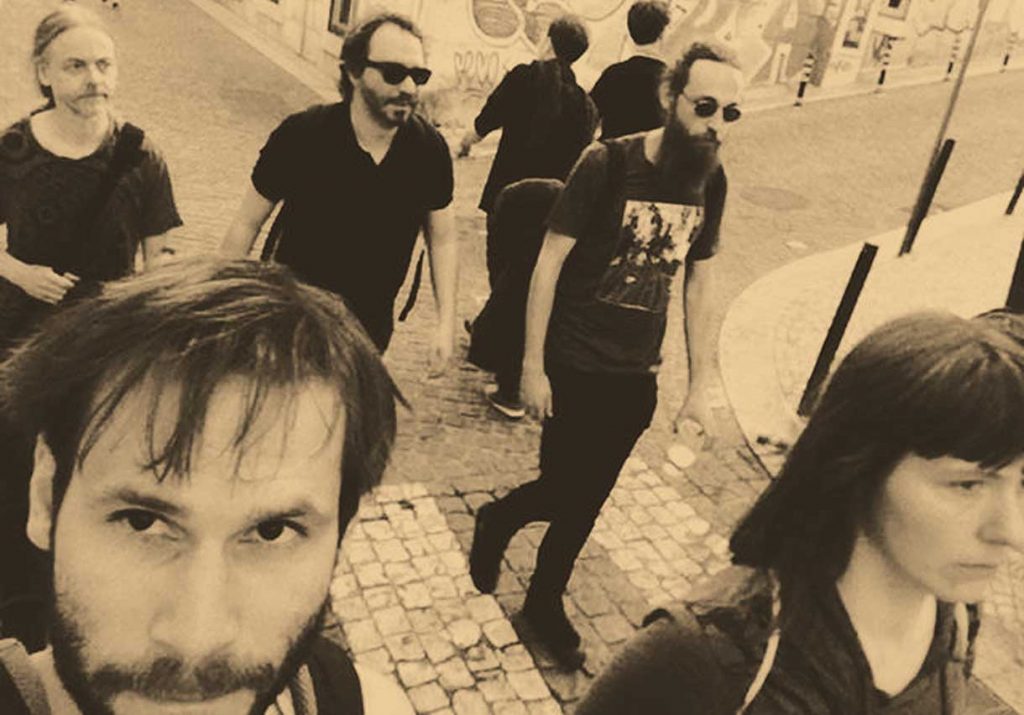 Of course, we all know Electric Moon, well, through this ‘joint-effort- album it’s time to put another interesting band into our Space vocabulary, the Portuguese Talea Jacta. Sulatron’s press release reads: “Sulatron is proud to release a real neo-krautrock album with all the typical ingredients, such as long tracks, guitar freakouts, totally kosmik effect orgies, double drumming, and out of this world atmosphere. Both bands met for a concert together as one band on 20th of September 2019 in the kultclub Sabotage in Portugal’s capital city Lisbon. Sadly the Sabotage has not survived the corona lockdown. Electric Moon is Germany’s beloved psychedelic rock band, who played all over Europe and released so many albums. Talea Jacta is one of Portugal’s best-kept secrets. The duo of Joao Pais Filipe on drums and percussions, and Pedro Pestana, the guitar wizard of 10000 Russos, on guitar, is just breathtaking! They both are well-known musicians and are touring around the globe! Joao is also very famous for handcrafting gongs and percussions of stunning beauty! The combination with their friends Electric Moon makes this release (and of course their concerts together) a very unique thing! This is real psychedelic underground! Recorded as a stereo file from the mixing desk. Mastered by Eroc. Cover artwork by Komet Lulu (Lulu Artwork!)”…
The musicians that are taking part in these recordings are Pedro Pestana (Guitar, fx), Joao Pais Filipe (Drums/Percussions), Komet Lulu (Bass, fx), Pablo Carneval (Drums), and Sula Bassana (Guitar, fx). “Sabotar” consists of just 1 track, the self-titled “Sabotar” that is divided into 3 parts. “Sabotar” (Part 1) sets a Spacey scenery with various and numerous Space-effects, an acid guitar sounding, and a mood by the musicians to improvise and to experiment… As we pass to “Sabotar” (Part 2) the sound effects are getting weirder while the guitar sounds somehow ‘trapped’, desperately seeking to break the chains, as the track evolves, the scenery becomes creepier, the environment tends to be erratic, quite experimental that slowly is transforming into some Kosmic Space Rock elegy of the 21st century, torturously slow but adventurous enough! The improvisational scales continue on “Sabotar” (Part 3), there’s some Kozmique energy patiently waiting for the right note, the right chord, the right riff to be hit in order to be out in the Space-Air, a tribal-space rhythm has been created, trying to find a peak, a climax… At some point, the band develops dizzying speed but somehow magically managed to slow it down… so, no climax… no crush… safe landing… What a Space-Trip! Follow… TimeLord Michalis

Buy it through SULATRON RECORDS