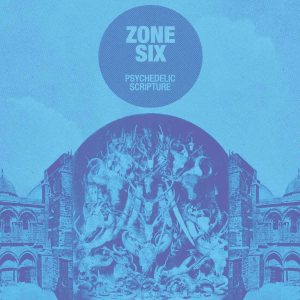 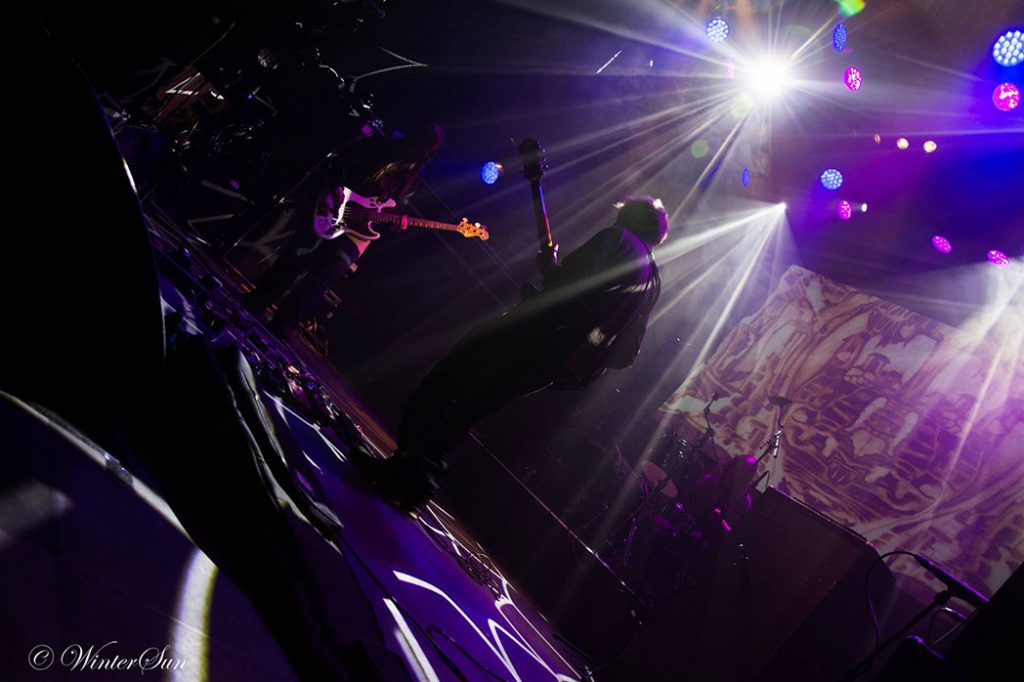 “Psychedelic Scripture” was originally released through Sunhair, on CD, back in 2004! It was Zone Six’s 3rd album following “Zone Six” (1998) and “Any Noise Is Intended” (2003). Now, expanded with 2 bonus tracks (recorded in 1998!) is being re-released on a double limited edition LP, through Acid Test Recordings (Europe) and Little Cloud Records (USA). Zone Six were founded in 1997 by Dave Schmidt (aka Sula Bassana), together with his Liquid Visions pals Hans-Peter Ringholz and Claus Bühler. Zone Six are one of the first impro-bands of the Krautrock revival. Always evolving…

The press release states: “The Acid Test Recordings and Little Cloud Records are proud to present the next Zone Six archival release – ‘Psychedelic Scripture’. Originally released via Sunhair on CD back in 2004. This expanded edition of ‘Psychedelic Scripture’ features 2 exclusive bonus tracks (close to an extra 24 minutes of Zone Six for you to devour) as well as John McBain mastering for vinyl and digital. Zone Six was formed featuring members of the much-revered Liquid Visions. Over the last 20 years, they have been producing some of the most searing and out-there psychedelic acid freakouts ever committed to tape. For the uninitiated Zone Six prevail in the art of the Jam. ‘Psychedelic Scripture’ floats and swirls like one long hashish ride with spaced-out drones (Tangerine Dream are for sure a touchstone) mix with mediative krautadelic – Zone Six are in no rush to get you to the end of the journey – it’s the trip there that matters most.
Recorded in 2000 (21 years ago) – that these tracks still sound as fresh and as vibrant as anything on today’s psychedelic scene is testament to a group of musicians who know their way around a psychedelic journey via the instrumentation of guitar, bass, drums and percussion, keyboards and synths. So yet again – Turn on your lava lamp, roll out your Persian rug and join Zone Six on a far-out trip”…

“Psychedelic Scripture” kicks off with “Extremadura” (14:07), a super effected Spacey intro, filled with some weird ‘extra-terrestrial sounds under a slow hypnotic Space-Rock background with a hot shimmering guitar sounding and some Spacey Bubbles all over, there’s a slight hunch of a Middle Eastern feel after the track takes a dip into weirdness, obscurity, and Dark Space, there’s a Psych-Space-a-delic environment that only gets trippier, and darker, and creepier… The next one, “The Pipe Dream” (21:38) is my personal highlight here, starts with a Spacey intro that equates a Hawkwind atmosphere – their early 70s period, of course – this is an Amazing Space-Trip, really Mind-Blowing, a sonic Spaced-Out Trip that flirts with Space-Psychedelia… “The Sacred Toad” (14:30) is simply, another specimen of Modern Aged Krauty-Space-Rock! A creepy experimental start filled with mysterious sound effects and I can detect an ‘earthly’ approach to the music that comes from ‘above’, from way up in the skies… The track slowly and progressively becomes trippier and somehow space-ier while the absence of compatible instruments is mind-blending and also creates a mystery that covers the whole atmosphere with a dark cloak, but so magically transparent that you can see… the sounds! Synanthesia! The first bonus track is called “Chill In” (6:33), a weird Space tune filled with psychness and… Sitar! The second bonus track, “Room Of No Escape” (17:04), is a more “normal” tune, not so experimental but with a touch of improvisation, emerging a cool Spacey feel, slowly becoming a Space-Rock capsule on a Trip to Mars (or wherever), becoming heavy, becoming more Spacey, becoming Krauty, becoming Kozmique… A splendid Space-Rock Jam! “Psychedelic Scripture” was a must back in 2004 and of course still is in 2021, so all you SpaceHeads out there what are you waiting for? TimeLord Michalis

Get it via LITTLE CLOUD RECORDS

Get it through SHINY BEAST Mailorder