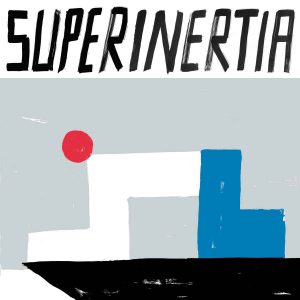 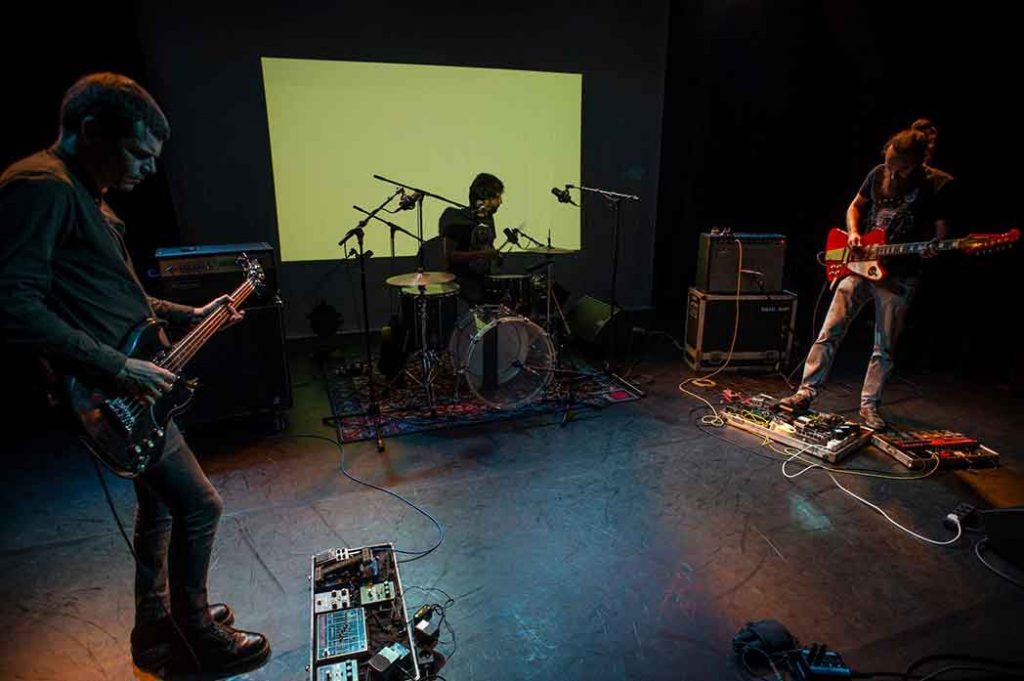 “Superinertia” is the 5th album by Portugal’s finest band, 10 000 Russos, and is released through Fuzz Club Records (10 000 Russos are “Residents” in that label since all of their earlier works were released by Fuzz Club). The press release states: “Portuguese experimental trio 10 000 Russos are gearing up for the release of their fifth album ‘Superinertia’, which is due out September 10th on Fuzz Club Records. Following on from 2019’s ‘Kompromat’ LP and tour dates around the UK, Europe, and Mexico in support, the Porto-based band describe ‘Superinertia’ as a record addressing the “state of inertia that humans live in the West nowadays. It isn’t a record about the past or future. It’s about now.” For all that ‘Superinertia’ might take aim at a world without motion, however, the same cannot be said of 10 000 Russos themselves.

On the one hand, since their 2013 debut LP and the three that have followed on Fuzz Club since (2015’s self-titled, 2017’s ‘Distress Distress’ and ‘Kompromat’), 10 000 Russos’ music has always been about as kinetic as it gets: a truly unrelenting and motorik sonic force. On the other hand, ‘Superinertia’ also sees the band itself move into whole new musical territories – aided especially by the recent addition of synth player Nils Meisel to the line-up (who replaces former bassist André Couto.)

“The synths really opened up the sound of the band and gave more routes for the music to journey down. The most important thing on this album was to not repeat ourselves. A new arc in our sound is coming to life”, drummer and vocalist João Pimenta explains. On said arc, the Russos sound is expanded to include moments that invoke Ry Cooder’s ‘Paris, Texas’ soundtrack (‘Mexicali/Calexico’), dancey outbursts that transport you to the 90s Summer of Love (‘Super Inertia’), the closest thing Russos have ever done to a pop song (‘A House Full of Garbage’) and even a touch of banjo (albeit one that sounds like a country band on amphetamines playing over a feedback-blasted Stooges beat.)”…

So, having in mind all this interesting piece of information let’s see what we have here. “Superinertia” consists of just 5 songs and it kicks off with “Station Europa”, under a ‘Krauty’ steady electro-beat that mixes with post-rock droney guitar sounds, a psycho-active musical pattern is being created, while the synths are adding a raw experimental mood to the track. “Saw The Damp”, is a tune that more or less moves into the same musical motive, a ‘controlled’ chaotic drum n’ beat n’ guitar background, a little ‘Krauty’ and a little ‘motorik’ without losing that 10 000 Russos’ particular shoegaze sounding… The self-titled “Superinertia” has a super shoegaze post-rock drone environment with a 90s sounding, full of guitar effects while a monotone groovy beat makes the tune a drone-dance anthem that eventually is being transformed into a psychic underground shoegaze experiment… The decibels are significantly reduced on “A House Full Of Garbage”, a much slower tune with an electronically flavored beat, some dreamy melodic passages by the guitar under an ambient-like droney soundscape with some really cool trippy spacey effects… The album comes to an end with the 14.40 min “Mexicali Calexico”, a long musical puzzle with sea waves, drone-guitar sounds, a monologue, a ‘cursed’ beat, experimental mood, hypnotic sonic dark patterns… Slowly and progressively the track is accelerating, moving into a Psych-Drone-Rock direction, adventurously trippy becoming highly Psych-Active while tons of Psych Spacey bubbles are over flooding the sound waves, a rather experimental tune but very keen to the ears… An interesting album that will not disappoint all Underground Seekers out there… TimeLord Michalis

Get it through FUZZ CLUB RECORDS Web