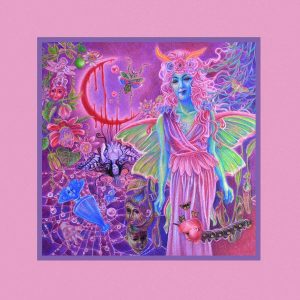 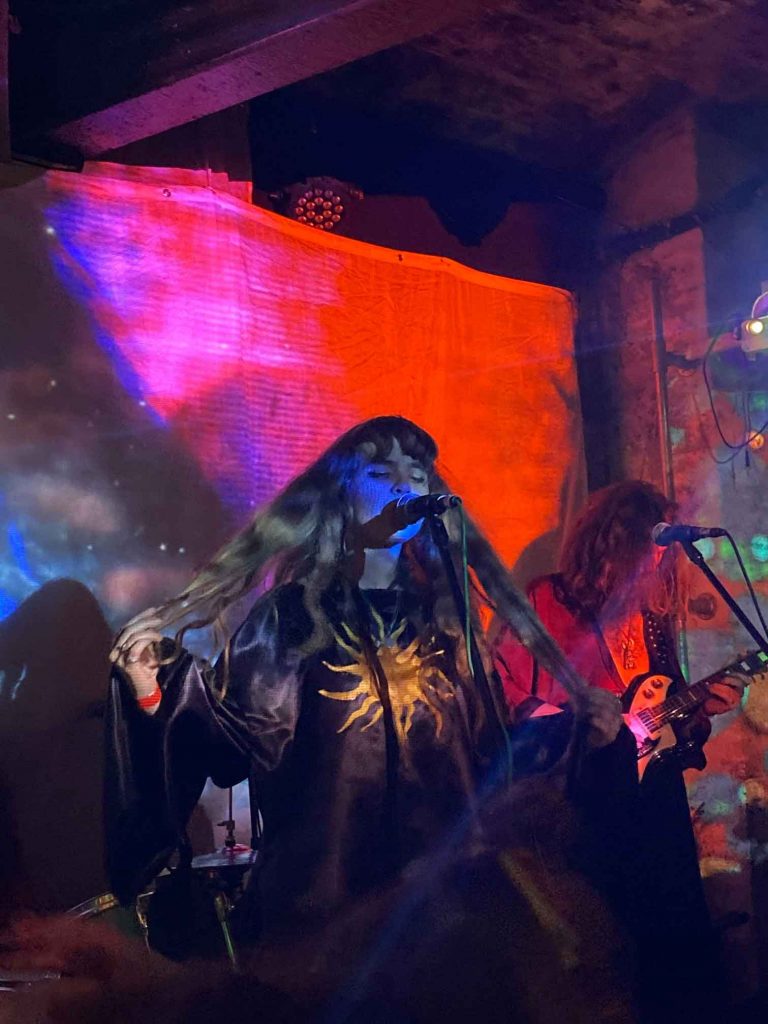 Rokurokubi is a group as well as a solo project. Singer-songwriter and multi-instrumentalist Rose Dutton, based in Brighton, England, started Rokurokubi as a solo project, writing songs and recording demos in her bedroom. Rokurokubi expanded as a duo when Rose invited Edmund Io to come along. Their debut LP album “Saturn in Pisces” was released in 2019 through Time Spun Records. Their follow-up LP is called “Iris, Flower Of Violence” and it is also released through Time Spun. We can read on their Bandcamp “Iris, Flower of Violence, is the result of three years hard work with their producer Wyndham Earl of Time Spun Records, is a collection of siren-sung fairy tales, told over a musical landscape of deep Acid-Folk and Psychedelic Rock”… The players that are taking part in the recordings are Rose Io (Vocals, Drums, Guitar, Organ, Piano), Edmund Io (Vocals, Electric Guitars, Bouzouki, Mandolin, Harp), Wyndham Earl (Bass Guitar, Piano, Electric Saz, Synth, Electric Guitar, Synths, Voice, Recorder, Percussion, Harp). There are also a few guests: Nina Günther( Cello), Toma Sapir (Drums), Isobel Jones (Flute, Voice), and Lauro Zanin (Electric Guitar).

“Iris, Flower Of Violence” consists of 10 beautiful songs covered with a huge bright colorful Folkie veil… The short (2:00min) opener “Come To The Fayre” is an intro that acts as an old children’s tune, so happy, so carefree, the acoustic instrumentation creates a superb Folkie scenery upon which the whole album would move… The first unexpected but truly MIND-BLOWING ‘slap in the face’ comes with the self-titled song, “Iris, Flower Of Violence” starts, under the same Folkie scenery, and the same acoustic instrumentation but when the fantastic guitar-riff enters (accompanied by a few keys) the track is literally launched! What I’m listening it can only be described as a let-loose version of “Personal Jesus” BUT by Johnny Cash’s version!!! All of a sudden, the song changes mood, changes direction, leading Alice (sorry Iris) straight to the rabbit hole, everything becomes tremendously Psychedelic without losing the initial Folkie shape and an amazing ‘flirt’ with Acid-Freak-folk starts to grow!!! So thrilling!!! And then there’s that brilliant “sssss” at the end of each word… so psychedelically hissing… “Cut Leader Murder” is an ideal psych-folk ballad, a perfect ‘induction’ in that cursed “Murder Ballads” LP, a perfect and cool company with Polly Jean and Kylie… “Match Girl” has a Folkie (what else?) background, the same narrative singing style, a mysterious track with strange vibes… With “Death & The Maiden” the duo dives deeper into the underground, becoming darker but much mellower that transforms into an Acid-Psych-a-Folkie exciting tune while the scenery becomes acidly eerie, a nightmarish atmosphere, very trippy with a strong Psych feel… “Nick” is another Folkie tune that flirts with Acid, and Freak-Folk too, a haunted monotonous monochrome rhythm at the back creates a weird darkish Psych landscape becoming weirder and experimentally trippier… “Nature Poem” is a wonderful folk-a-delic tune with warm sweet and soft vocals, a song about butterflies and other nature things… And now comes the second ‘heart stroke’ I got from this listening experience, it’s called “Katie Levitating” and it features the band Wax Machine. This is Psychedelia of the 21st-century bringing to mind all these late 60s Psychedelic bands based on female vocals, United States Of America, Peanut Butter Conspiracy, Music Emporium, Yankee Dollar… An unbelievable hallucinogenic mind-bending PSYCHEDELIC soundscape is being created, lysergically trippy… An LSD-overdosed tune that compounds late 60s Psychedelia, Acid Rock, Folk Rock, Freak Pagan Folk… A huge human musical blender that gives a colorful PSYCH juice with a strange flavor that tastes like nothing else you have tried before… WHAT A TRIP! Definitely, this is a substitute for LSD and I think that I’ve Got Levitation… The Folkie serene environment returns on “The Dance Of Moth & Wasp”, a musical fairytale, a beautiful “La la la” song, quite operatic towards its end… Eventually, the album comes to an end with “Eternity Magic”, a rhythmic Folk-Rock tune that sounds quite familiar with the opener of the album, there’s an acid-frak-folkie outburst at some point but finally manages to end as peacefully as it starts… Rokurokubi delivered to the world, a fantastically enchanted delicate album, Psychedelically delightful, a true crystal Folk-a-delic testament for the future generation… TimeLord Michalis 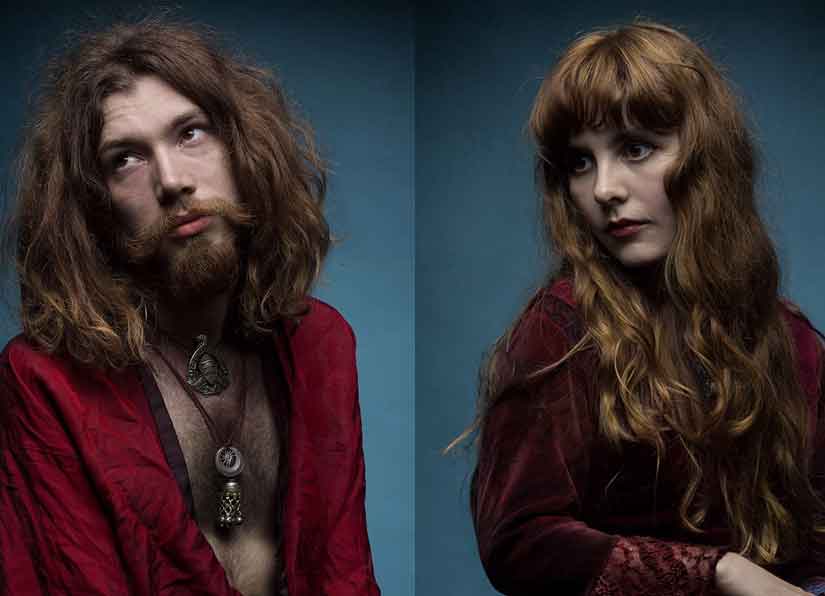