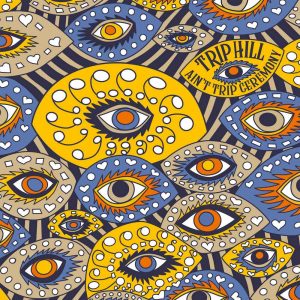 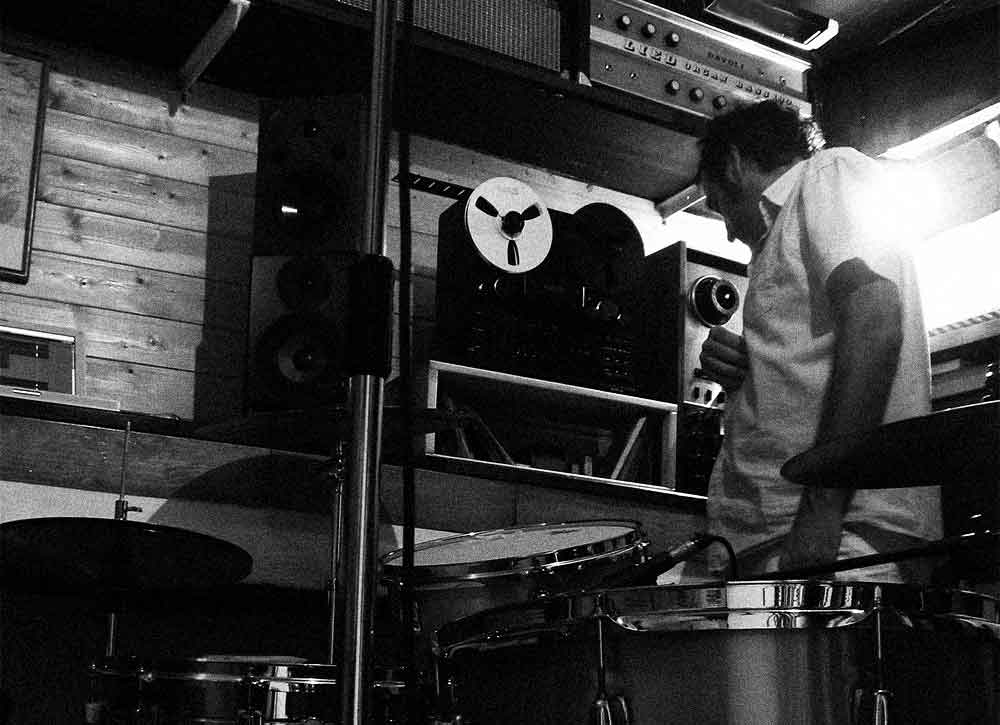 Trip Hill is the acid-psychedelic personal vehicle/solo project of Fabrizio Cecchi from Italy, started back in 1995. I first met with the name Trip Hill in 2014 when Germany label Clostridium Records released a Split LP between Lamp Of The Universe and Trip Hill. “Ain’t Trip Ceremony” was originally a digital/Bandcamp release by Trip Hill but Lars from Danish label Bad Afro Records is giving it the physical release format that it deserves!

Bad Afro’s press release reads: “Trip Hill is a one-man operation by Fabrizio Cecchi out of Florence, Italy. With a naïve approach to making music and inspiration from all over the world he is making his own homemade and original version of trippy psychedelia and krautrock.

Fabrizio Cecchi played in various garage and psych-rock bands in the early ’90s but by 1994 he set his own cause and started to work alone and in his own universe. Originally a bass player he since taught himself guitar, drums, keyboards, and various other instruments to be able to find his own way in making psychedelic music.

Ain’t Trip Ceremony is the latest output in a long string of experimental home productions recorded in his basement studio. Until recently it was only available on his Bandcamp and as a very cool limited edition CD-R with covers printed on thick cardboard with a special linograph technique. But now it gets the proper release on vinyl via Bad Afro Records that these recordings deserve. 1st print is limited to 500 copies on black vinyl”…

“Ain’t Trip Ceremony” consists of 8 tracks kicking off with “Dropside”, a track that was released as a Digital “precursor” song of the album on September 24, 2021. “Dropside” is characterized by a Krauty beat, electronically flavored, with a fuzzy guitar sound, there’s an intense post-rock futuristic feeling while the whole tune acts like an Electro-Kraut experiment! “Automatic” is highly electro-psych effected with numerous various sonic signals coming from the bottom of the well, a quite experimental track that magically blends a Spacemen 3 with a Spiritualized heady atmosphere! “Trái Tim Thán Yëu” is built upon a strong Krauty beat and a monotone repeated guitar riff, creating an addictive Psych soundscape that becomes fully Fuzz-a-Delic when the guitar takes the lead, slowly the track is transformed into an improvisational sonically distorted guitar-freak tune! “Spam Mind” has a very trippy rhythm, electronically fuzzy, and Kraut flirting, becoming a Mind-Blowing New Aged Experimental Psych tune! “Tame Ukhan” uses percussion and various guitar effects creating a Psych Avant-Garde scenery that progressively becomes a heady psychedelically flavored Mind-Trip! “Ralph’s Heart Attack” is pure Psych-Rock, Spacemen 3 influenced with a punky attitude, an acid funk-a-delic instro! The next one, “Pan” is a very different tune, it uses acoustic instrumentation that perfectly blends with a cool n’ soft wah-wah guitar sound creating a trippy electro-acoustic Spacey sonic landscape… The album comes to an end with the incredible “What Happened To Will”, a Freak-a-Delic tune drenched into Past Time Psychedelia, really mind-blending with a kind of a Psych Schizophrenic attitude, a fantastic modern creepy-licious anthem, AWESOME… “Dropside” will probably adorn the list of my personal BEST releases of 2021… Lastly, I need to mention the instant cohesion that I made when I first read the title of the album. And, I think I must try and ask Fabrizio if he had in mind that SPLENDID Ohio band that recorded just one album during their school days back in 1968, and goes by the name Ant Trip Ceremony… TimeLord Michalis