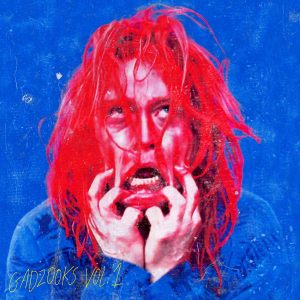 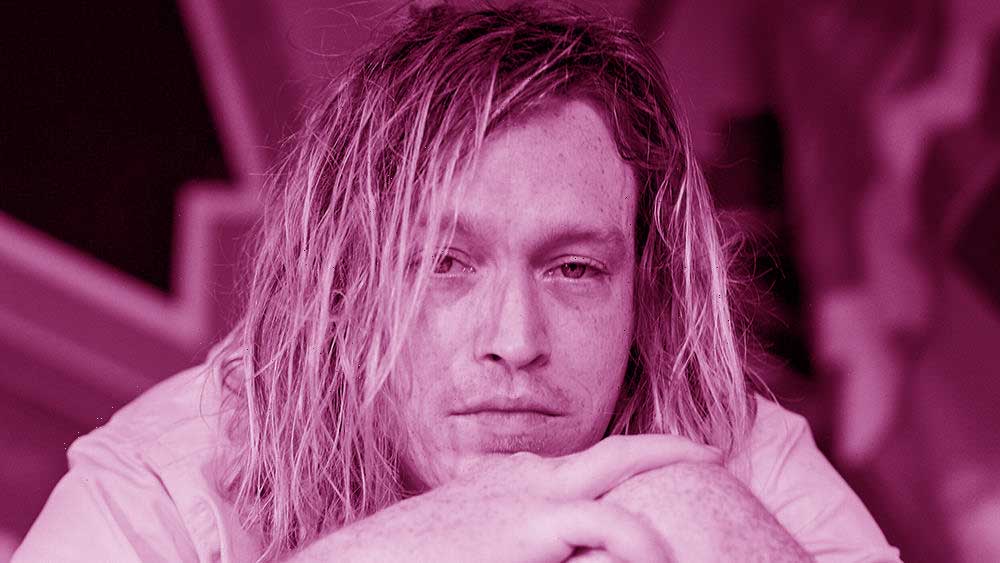 What a wonderful and unexpected surprise! Another BRILLIANT album by an actor! ??? Well, let me explain myself… It isn’t long ago since an actor from the UK blew me away with his latest LP album. I’m referring to British actor/musician Matt Berry and his LP “The Blue Elephant” (Acid Jazz Records)… On the other side of the ocean, another actor released ONE of the best Neo-Psychedelic albums of this 2021 pandemic year! Well, all of you cine-freaks out there, may have heard his name, Caleb Landry Jones, he played in many movies and one of his most known roles is Banshee in X-Men: First Class… It seems that “music” is Caleb’s secret passion and after I came across his album “Gadzooks Vol. 1” is that I discovered that this isn’t his first record as his debut was released last year (2020) entitled “The Mother Stone”… Well, by now, you may have thought something like “OK, another American actor out of thousands that releases music, so what?… BUT!!! This youngster here (born in 1989) seems that he knows his “lesson” extremely well! Let’s have a closer look at his Bandcamp notes before we start to explore “Gadzooks Vol. 1”:

“Gadzooks Vol. 1” contains 9 tracks/songs/creations and there’s no pause between the songs making this record a continuing musical journey… The opener “Never Wet” starts and I can’t believe my ears! Imagine a more slow-down, psychedelized, swirling, and Strings-infused version of that great Underground tune “Now” from the album “Cosmic Mind At Play” by that terrific 1970 Psychedelic band from Minneapolis, The Paisleys, and you may get the picture… W-O-W! And while I’m still in a sock, and only 93 seconds have passed, the song is abruptly interrupted and moves to the second track, “Yesterday Will Come”, a mid-tempo and super-extra BEATLES-influenced tune (Let It Be era) with an amazing mix of various different “things” going on at the background, emerging a nostalgic feeling and assimilating a fabulous 60s atmosphere, a quite Baroque n’ Psych delicious tune! “The Loon” with its strange deeply-effected vocal sounding and the beautifully disturbing soundscape, is an insanely torturously PopSike song, becoming a distortically sophisticated John Lennon tune… “Bogie” sounds like a lost track from The White Album sessions, while in the studio along with the fab four is Syd with members of Skip Bifferty and Tomorrow! “Gloria” is the most PSYCHEDELIC 38 seconds of new music that I’ve heard since I don’t even can remember! I believe that Caleb has studied The Claypool Lennon Delirium, this is quite obvious on the next track “California”, another extremely Beatlesque song, emerging a strange kind of gentleness… God, it’s so hard to describe the music that I’m listening to… Psychedelic Beatles are blending with LSD-operatic vocals… This is Genius Psych music! “For A Short Time” is another “out-of-this-world” tune that is very hard to be categorized, strings are mixing with slow warm vocals filling the atmosphere with melancholic vibes getting darker with a distorted funeral-like atmos, an eerie tune indeed! “A Slice Of Dreams” is a short 92 seconds tune, full of strangeness and psyche, a multi-effected tune that can only make me wonder what would have happened if these 90sec tracks were ever expanded to full-length Psych anthems… Eventually, the album closes with the structure-free 20min elegy “This Won’t Come Back”… There’s an evil haunted distorted melody on the piano which is sporadically being repeated through this magnificent experimental epicness… At some point, I catch myself being teleported back, in the middle of an Acid Test happening held by Key Kesey and his Merry Pranksters… The whole thing here acts like a free-form studio experiment using all sonic abilities that a studio console can provide… Feels like you’re inside a perverted reality in an ambiguous state of mind… Strange… So strange… Of course, this is not an “actual song”, this is not Pop music (though it has elements), this is a PSYCHEDELIC EXPERIMENT using lots of sound-trickery… I see an effort from Caleb, trying to incorporate everything he can absorb from the psychedelic 60s into his music… On the other hand, maybe not… But who cares? Let’s face the true facts here, the raw reality… Caleb Landry Jones delivered a Mind-Blowing album, destined to be cult in 50 years, or so… I can hardly imagine what a Vol.2 will sound like and I’m very desperately looking forward to it… Needless to say, “Gadzooks Vol. 1” is one of the best albums of the last… DECADE! TimeLord Michalis

Buy it via SHINY BEAST Mailorder

Get it through SACRED BONES RECORDS