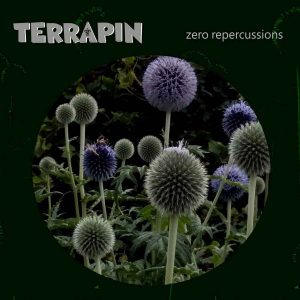 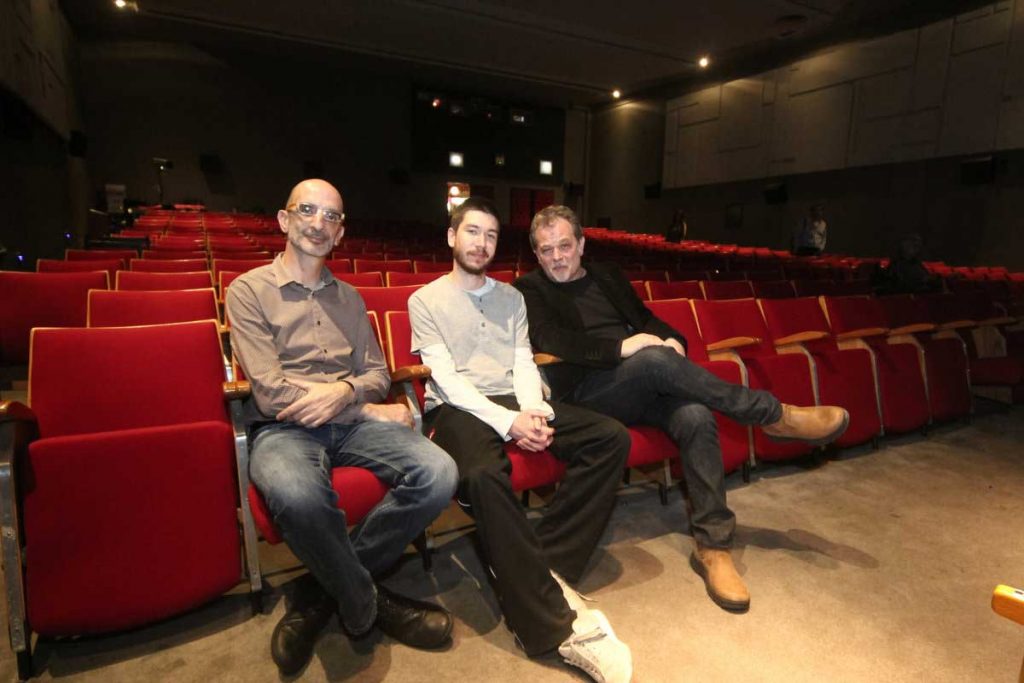 This is the second album by No Man’s Land main man Vassilis Athanassiadis and his personal vehicle Terrapin (you can read our review of Terrapin’s 2017 debut “Sanctuary” album, here:). “Zero Repercussions” was initially released in May 2020, through Terrapin’s Bandcamp as a Digital release while the band is self-releasing it on CD format. On their Bandcamp they describe their sound “rooted in psychedelia-infused folk-rock, incorporating prog and folk-jazz elements, at times veering into free improvisation. But time-honored songwriting remains the constant axis of their music”… The trio of Terrapin in this album consists of Vassilis Bas Athanassiadis (vocals, electric guitar, 12 string acoustic guitar, cümbüş, Korg Monotron), George Tzivas (drums, percussion), and Kostas Sidirokastritis (backing vocals, bass, keyboards, electric guitar). All music & lyrics by Vassilis Athanassiadis except “(Prolonged accusation) Mind probe” lyrics by Sandra Dillon. Produced and arranged by Terrapin. Artwork by George Tzivas. Recorded and mixed by Gustav Penka at Suono Studio, Athens, GR. Mastered by Nick Townsend at Townsend Mastering, Costa Mesa, California, USA.

“Zero Repercussions” contains 8 tracks plus 2 bonus tracks that are not mentioned on the cover of the CD. The opener “In The Fields Of Unknown Gates” is a Pop-Folkie tune drenched into that characteristic melancholic Terrapin sound, there’s some interesting acoustic instrumentation while I can detect an 80s post-dark atmosphere… “Hymn” is a mid-tempo tune with a strong jazz feel, an acoustic guitar sound that flirts with Pop-Prog, also there’s some space left over there towards the end for the trio to improvise a little, cool! “(Prolonged accusation) Mind Probe” blends Pop, Folk, and Rock elements creating an eclectic post-something song! “The Woods” is an acoustic kind of balladesque song, indicating a nice n’ warm late-night melody, emerging a Bluesy feeling, suddenly an electro-acoustic guitar solo adds some melancholic vibes in the air, musically it reminds me a lot of some early 80s Dire Straits ballads, hmmm… “Infinite Trajectories” is psych-tinged post-rock, flirting with Jazz while the trio is presenting some really interesting musical ideas, I can only imagine what could have happened if Terrapin expanded these ideas live on stage for 20 or 30 minutes! A tune with great potentials, indeed! My personal highlight “Early Morning” moves into the same acoustic “Terrapin” motive, blending Pop, Prog, Rock, and Jazz, adding a pinch of Psych and a little improvisation, eventually becoming a Psych tune that somehow lost its way, possibly… With the next one “Epithalamion” the band enters a little further inside the Psych (or so-called) atmosphere, the song is another excellent specimen of great songwriting and interesting instrumentation… Things are getting darker (at least at the beginning) on the last track of the album “Graciously”, a rhythmic Folkie-Pop-Psych tune and I’m getting that same previous guitar-based Dire Straits feeling, though the music here has nothing to do with Mark Knopfler’s music, strange… There are 2 bonus tracks that follow, the first is an instrumental version of “Graciously” with a cool and slightly different intro while the second one is a demo version of the opener “In The Fields Of Unknown Gates”, a raw but warm version, an unplugged one with just Vassilis’ voice and his acoustic guitar that gives us an idea of how exactly were the songs before they took their final form in the album… So, despite the title of the album, I can assure you that after listening to the tracks, the repercussions that I received were far away from zero. “Zero Repercussions” is a testimony of the Art of Songwriting… So, the sign is Positive! Absolutely! TimeLord Michalis