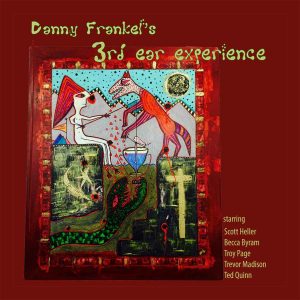 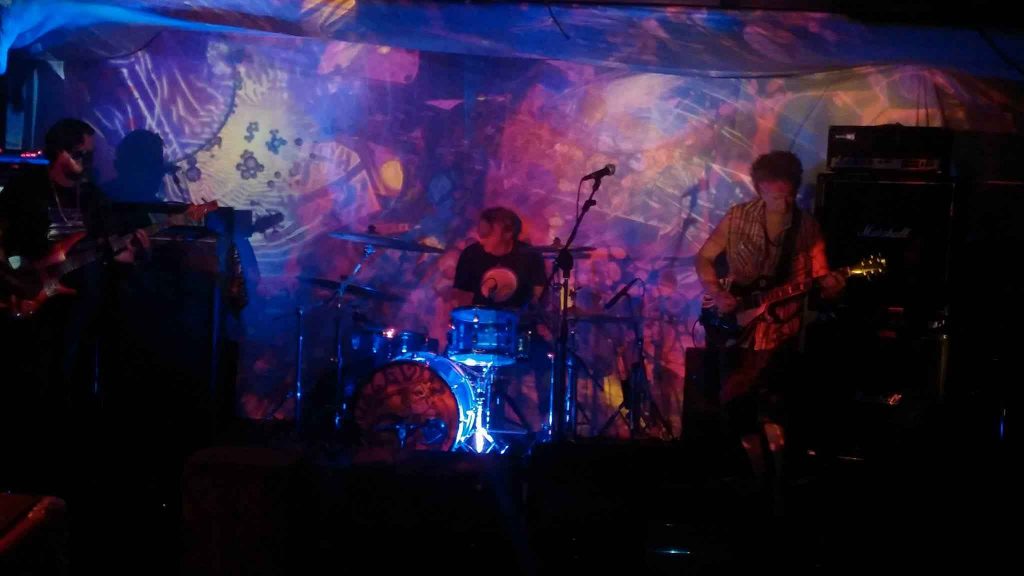 3rd Ear Experience… Hailing from California, releasing Space Rock records since 2012, a bunch of musicians, passionates for exploration, specialists at blending elements of Space Rock and old-time Psychedelia along with touches of Progressive Rock, Krautrock, and World music, so there are no boundaries here… A look at their Bandcamp press release explains, among others, the title of their CD release: “November 11th, 2020 the year of six feet apart, a brutal summer behind us, the desert haboob’s dust long settled, the lying brat in the white house won’t let go, an icy wind blowing soft and low, vaxxers and anti-vaxxers, masked bandits and shopping carts, all the stages gone dark, all eyes wide open and shut six feet apart.
On a cool but sunny winters day, we gathered at the FurstWurld Gallery, each in his own bubble reflecting, dreams six feet apart, Hutch from Joshua Tree set up the studio with great mics and methods of placements, you see, we really wanted to go for a live sound, with the whole band in one room and Hutch was Kyuss’s live sound engineer so it all made sense.
This was Danny Frankel’s first time having a 3rd Ear Experience. We had ideas, but no maps, we brought in Trevor Madison who had never played keys before, never played in a rock band, we counted in the first jam, not in numbers, but in colors, and so began the collaboration with Danny, and the ghosts of Covid roamed far from the haunted house, and we, warmly safe and sealed in by the desert, filled the great silver Quonset hut of the world with music, far from the madding crowd, six feet apart. – go!”…

The CD album consists of just 6 tracks, from 4 min to 18min long, and it kicks off with a long intro entitled “A Beautiful Question”, spacey effected, guitar-based with a weird but cool background sounding. “What Are Their Names” is the longest track here (18:17) and the most adventurous I may say, starting as a jam-like improvisation tune sooner to be transformed into a Prog-Space anthem (with a few lyrics) that almost sounds like a YES tune (musically speaking of course), then the electric guitar takes the lead and along with the Space-Synths they are launching the track into this colorful Stratosphere of Modern Space Rock, returning to band’s familiar improvised style after a while, reaching Heavy Spaceness and finally finding a way to set free from the Orbit… “Cosmos Glazed Elephant” is a super cool deeply spacey-effected mysterious tune with lots of Free space for the “percussion” to shine, a glorious experimental and improvisational tune! “Weep No More” is another cool track, soft n’ spacey, with no outbursts at all, kind of a sentimental tune with a very cool psycho-affective guitar sound, but slowly and progressively the song obtains a much heavier identification, diving into a spacey Ocean full of sounds, synths, effects, trying to explore New Territories… it’s almost impossible to get bored when you’re inside a 3rd Ear Experience musical Journey! The last two tracks are called “Timelessness Speaks Pt.1” and “Timelessness Speaks Pt.2”, full of weirdness with mysterious sounds and no music till the keys start to lead the way, the way out of this dark tunnel that we’ve been to… The scenery becomes kind of ambient, futuristic with a little bit scary atmosphere, then the mood changes again, this time to a more improvised Space Rock oriented but the atmosphere somehow magically preserves its initially Space serenity… A rather cool Trip… I will certainly be a volunteer as a Cosmic Passenger to their next one, which I’m looking forward to… TimeLord Michalis