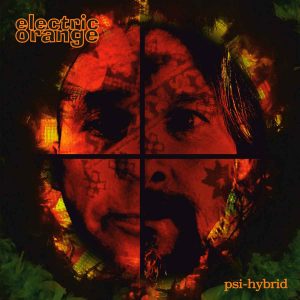 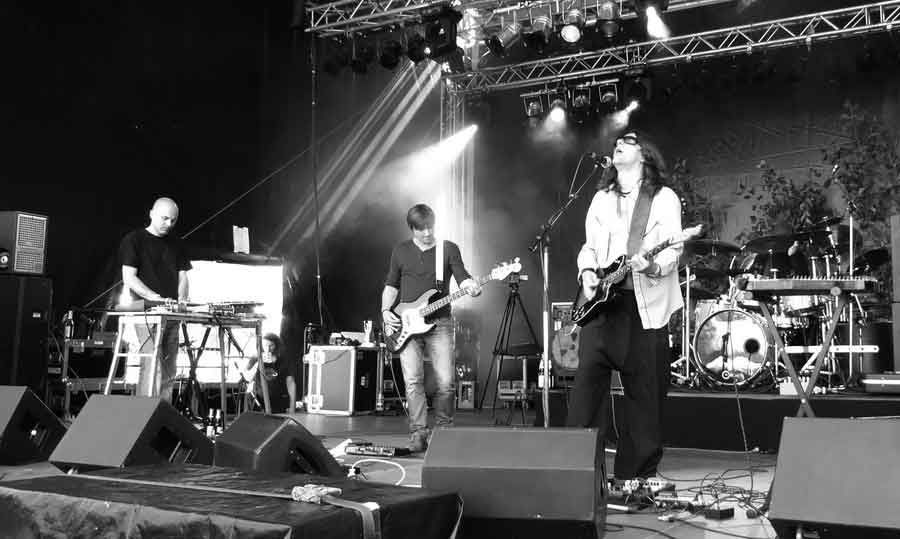 Format: LP Vinyl will be released later by the band

What we have here on “Psi-Hybrid” is 1 hour 11 minutes and 51 seconds divided into 10 tracks! “Psi-Hybrid” is one of those albums that is hard to pick a favorite track, it’s not easy to choose a song to air it on your radio show, no fill-ins over here, 72 minutes of great Space-Kraut music! The opener “Report” is a short 57 seconds intro with weird TV/Radio/Movie audio female samples. The album actually starts with “Dilectric”, an instrumental with an amazing amalgam of trippy but rhythmic sounds, funky, groovy, and super Spacey! This is a fine example of how elegant has become Electric Orange’s modern aged Space-Kraut! On “Season Of The Bitch” the scenery becomes more Spacey with an industrialized futuristic edge, kind of cinematic that flirts with heaviness while billions of spacey bubbles are filling the atmosphere, the Sax launches the track into a “free-zone” into Space where early 70s Hawkwind are meeting with Daevid Allen and his Gong-ers, but there’s more! The track manages to end into an incredible wah-wah-Funk-a-licious “Ozrics” way! “Shingle Robe” is a monstrous mysterious and adventurous magnificent anthem, hailing from the very depths of outer Space while “Phenomenon” is rhythmic, Spacey, and full Krauty, with an experimental touch, inventing a brilliant Neu/Kraftwerk New Sound! The weird “Psycho Harmony” follows, strange percussion with a tribal-like drum beat entering mysterious mindfields… Reminding that is always fun having an Experiment in Space! “Mesocarp Blues” has an eerie kind of distorted acoustic environment where the Bass-Flute shines, resulting in an extra “Set The Controls For…” touch to the track, a Blues Experiment in Space! No Gravity! Awesome! A Blues Experiment supervised by Gong! With “Subcutaneous Star”, Electric Orange are entering deeper into Space, the scenery becomes, even more, darker, with tribal drumming, weird soundings, a rather cinematic atmosphere that can only be described as you’re inside a David Lynch movie! “Wacky Amoebatrons” starts and we’re still in Space, but this time we’re having a Kraut Experiment! What an unbelievable experience! What a Trip! All these sounds have created a virtual reality inside my brain… and I’m located there… I mean I’m in the middle of my Brain! How’s that even possible? What’s going on here? No time to think, Electric Orange, safely sends me back to my previous state of mind with the last track “Erusamu Basement”, a relaxing atmospheric spacey trip, experimental and quite improvisational, but pretty much “grounded”… Safe back home… But, hey! I wanna do it again and again and again… “Psi-Hybrid” is one of these albums that will DEFINE the New Age of Kraut-Space… TimeLord Michalis