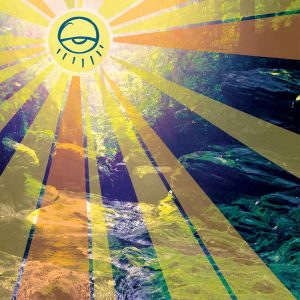 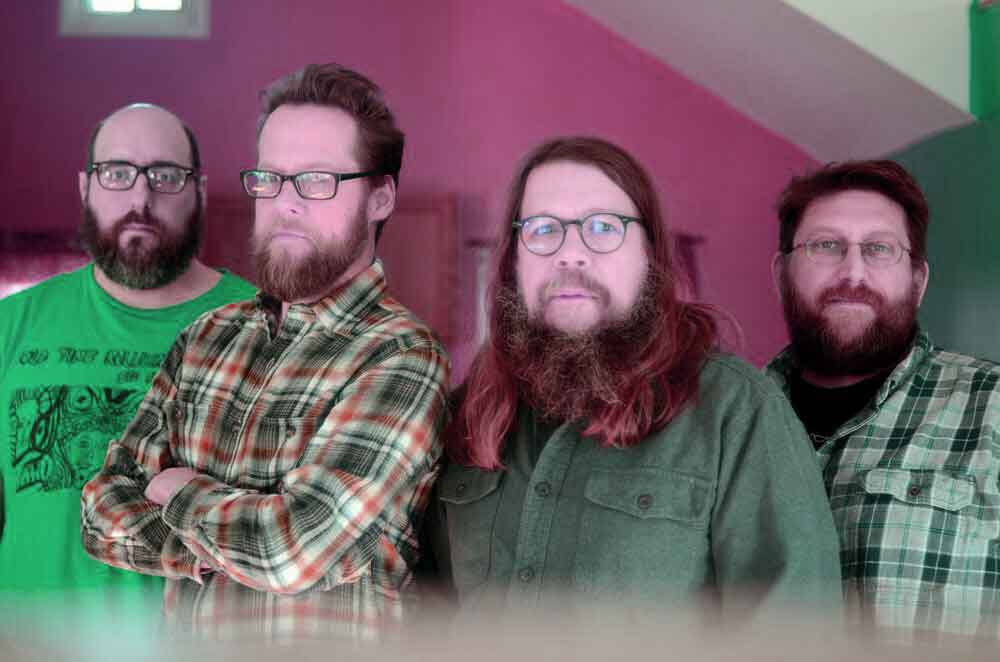 “Elixor of Life is the second album of 2021 for Jeffrey Alexander + The Heavy Lidders. The first, a self-titled affair, was released on Arrowhawk Records this past August and is well noted for its craftful songwriting and tight musicianship. For Alexander, someone known for his psychedelic meanderings in Dire Wolves and the experimental folk sounds of both The Iditarod and Black Forest/Black Sea, this was a departure from the norm. It is with the release of Elixor of Life that we see a different side of this Heavy Lidders project, one that is a bit more unbuttoned and relaxed. All of this isn’t to say that the sound and stylings of the group’s debut have been deserted, for the references to Neil Young’s Crazy Horse days remain omnipresent, as do the nods to Dinosaur Jr. and the Meat Puppets. This second album is a return to the wild abandon so to speak, albeit with a more mystical twist.

In 1694, the Transylvanian-born Johannes Kelpius, a man of great intellect and spirituality, settled in newly-founded Philadelphia. Joining him in establishing residence on the wooded hillsides overlooking Wissahickon Creek were dozens of other men who would become known as “The Society of the Woman in the Wilderness”, a collective of meditational monks whose central tenets included the use of instrumental music as a mode for worship. It should come as no surprise then to learn that Jeffrey Alexander, who today lives mere steps from these mystic grounds, has tapped into the lore of this mysterious society. Alexander and his own band of spiritual wanderers not only practice the same kind of metaphysical transference with their music, a sort of elixor within itself, they also pay homage to Kelpius and his order with the aptly titled “Hermits of the Ridge”.
Alexander’s Heavy Lidders have always featured a variety of collaborators. Early iterations of the lineup included appearances from folks like Kryssi Battalene (Mountain Movers, Headroom), Marissa Nadler, and Jeff Tobias (Sunwatchers). For Elixor of Life, as well as the band’s self-titled album on Arrowhawk Records, The Heavy Lidders lineup has solidified and includes Jesse Shepherd (bass) and guitarist Drew Gardner (both of Elkhorn), as well drummer Scott Verrastro (Kohoutek). This core unit, like Alexander, is well-versed in the art of improvisation, and while Alexander and crew’s first album leans more towards a more structured and traditional songwriting approach, Elixor of Life plays into the group’s collective strength, the ability to create within the moment – and the willingness to expand their playing for the sake of making music a more devotional experience”…

“Elixor Of Life” contains just 4 tracks/compositions, 2 on each side of the vinyl LP. The opener “Spiral Light Season” is a laid-back tune, with a dreamy electric guitar sound, a warm and cozy melody, slowly unfolding an improvised jam-a-like musical pattern, leading the listener to that famous Frisco crossroad, where The Dead are having one of their usual legendary free concerts, this is so Magical! And even more Magical is this cover version of “Spoonful”, an unexpected one (of course with the necessary vocals), electrical, jammy, guitar-based while you (the listener) are still located in that famous Hashbury joint… This is a very Jerry Garcia-ish version (you know what I mean), the guitar sound is so God damn hot that you can visualize the Dark Star… Side ‘B’ opens with “Hermits Of The Ridge”, the band’s musical homage to Johannes Kelpius and The Society of the Woman in the Wilderness, a cool tune with double (or maybe triple) guitar sounding… (- or is it just my imagination… you know the story with Mick and Keith about listening to a Robert Johnson record -) … an improvised tune with the guitar moving into so many different colorful soundscapes that it’s impossible to feel bored! “Ashokan” begins and I get the feeling that from all these 4 songs, this particular one is the most “close” to that meditational Monks’ instrumental music. A long trippy acoustic and improvisational start, quite psychedelic in a way, sounding very natural but simultaneously so far away… Great job guys… Thanks for the Music… Much appreciated it… TimeLord Michalis

Listen through JEFFREY ALEXANDER AND THE HEAVY LIDDERS Bandcamp

Get the album through SHINY BEAST Mailorder