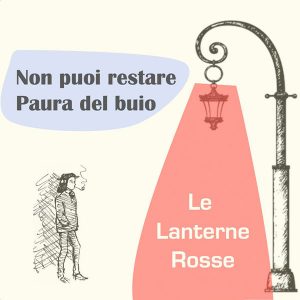 This is the latest release of the Greek independent “Garage” label, Lost In Tyme Records and it’s about a newly formed band from Italy, but (as most of the time) with an interesting background history! Here’s the press release note, so you can get an idea of what this is about:

“First rehearsing together a few months prior to these recordings, the Red Lanterns (Le Lanterne Rosse) have a flexible line-up. Started as an idea of Matteo (I Fenomeni) on vocals/guitars and occasionally bass, soon joined by Francesco (with whom he played since their early teens) on everything else, and finally by Diego on drums (Head & The Hares and then playing with Matteo and Francesco with the Painted Brush). The band is joined during the studio session by Fulvio (Sciacalli, Victorians, etc.) for a cameo on lead guitar (Paura del Buio). The band members are spread across Rome and Brussels and rehearse sporadically but are very committed to playing their folk-psych-Italian-beat grooves”…

So, what we have here is 2 splendid Italian Neo-Beat tunes, one on each of the 2 sides of the 7 inch single, while the production is astonishing! “Paura Del Buio” is a nice Beat-a-delic tune with a killer frantic freak-a-delicious guitar break and an even more PSYCHic ending! On Side ‘B’, “Non Puoi Restare”, is a little more slow tune, with warm vocals (front & backing), a folkie touch, cool harmonies, a nice melody, and a very intense 60s Italian Beat feeling! A cool 45er and you better hurry up because there’s a limited run of only 300 copies! TimeLord Michalis 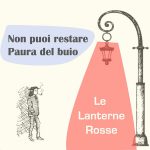 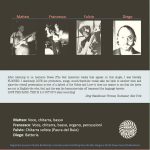