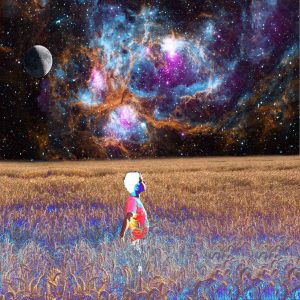 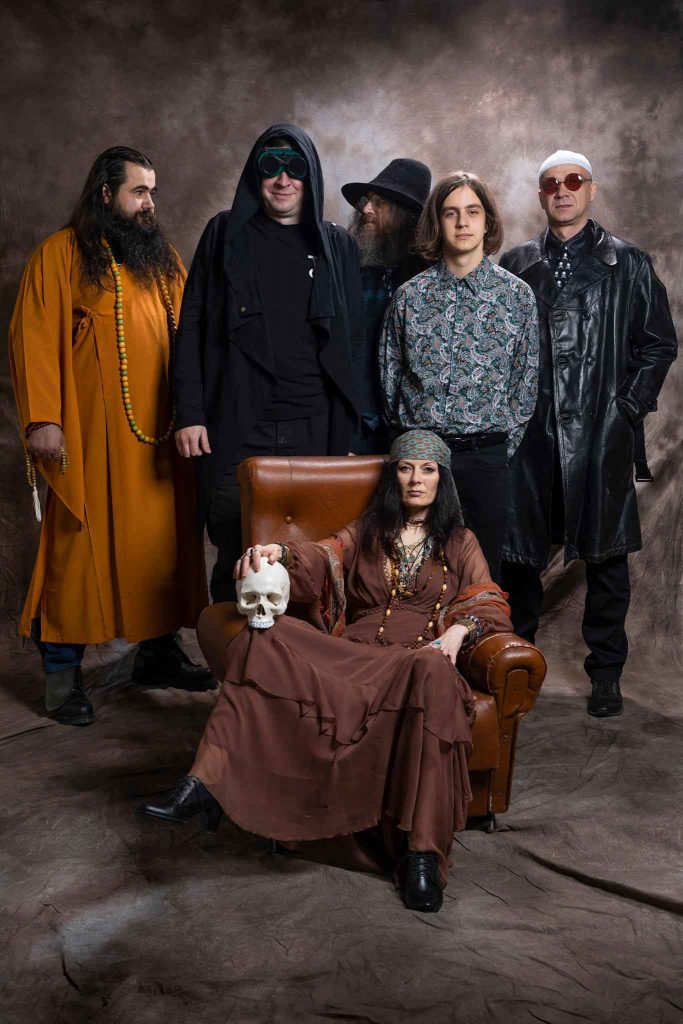 There’s very little information about this Polish band but we are so impressed by their release (once more thanks to our partner, the Bandcamper, for noting this out) that we decided for some further investigation…  More Experience is a Polish band, founded at the end of the ’80s as a psychedelic project inspired by Jimi Hendrix, Pink Floyd, Jefferson Airplane, and others. Now, it`s a studio project realized by Piotr Dudzikowski and his brothers and sisters in music. Under the pseudonym Jimmy, Piotr was a member of Positive Vibration, one of the legends of the Polish reggae scene, starting in the early 90s and active since today. More Experience’s previous album releases (“From Acid Dreams”, “Piosenki Szuflady”, “Follow Me”) were all digital ones (through their Bandcamp) and were all released during 2020. The musicians that are taking part in “Electric Laboratory of High Space Experience” are

The album consists of 8 songs/tracks/units/compositions with a total duration of over 51 minutes. A 51-minutes experience starting from Midnight and ending at the Dawn… The album starts… The opener is called “The Twilight (Lunatic Space Diary)”, and when, for the 3:40min you hear just the sound of a cricket supported by other “from-a-distance” night sounds, then you do not know what to expect next! With a risen curiosity I stepped into the second song and I must confess that the following tunes left me literally speechless… The second song, “The Dream”, is a fantastic Progressive Rock tune coming straight from the early days of this “Swirl” label, the Vertigo one! Of course, during the 11:50 min of this ‘epos’, the track successfully operates long dives into late 60s West Coast Psychedelia and to early 70s Canterbury sound, ending in a rather Prog-Spacey experimental way! “The Trip” is a strange tune, indicating a Psychedelic background with spoken words, narrative vocals in a deep characteristic voice like the ones of an old Wiseman (or a storyteller if you prefer, just use your imagination), telling the tale of a Trip among the Nebulas and the Stars, a tune that slowly transforms into a lysergic mind-bending PSYCH fairytale, passing through Floyd’s “Interstellar Overdrive” and reaching an “Echoes” atmosphere, and all these in just 6 minutes and 23 seconds… “The Mind” starts as a Heavy Psych rocker with female vocals becoming a keys-dominated Prog (Old-School) tune, extremely flirting with the 70s YES era, also there is some jazzy fusion-like passing here, but ending in the most unexpected Tribal-African-Psych-Funk-a-delic way! Marvelous! … Beelzebufo Ampinga was a particularly large species of prehistoric frog described in 2008. Common names assigned by the popular media include devil frog, devil toad, and the frog from hell… The next one is called “Beelzebufo (Lunatic Space Diary)” and you may have guessed it’s another weird recording, documenting the nocturnal nature… The next one is called “Fairy Tale” (Lunatic Space Diary) – OK, I am the same as you, wondering about this Lunatic Space Diary – it’s another narrative song accompanied by an acoustic guitar and some effected keys, creating a very futuristic Proggy environment that ends as suddenly as it started… The self-titled “Electric Laboratory of High Space Experience” is a cool Proggy tune dominated  (at least in the first minutes) by synths and sequencers, slowly moving to a balladesque atmos with female vocals and without losing its Progressive edge, the electric guitar sound is now taking the lead but somehow manages to disappear as suddenly as it came, finally, the track ends in weirdness and loneliness… The album comes to an end with “At The Gates Of Dawn (Lunatic Space Diary)” and by the title, of course, you’ve guessed right… Another “excerpt” from Captain’s Lunatic Space Diary… More birds are tweeting, so it must be Dawn… The Sun rises… It’s A New Dawn… It’s A New Day… and I’m Feeling Fine… One of the BEST albums of 2021, unfortunately only on CD format, but who knows what the future will bring? TimeLord Michalis