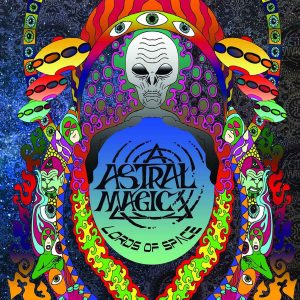 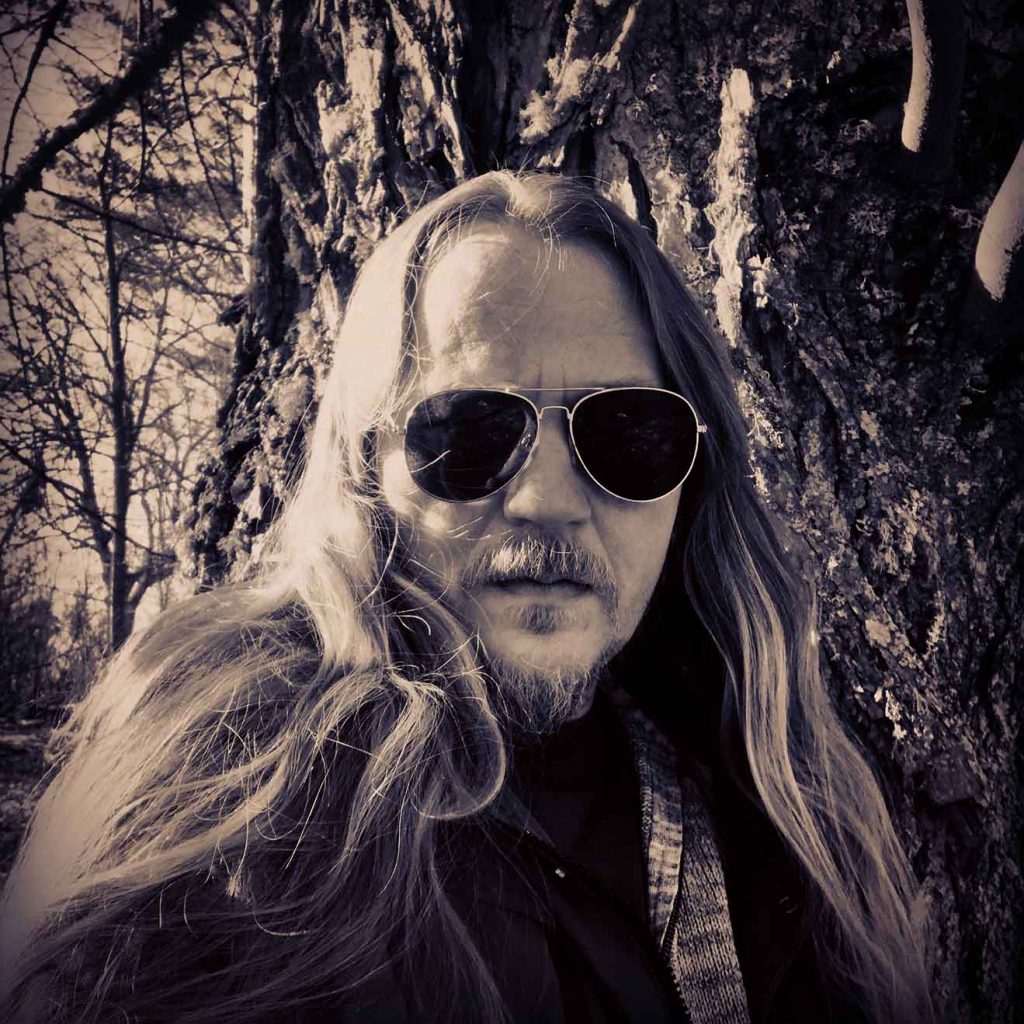 I believe that many of you out there are familiar with the Finnish band Dark Sun (and the Rising Telepaths) playing Space Rock and started back in 1991. Also, I’m pretty sure that you’re aware of DJ Astro, the Man who provides the Underground with interesting reviews and other things from his blog for many years now… Astral Magic is a new Space Rock musical project hailing from Finland too and the connection link between Dark Sun, DJ Astro, and Astral Magic is Mr. Santtu Laakso. Santtu played Moog for Dark Sun, he is DJ Astro, and Astral Magic is his new project! So simple! Though Astral Magic exists for only a couple of years, they have numerous digital releases through their Bandcamp page. Germany label, Clostridium Records, presents Astral Magic’s debut vinyl LP (also on CD) called “Lords Of Space”. The press release reads:

“Astral Magic is a new psychedelic music project by SanttuLaakso from Finland. He used to play bass and Moog in space rock band Dark Sun (started in 1991) and is also known as Dj Astro. If you went to Roadburn between 2007 and 2014 you have probably heard him play some mind-blowing sounds there with the legendary Kozmik Ken (R.I.P.).

Lords of Space is certainly a heavy, psychedelic space rock album following in the footsteps of Visions of Infinity, that was released on LP and CD on Space Rock Productions last year. This time in addition to vocals, bass and plenty of synths Santtu played most of the guitars by himself. Guest guitarists include doom metal legend Kimi Kärki (ex-Revered Bizarre, Lord Vicar, E-musikgruppe Lux Ohr etc.), UK space rocker Vince Cory (ex-Psychedelic Warlords, Sonic Trip Project etc.) and US multi-instrumentalist Jay Tausic (ex-Chrome etc.), who plays drums on all the tracks as well. The CD version also includes the single Child of the Wild / The Undead where the guitars are delivered by Finnish metal/hard rock guitarist Mikael Haavisto (ex-Ranger, Chalise). The album was mastered by Scott “Dr. Space” Heller and the cover art is done by Dale Simpson.

Astral Magic was started in March 2020 to make all kinds of psychedelic, trippy music. As a long-time music collector and writer (Psychotropic Zone, Aural Innovations, Bad Acid, Astral Zone etc.) Santtu has lots of musician friends all over the world and he has invited many of them to take part in the Astral Magic recordings. He has been very productive and around 300 tracks have been created so far.

The vinyl LP version of “Lords Of Space” contains 8 songs while the CD version includes 2 more bonus tracks. The album kicks off with the self-titled “Lords Of Space”, a Hawkwind-ized Space Rock tune, full of power and energy while “Spirit Of The Age” comes to mind… “Chakra Vimana” is fueled with more electrical power, it’s a sonic Space journey across the universe, an incredibly Spaced-Out and deeply synthesized instrumental! “Head Encounter” is an energetic heavy Space-Rock tune, guitar-based, with lots of spacey effects and of course, the necessary ‘Hawkwind Aura’ is not missing from the track! “The Fall Of Atlantis” is a slower one, there’s a dreamy soundscape but still in a spacey-rock motive with tons of shimmering electric guitar sounds… With “Set On Flames” we’re back in full power and full speed mode! High decibels and a rather high quality of modernized Space-Rock! “Android Rebellion” with its out-of-space effected intro slowly develops into a cool spacey and Rockey tune… “Run Or Hide” is overflooded with Spacey synths while the powerful and steady rhythm section makes it a New-Age Space-Rock anthem! The vinyl version closes with “Cosmic Games”, a ‘Hawkwind’ tune that manages to throw huge amounts of Space Rock Cosmic energy upon the listener! The 2 CD bonus tracks, “Child Of The Wild” and “The Undead” are straight Space Rock tunes, dynamic, modernized, and without any excessive boring endless jamming. “Lords Of Space” is an album that will definitely make you look back to the glorious Space Rock times of the 70s but is also an album that blinks an eye to the nowadays Modern Space Rock scene and is strongly recommended for all you Space Invaders/Seekers out there! TimeLord Michalis

Get it via CLOSTRIDIUM RECORDS Web

Alternatively, get it through SHINY BEAST Mailorder