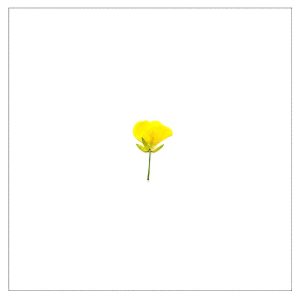 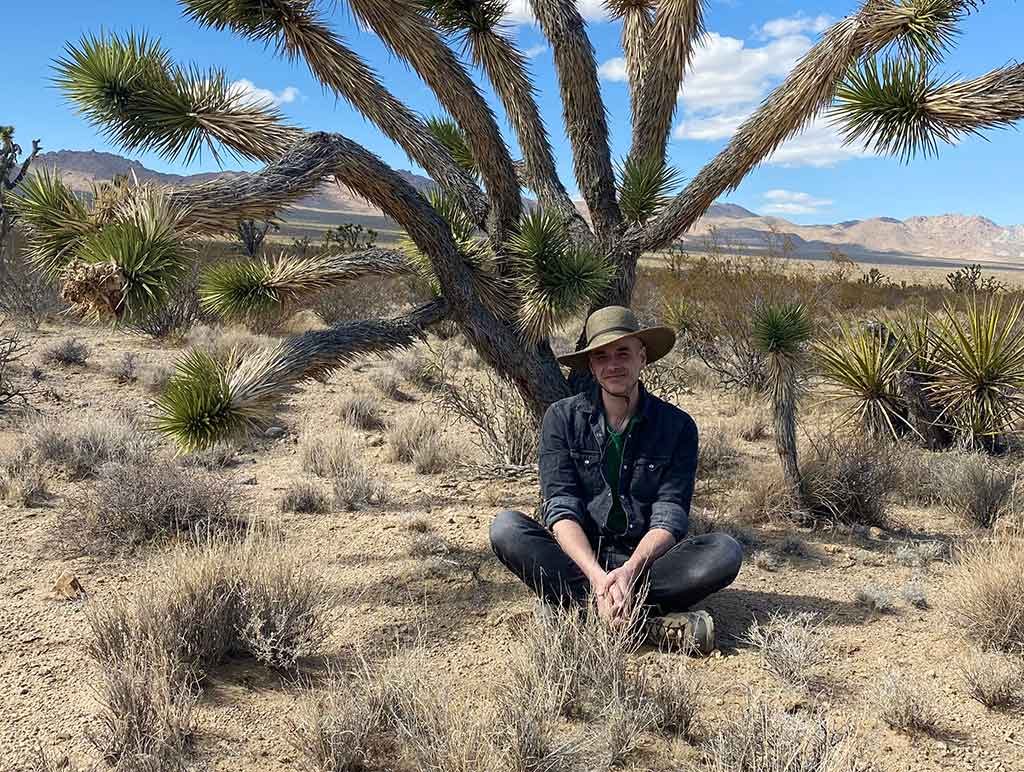 Format: Cassette, Limited Edition (Each cassette copy is unique and handmade with a pressed and dried canola flower), 50 copies

Behind the M.H.H. moniker, we meet Minnesota-based singer-songwriter, Matthew Himes. Matthew is a mysterious loner, moving to experimental, folk, and melancholic poetry, among others. His new work is called “Cassiope: Protection Songs For Guitar” and the short press release states:

“Following up last year’s well-received solo album “Hemlock & Bergamot”, Matthew Himes returns with “Cassiope”, an offering of new instrumental works and improvisations made over the past year. This music has been created in the spirit of protection. Each track is devoted to a unique respective force, based upon elemental flora and deities of antiquity. The work has been crafted through a range of techniques and approaches, moving through intimate acoustic improvisation and pastoral shimmer, to deep cosmic drift and howl. A blessing upon the house”…

The cassette consists of 8 songs while the titles of some of them are quite interesting, like for example, the title of the opener “Baptisia”, which is a word pretty familiar to all Greeks, and I’m so curious to find out why he used the Greek word “Baptisia” instead of the most common (outside Greece) “Baptisms”… Anyhow…“Baptisia” has a soft and full of tranquility acoustic guitar start while the atmosphere is serene, almost ambient, the track slowly evolves into something like an Eastern-influenced kind of Raga composition, weird but cool. “Argus” – another Greek word, obviously – starts under a trippy mind-bending and a quite psychedelic way, various guitar soundings are mixing together creating a kind of Folkie cosmic improvised instrumental, another weird one, still cool! “Pedicel” with its acoustic scenery, is warm and soft, spraying the air with cosmic vibes… “Soteria” is another acoustic improvised tune but quite esoteric, very self-explorative I may guess… “Seia” moves into the same acoustic improvisational way of playing, emerging a dark feeling, isolated, cosmic, and quite experimental! “Quiritis” is a trippy folkie one while “Delphinium” is improvisational, pastoral, emerging serenity… Eventually, the album closes with “Verbena”, a short tune ending the cassette in a cold dark, and a rather scary way… “Cassiope: Protection Songs For Guitar” is a very difficult and occult set of interesting experimental acoustic guitar tunes, patiently waiting out there to be discovered by some true modern Seekers of the Underground… TimeLord Michalis

Baptisia is another name for False Indigo, a sturdy, flowering perennial that can grow as tall as an average adult. The flower is native through North America, attracting butterflies, moths, hummingbirds, and bees. Indigo flowers have been used as a protective magical element for centuries, to be worn on the person or used around the home, and considered especially useful for animals. Indigo is regarded as feminine in nature and associated with Venus. The plant itself is toxic and shouldn’t be consumed, but the flower and colors are thought to bring a calming effect and bring balance, direction, and enhanced perception and intuition. The recording is a reflection on these ideas, an intuitive improvisation for electric guitar and electronics, recorded live in Stereo.

In ancient Greek mythology, Argus was regarded as “All-seeing”, a primordial giant with as many as 100 eyes, known to be an excellent watchman because he never fell asleep. In the legend, Argus was eventually slain by Hermes, who managed to get the watchful giant to doze off by playing his reed pipes until each and every eye closed, and then Hermes cut off his head! After death, Argus’ eyes were removed by the goddess Hera and set into the tail of the peacock. This track is an arrangement for lap-steel, bass, and electric guitar, with shruti box, synthesizer, and electronics, created for watchfulness, dedicated to the all-seeing eye.

Pedicel is the botanical name for the small stalk or stem part of a flowering plant. The stem supports the structure of the flower, acting as a pathway for nutrients to travel from the plant’s roots to the blossoms, seeds, and fruit. Flowers of all kinds have so much historical meaning and traditional interpretation, each with centuries of respective cultural symbolism. This piece is a modal improvisation in C for electric piano, electronics, and nylon string guitar, focused on the intention of supporting the bloom, and passing restorative energy to the outer surface.

Soteria is a quiet improvisation for acoustic nylon string guitar, and one of the first formative Protective Songs created for this album. If you listen closely, you can hear midday birds singing quietly in the background from my backyard. In Greek mythology, Soteria was the goddess of safety and salvation, worshiped as divine, and considered the personification of safety and deliverance from harm. She was depicted as a woman wearing a laurel wreath crown, a symbol of victory. The Soteria was also the name of a series of ancient festivals held in many Greek cities, consisting of offerings, musical events, and festivities celebrating deliverance from danger. The song is an offering and a request for deliverance.

Seia is an ancient Roman goddess of agriculture, protecting the farmer’s seeds once they’ve been sown in the earth. Also known as Fructesea, she is considered a rural goddess who is called upon to guard the crop and to help grow the most abundant fruits. This piece is an improvisation for electric guitar with E-bow and electronics, made with the focus of planting our future harvest in fertile soil for slow germination. A gift for Seia, seeds sown for tomorrow’s yield.

Quiritis was the Sabine goddess of protection and motherhood, known to specifically protect mothers and married women. Her name is derived from the root of the word spear, and she was often seen holding a spear or lance in ancient depictions. The piece is an improvisation for archtop steel-string guitar and wooden bass flute, with synthesizer and electronics. This is an edit of a longer improvisation and was another of the initial Protection Songs that formed the concept of this album. This music was made following the report of a violent midday attack nearby in my South Minneapolis neighborhood and was made with the intention of summoning protection and providing emotional release.

Delphinium, also known as Lark’s Spur, is a beautiful and poisonous tall flowering plant that grows wild across Europe and the US. The toxin carried in the plant causes a form of neuromuscular paralysis, leading to asphyxiation and even death, but symbolically Delphinium represents new opportunities and openness to new experiences. The flower was traditionally carried for protection against scorpion stings and was traded as a representation of courage and good fortune, and planted in remembrance and memorial to passed loved ones. This piece is an improvisation for electric guitar, synthesizer, and electronics, a song for new beginnings, and a shield against poisons of all kinds.

The word Verbena is the broader Latin term for sacred plants used in religious ceremonies. The flower has a long history of association with supernatural forces, being referred to as “Tears of Isis” in ancient Egypt after the great goddess Isis, weeping for her beloved departed husband Osiris after he was betrayed and murdered by his own brother. Verbena is seen traditionally as a symbol of romance and sweet memories, symbolizing protection, healing, creativity, and happiness. In Christian tradition, it is believed that Verbena was used to treat Jesus’ wounds after the crucifixion. The plant has antiseptic properties and is used medicinally in many capacities to treat symptoms from bronchitis, migraines, and kidney stones to easing symptoms of anxiety, depression, and insomnia. The last song is an improvisation for electric guitar and electronic processing. Verbena was recorded at dusk as the early Winter sunset, made with the intention of ceremonial recovery. 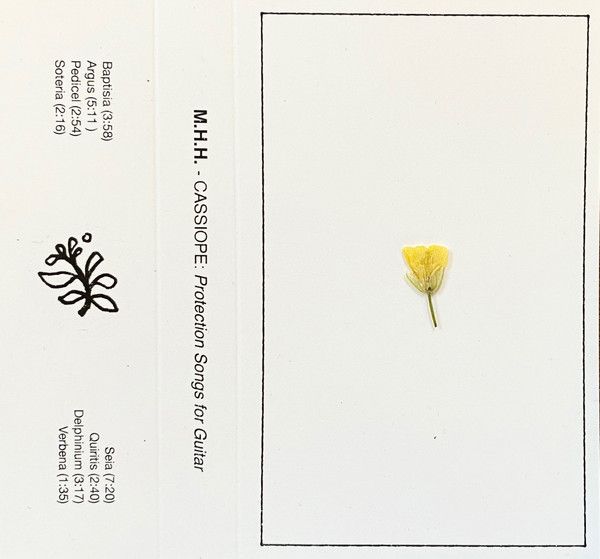