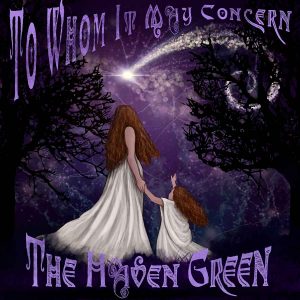 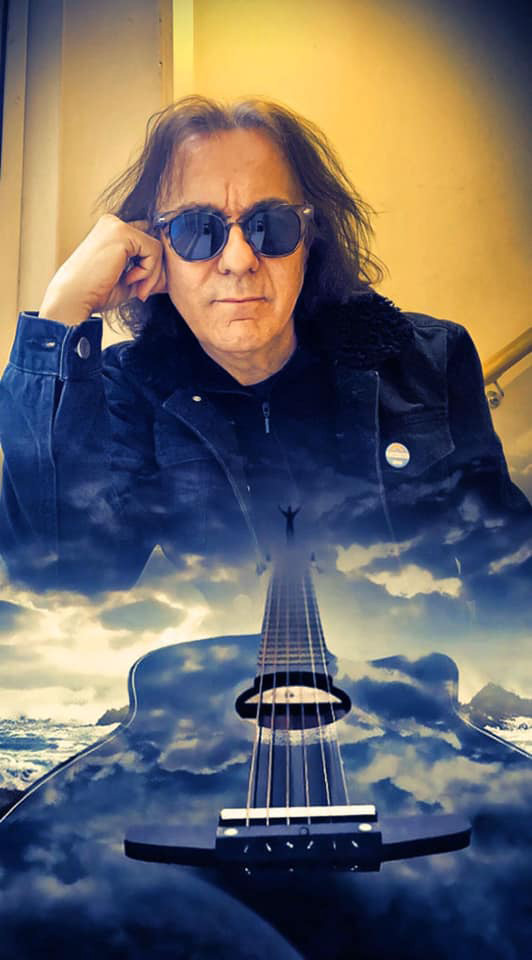 The Haven Green is the new musical project of Steve Somerset. I happen to know Steve from the early days and first issues of TimeMaZine Fanzine, around 2007-08. I was really blown away by his 2 CD releases, “Smiling Worlds Apart” (2008) and “Nostalgia For The Future” (2011), and since, I was always wondering about him and his musical continuity… All of a sudden, a few days ago, John from Mega Dodo Records sent me a new album for reviewing purposes entitled “To Whom It May Concern” by an unknown band to me, The Haven Green. To my surprise, I found out that this band is Steve’s new project! Yeah! Well, at this point let’s have a look at the press release:

“In the mid-eighties Steve Somerset had moved to London and was working as part of the creative team for Kevin Godley and Lol Creme at their video production company Medialab. He was living in Ealing near a green space called Haven Green and thought The Haven Green sounded like the name of a late sixties band; he even came up with a title for their album ‘To Whom It May Concern’. It was an idea he always kept on the back burner, so fast forward through many jobs, bands, projects, and flats to 2021 when he found himself sitting on a sofa in Highgate writing a song called ‘Journey To The Stars’. Immediately he thought “this sounds like The Haven Green”. He recorded the song the next day and the following day wrote two more songs. The material just poured out and within three weeks he had recorded the whole album.
It all happened very quickly but looking back now he thinks the main themes of the album are hope and new beginnings which of course, coming out of the pandemic, made perfect sense. These are themes which chime with the sentiments of much of the music of the sixties to which The Haven Green knowingly and lovingly tip their hats.
Bio:
Worked for Kevin Godley and Lol Creme at Medialab. Worked on videos for INXS, Sting, Rush, Thompson Twins, Howard Jones as well as Band Aid, Fashion Aid, and Artists Against Apartheid.
Produced The Wish List an album commemorating fifty years of The M.S. Society featured music by Justin Hayward, Stephen Duffy, XTC, Steve Hogarth, and more.
Wrote and Recorded four albums under the name The Shadow Kabinet”…
“To Whom It May Concern” consists of 8 songs/compositions. It kicks off with “The Message/Journey To The Stars”, after a short message read by Steve, the track starts and immediately the magic of Pop songwriting hits you in the face! An amazing Power-Pop song that somehow (at least in my mind) reminds me of some of the later works of the Great Merrel Fankhauser! Steve knows how to write songs and I mean completed songs with music, lyrics, and MELODIES! The finest example is the track “Remember Him”, there’s a wondrous electric guitar sound that travels you back to the glory days of the past, to the magical days of pop-songwriting, to the innocent 60s! I’m listening to the first notes of “Will They Ever Learn?” and it seems that Steve traveled through Space and Time to deliver us that heavenly power-pop melody! “God Doesn’t Know” is a balladesque tune, sweet and warm, full of nostalgia, drenched with some bitter melancholy. “Lonely City” is a mid-tempo Poppy tune, a great reminder of the Shadow Kabinet glorious days… “Don’t Worry About Tomorrow” is one of my 2 personal highlights of the album, the heavenly-sent Chorus line launches the song into that Pantheon of the Greatest Pop Anthems while a distinctive fantastic Sitar sounding gives a gently psychedelic touch to the final result. My 2nd favorite in here is the next one, called “If You Could See”, a bittersweet ballad with a feeling of melancholy, an astonishing unbelievable tune that flirts with Prog, Pop, Psych, including a Morpheus story and literally becoming (if I may borrow a lyric from the song) the ideal Soundtrack of our Dream! … “If you could hear what I can hear, I take you to a place where music plays each and every day”… Splendid! Eventually, the album closes with “Just Around The Corner”, a sweet kind of balladesque song… So, in conclusion, Steve Somerset delivered us an album full of ethereal “heavenly” melodic tunes, reminding us not only of The Fab Four but the whole 60s mind-blowing Psych-Poppy era! “To Whom It May Concern” is an album that will beautify not only your days, your nights too… TimeLord Michalis