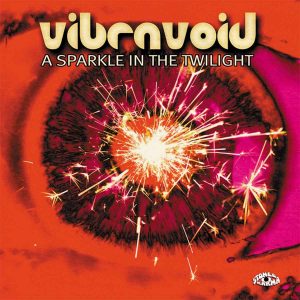 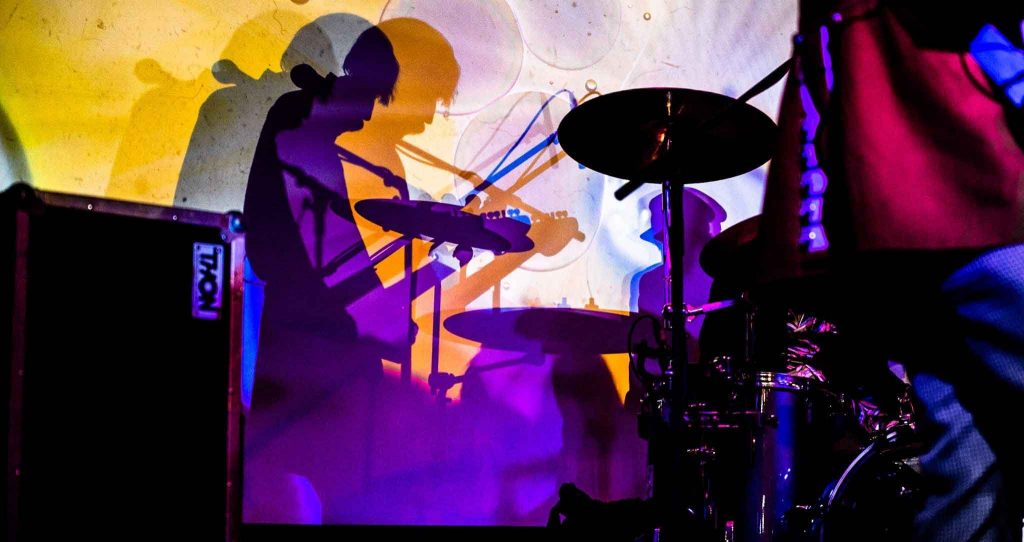 The always busy mynd of “The unstoppable ACID-PSYCH Machine” – which translates/refers to VIBRAVOID – and after “Zeitgeist Generator” (released just 3 months ago), Dr. Koch throws in the market 2 new albums with original material! Well, it seems that musically and lyrically speaking, inspiration is a very close friend to the Doktor (aka Christian Koch). Of course, we have to “blame” the troubled times we are living these days that gave “food” to the restless Doktor to create another brilliant set of PSYCH songs and released them in 2 different albums. Both albums were recorded months apart from each other and you have (also) to blame the crazy over-productive-vinyl days that we are living, for an almost simultaneous release of both albums! So, what we have here is 2 Vibravoid albums, released at the same time, 2 albums that sound so similar between them but at the same time so different! Generally speaking about “A Sparkle In The Twilight” and “The Clocks That Time Forget”, Christian is using that formula that he discovered, that Psych Formula where he can make the Acid Sound more admissible in the ears, and by the way he used it with great success on his previous “Zeitgeist Generator” LP, but the new thing here is that the well-known Vibravoid Wall of Sound (and from now on I will refer to this as VWoS) became bigger, taller… You see, all 19 songs, on both albums, are amazingly surrounded by a dazzling shimmering compact wall of sound that is built with electric guitars and tons of fuzz pedals!

In this review, we’re going to deal with “A Sparkle In The Twilight”. (Check the next post in order to read the review for the album “The Clocks That Time Forget”…)

Let’s have a closer look/listen to “A Sparkle In The Twilight” starting with the MIND BLOWING 3D cover! Wow! But, you’ll have to grab it in your hands and see it in actual time to realize how astonishing it is! On with the music now… The opener “Candy Girl” is a song that by the very first chord/note/sound, the listener is being tele-transported into that groovy “Happening” place called “Electric Psychedelic Pussycat Swingers Club”. Colors everywhere, strobe lights with liquid effects, and people are dancing to the groovylicious stereophonic music by the guest band of the evening, the Vibravoid! In other words, “Candy Girl” is a song where Fuzz meats melody and they together go to a Pop Discoteque to have fun… This kind of danceable mood continues on with the next one “Inner Sanctum” but with a little bit of extra rhythmic beat, a track that gets out of you a nostalgic feeling, somehow. Despite the “happy” music, the lyrics are quite pessimistic… “We all live and we all die – I cannot find the reason why – All things must pass and all things must go and I would like to know”… Of course, it isn’t so hard to figure it out with all that “shit” that happened the past 2 years in the world, and still happening! “Faded Memory” starts and the music flows directly inside your veins, all fruity and nutritious ingredients of Vibravoid’s music are now inside you, mixed with your blood, and almost instantly a feeling of Euphoria hits your Brain, this is a very melodic and acidly-poppy tune! Now it’s time for some sweet anti-allergic Acid to run inside your Brain cells, Acid that fluently runs through “Place And Time”… Side ‘A’ of “A Sparkle In The Twilight” comes to an end with “Black Bowler Hat”, a story about a magic hat with lyrics like “… make it easy take it slow, we will make some flowers grow…” and when mixed with some groovy “la la la’s” then makes me wonder if this is how Flower Power music should sound nowadays. Definitely yes, is the answer! Side ‘B’ opens with the official correspondent of the New Wave of Psychedelic Sound for the summer of 2022! … “We close the door… We don’t kill anymore… In the Summer of Love where the Flowers frow… In the Summer of Love Sky Saxon knows… In the Summer of Love with Brian Jones… We’re going round and round in circles”… Yes, this is the ULTIMATE PSYCHEDELIC summer hit of 2022! Sky Sunlight Saxon would have been very proud… “The Secrets In Her Eyes” is an Acid Op-Art Psych-Pop nugget! It is really unbelievable what kind of sound can these guitars produce in the right hands, Dr. Koch’s in this occasion… The next one, “Cut To The Bone”, is a very strong and “rough” tune overflooded with million gallons of Pure Acid guitar soundings. And, maybe for the first time here, the lyrics are so tied up with the music… Strong lyrics rough music… “Cut to the bone and the damage is done… Can you touch down when you’re 8 miles high?”… Of course, I NEED to mention the magnificent Theremin sound that not only fills any gaps but also shines with its glorious distinctive presence! Yes, the music and the lyrics act together but in some cases, there are some lyrics that supplant the music… I mean the importance of lyrics… Like the next one which is called “When The People Arise”, a song that carries a very important message… Christian is shouting at your face “We can overcome, we can overcome”… Is anybody listening? In the meantime, as the track goes on, the VWoS has by now reached the skies! It’s huge! It’s full of Acid guitars and numerous psychedelically flavored effects, it looks/sounds so inaccessible… The album eventually comes to an end with “Plug Me In”, an erotic love song, or maybe not, it depends on how you decode the lyrics, a very rhythmic tune, totally danceable, and Sheik-a-delic, acidly drenched (of course!), full of Psychedelic Innuendos! So, in conclusion… This is “A Sparkle In The Twilight”, a new Vibravoid album, that ALL Vibravoid fans will enjoy and admire but also is a “friendly environment” music album for the non-initiated… Let the candidates get in… Let the ceremony begin… As much for myself, I will leave you with some of my favorite lyrics from another time, another era… Lyrics that described in the best way my feelings about “A Sparkle In The Twilight”… “Oh what a beautiful feeling… Everything shimmering in the Twilight… Look at that sunset… I’ve never seen such colors before… It all seems suspended in eternity… I wish moments like these would last forever… I’m not worried anymore…” TimeLord Michalis

Also, the Doktor has a new album ready! It’s called “The Presidents Of The Poison Air”. So, you’re advised to watch out for this space, you’ll be the first to learn more info!

Also, there’s a Groovy Facebook video of “The Secrets In Her Eyes”