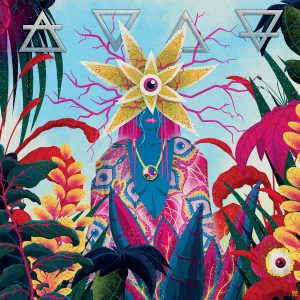 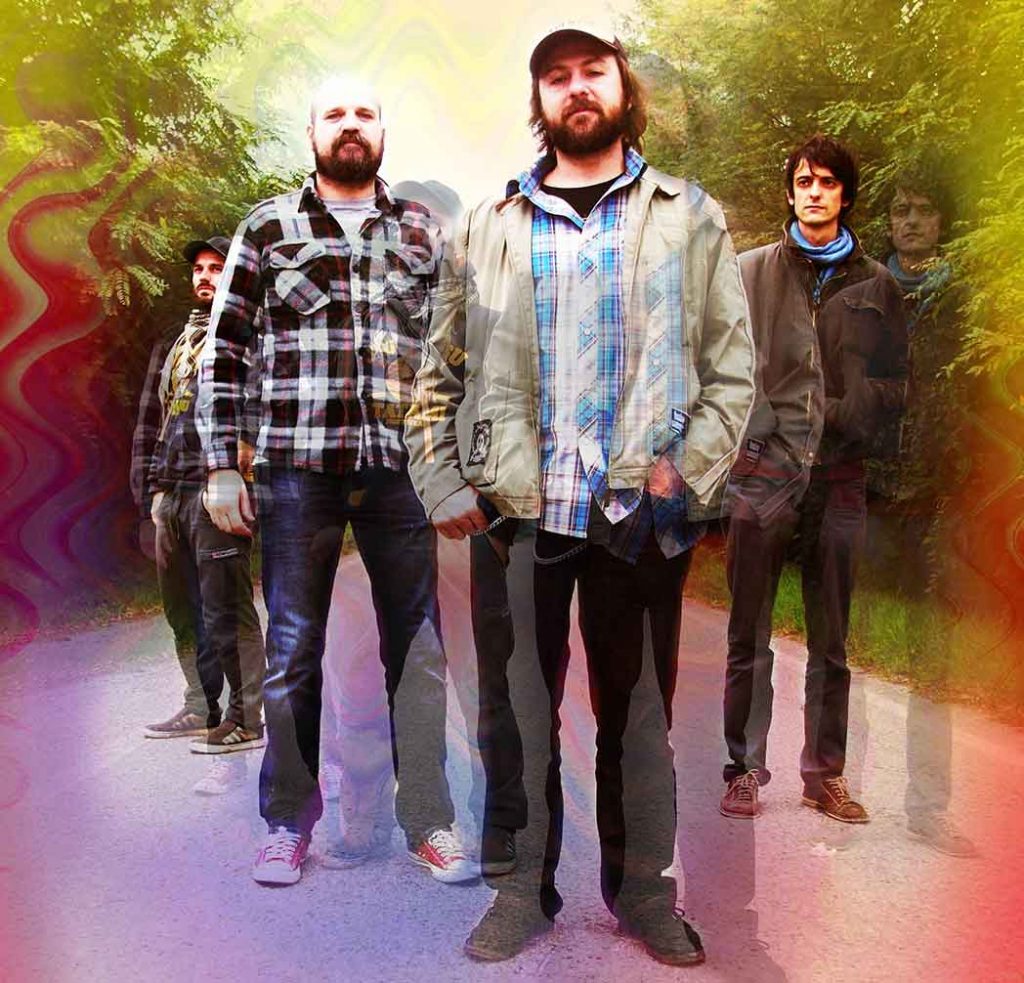 Da Captain Trips were formed back in 2009, started as a joke, and based in the north of Italy between Piacenza and Lecco. The name of the band is a tribute to the amazing saga “The Dark Tower” by Stephen King and they are an instrumental improvisational jam band drawing inspiration from the 60s and 70s, especially the psychedelic rock era. Da Captain Trips are: Riccardo Cavicchia (Guitars), Federico Chiappa (Bass), Tommaso Villa (Drums & Percussions), and Paolo “Apollo” Negri (Keyboards). “Maths of the Elements” is their 4th full-length album and is released through Vincebus Eruptum (LP) and Bloodrock (CD). Most of Da Captain Trips’ stuff is released through Vincebus Eruptum and let’s check the press release that Davidew (head/owner of Vincebus Eruptum) sent us:

“Maths of the Elements is the fourth full length of the band and comes after five years from “Adventures in the Upside Down”. This album is dedicated to Nature, its Elements, and the slow growth of everything. Each track wants to drive the listener to immerse themselves in a slow journey of awareness of the elements of nature. The songs breathe and develop slowly, are more dilated and improvised than “Adventures in the upside-down”. Each Captain album is different from the previous one also thanks to the line-up changes that this time sees Bachis give way to Paolo “Apollo” Negri on keyboards. This allows the band to reach still unexplored territories, abandoning in some cases the song form. Between songs, field recordings by the friend Hi-Fi Panorama were added to help the process and Kabuto also gives his interpretation with the artwork. The central figure represents the shaman/scientist who tries to interpret and analyze the surrounding nature. But, being part of nature itself, it cries because understanding is both touching and disturbing. The design is completed by the four symbols of the elements, air, water, fire, and earth”…

The vinyl album consists of 6 tracks while the CD version contains 1 more as a bonus track. All titles are related to Nature and its elements. There’s no pause between the tracks, the music flows ‘naturally’ like the water on the river… The album kicks off with “Rivers: Water And Earth Stream” and by the very first second you can detect a very ‘grounded’ or may I call it ‘earthly’ approach to their improvised proggy music. A wondrous musical landscape, slowly develops, with a serene lovely, and gentle melody line by the guitar, and while the band keeps on improvising the listener starts floating, and it all seems and sounds, so natural. “Deserts: Earth And Air Carve” uses the same musical pattern as the previous track, the band continues to investigate unexplored territories, the music becomes mysteriously dreamy, and it doesn’t leave you not even for one second to be disoriented, it’s a musical journey, an adventure to another Soundland, that becomes sophisticated trippy towards its end, almost with a post-rock touching… “Mountains: Fire And Earth Sculpt” starts, and various sounds from the ‘Nature’ are mixed together with a peaceful post-rock musical motive that the band creates, with a shimmering but cool electric guitar sound, the exploration continues into an electronically flavored soundscape, becoming a little proggy and krauty-flirting a bit… With “Clouds: Water And Fire Shape” we are placed inside the Clouds, so it’s time for some Spacey-infused music, with an experimental and improvisational approach, and an addictive remarkable rhythm that makes the track quite adventurous and fascinating, launching it into a Space-Prog universe… “Oceans: Air And Water Form” starts in a more ‘Space’ and less ‘Prog’ mood with a great emotional touch, then becomes more ‘Prog’ less ‘Space’ while it dives into a sentimental ocean of cool sounds and lovely melodic passages… “Skies: Fire And Air Set” it’s serene, dreamy, still adventurous, quite Spacey with an amazing Piano sounding, another cool track that sets the scene up in the skies and far away, a fantastic piece of music, quite trippylicious! The CD bonus track is called “Crystal”, a very different track, slow with an experimental approach! “Maths of the Elements” is a very satisfying album, a listening pleasure that will help your trip to some faraway unknown lands of the mind, and believe me we really need such Trips these days, right Captain? TimeLord Michalis