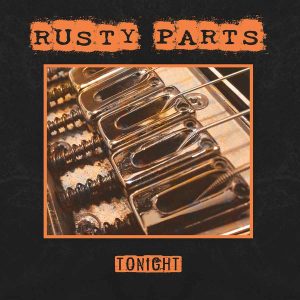 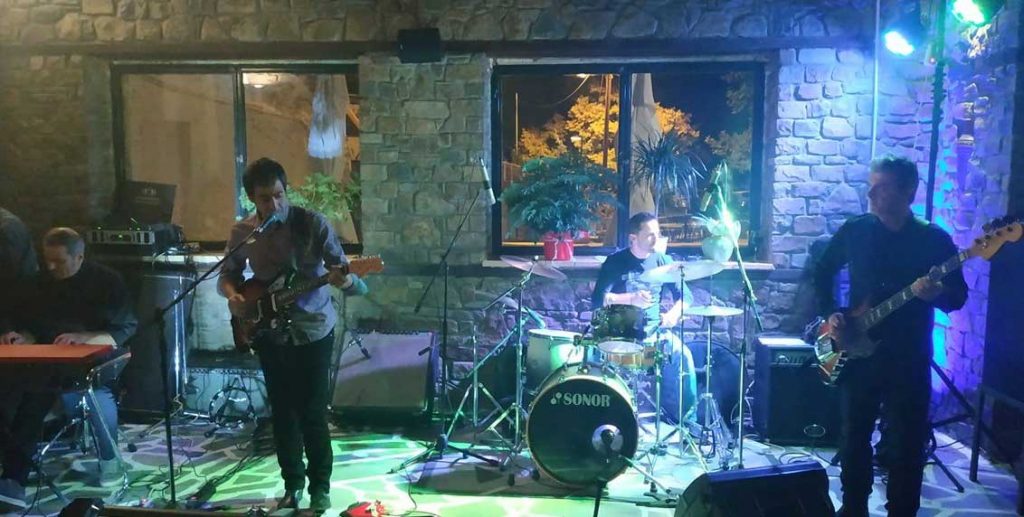 Rusty Parts are hailing from Ptolemaida (North West Greece) and are making their first appearance on the global discography map with their debut 7inch EP called “Tonight”. And what an appearance this is! The band consists of Vagelis Tsakmakis (Organ), Misel Papathanasiou (Guitar, Vocals), Nick Dellas (Bass), and Nick Chatziioannou (Drums). The EP is released through Greece’s Lost In Tyme Records and this is what the press release says, the one that Peris sent us and we thank him a lot:

Going way back, a group of friends from the small but known for its peculiar characters and band generating tradition, city of Ptolemaida, sharing their love for collecting instruments from the 60s and the psychedelic garage era, decided to form a band trying to express this passion. Taking steady and careful steps initially playing covers and after a series of memorable gigs, they found themselves in the studio trying to express their own feelings and emotions, resulting in their first release of this 7” 45er. Eroticism, agony, redemption, the good and the bad, words and sounds all mixed up in an ongoing internal search. Currently recording new material working on their first LP, trying to find themselves through the sounds that have defined them all these years. “Rusty like the parts of our instruments and bodies, alive like our music and souls”…

“Tonight” is a 3-song EP, with 2 songs on the first side and the self-titled “Tonight” on the second. “Millie” is a kind of moody electrified tune, very rhythmic, with a tremendous hazy neo-garage 80s atmosphere, a haunted organ that points straight to the early Last Drive days (just imagine Last Drive’s version on “Every Night” and you’ll get the picture!), and of course what is not missing from here is the necessary amount of Fuzz! “Never Walk Away” is another moody track with a very cool melody that overflows the place and I have to say that this one over here is more 60s flirting than the previous song, nevertheless it’s a beautiful track! With “Tonight” the band returns back to the hazy dark soundscape of “Millie”, a moody-garage ballad with a strong and quite expressive singing (and lyrics too). Organ, bass, vox, and drums are creating a fantastic scenery drenched in some 80s neo-psychedelic loneliness! Imagine a very electrified and slow-motioned version of 2 songs melted together, “Night Of The Phantom” (Last Drive) and “Night Of The Vampire” (Roky), and then maybe you will get a little close to this incredible garage-psych atmosphere of “Tonight”! Rusty Parts is a band stuck with the 60s but grew up with the 80s, so the atmospheric mix of these two is resulting in an inhomogeneous and diverse mixture that for an unspecified reason it sounds quite original! Rusty Parts with their debut EP set the standards up high, and I will patiently be waiting for their album LP… TimeLord Michalis 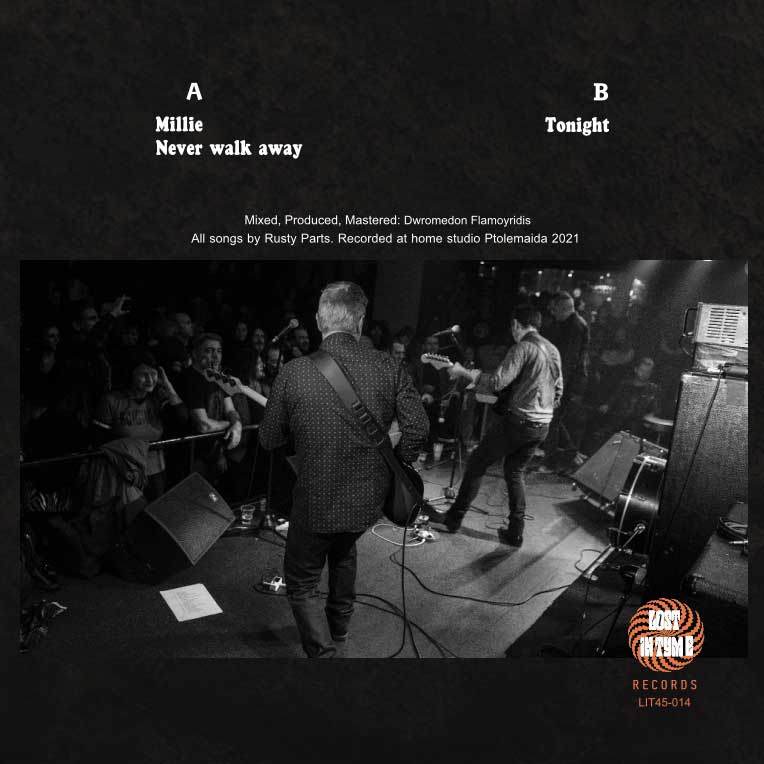