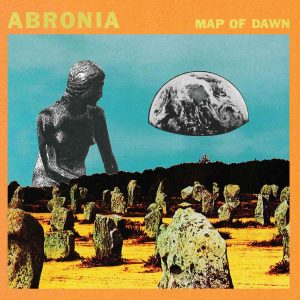 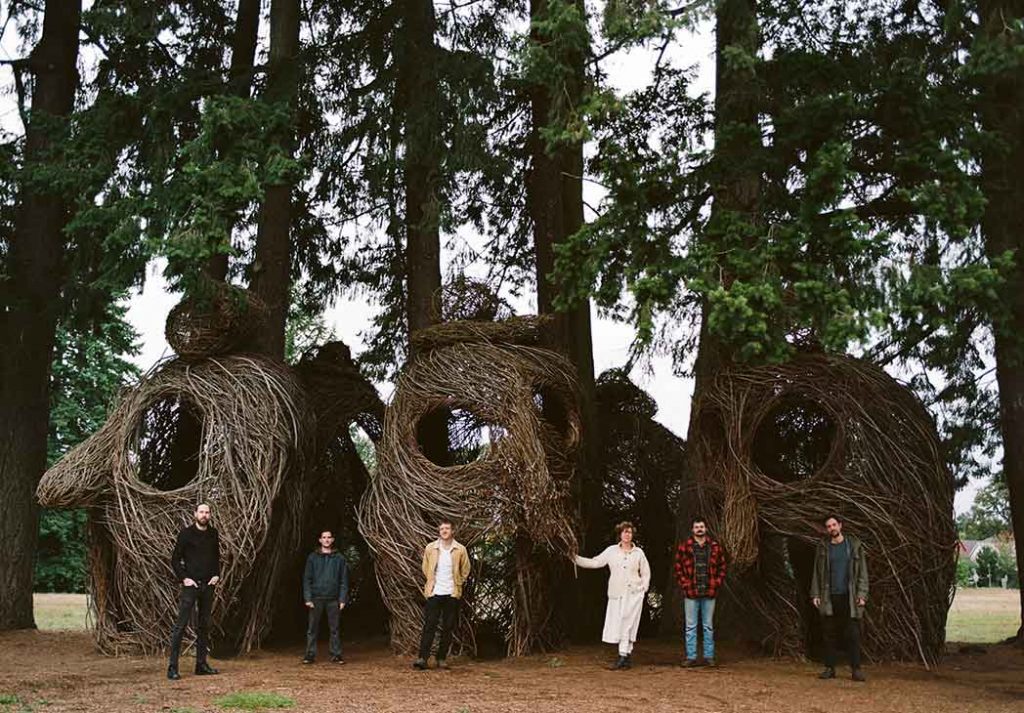 Abronia, is a genus of lizards in the family Anguidae that are endemic to northern Central America. Occurring mainly in Mexico and Guatemala. Yet there are species that occur as far south as El Salvador and Honduras ex. A.montercristoi. Abronia are almost exclusively arboreal. These lizards possess intriguing physical traits such as keeled body scales, patterns on each individual scale, and some even have spikes ex…

Abronia, also happens to be, a cosmic psych-desert rock band from Portland, Oregon, they have a new album out (distributed to Europe also), and let’s take a look at the info written on their Bandcamp page:

“For their great third LP, this Portland OR sextet heads deep into the scalding sun of what feels like the Sonoran Desert. There is an edge to the fried guitar and the ever more massive drumming that evokes a parched ritual of psychedelic worship. Perhaps this has something to do with the fact initial rehearsals took place outdoors, during which time the Pacific Northwest was on fire (both in the forests and on the streets). When you know this fact, you can begin to appreciate the smoke as a compositional component.

Abronia’s line-up has not changed since 2019’s The Whole of Each Eye (FTR 498), but their sound keeps evolving in terms of both depth and connection. The percussion achieves a true otherness here. Both Shaver’s Big Drum, and the additions of pedal steel player Rick Pedrosa, create a central pulse that’s impossible to resist. The bass and guitars, slither through the haze, raising up for massive strikes at times, just laying back and waiting at others. Different instrumental slices of this album might remind you of anyone from the Gun Club to the Savage Republic to Amon Duul II. But Keelin Mayer’s vocals are more of a presence this time as well.

Occasionally, there’s a way her voice combines with the coiling Eastern-tinged string parts and lazy propulsion that reminds of Grace Slick’s pre-Airplane band, the Great Society. But she is just as likely to conjure up visions of Scream-era Siouxsie, surrounded by gauzy clouds of guitar.

Still, the collective brunt of Map of Dawn is bracingly original. It doesn’t really sound like anyone else. Abronia have developed a nuanced and totally addictive approach to creating song forms. I’m just hoping I’ll get a chance to see them live sometime soon. Music this good should be a fully immersive experience (Byron Coley 2022)”…

“Map Of Dawn” consists of 7 tracks… The ‘ritual’ begins with “Night Hoarders”, a rather dark and electrified tune with powerful trippy drumming, a song that slowly seduces you into an occult PSYCH place where everything is shimmering in the twilight, and of course, there’s an intense Neo-Alt-Country feel all over the track… “Plant The Flag” is dynamic, rhythmical, with amazing female strong vocals, there’s a tribal Psych beat that literally melts your brain while the hot glowing guitar sound is so lysergically trippy! “Games” is a ‘desert’ song, it has an amazing pompous atmosphere that leaves you with a Psych Country & Western emotion… On “Wave Of The Hand”, drums, bass, and guitars are creating a psychedelically trippy background sooner to be changed into an explosive amalgam of dark neo-psych alternative-ism! The presence of the Sax launches the track into the stratosphere of Global Psych! “What We Can See” is a guitar-based song, Eastern-tinged, an adventurous Psychedelic-Alt-Country (guess I can call it that way) tune with a mind-blowing mournful Sax, in the middle section… “Invite Geoffrey Over” is a distortically hazy balladesque song, drenched into a mystical darl Psych-a-something soundscape, I think this is Dark-Desert-Psychedelia of the 21st century… The album comes to an end with “Caught Between Hives”, dark, jazzy, psychedelically trippy, that acts like a Psych Elegy where the High Priestess is calling the Spirits… “Map Of Dawn” is one of the best albums of 2022 and Desert Rock has never sounded so alternatively Cosmic! TimeLord Michalis

Get it via CARDINAL FUZZ Bandcamp