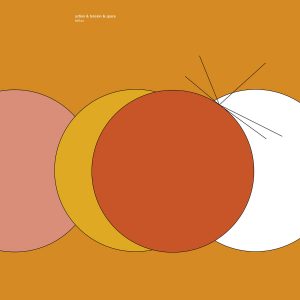 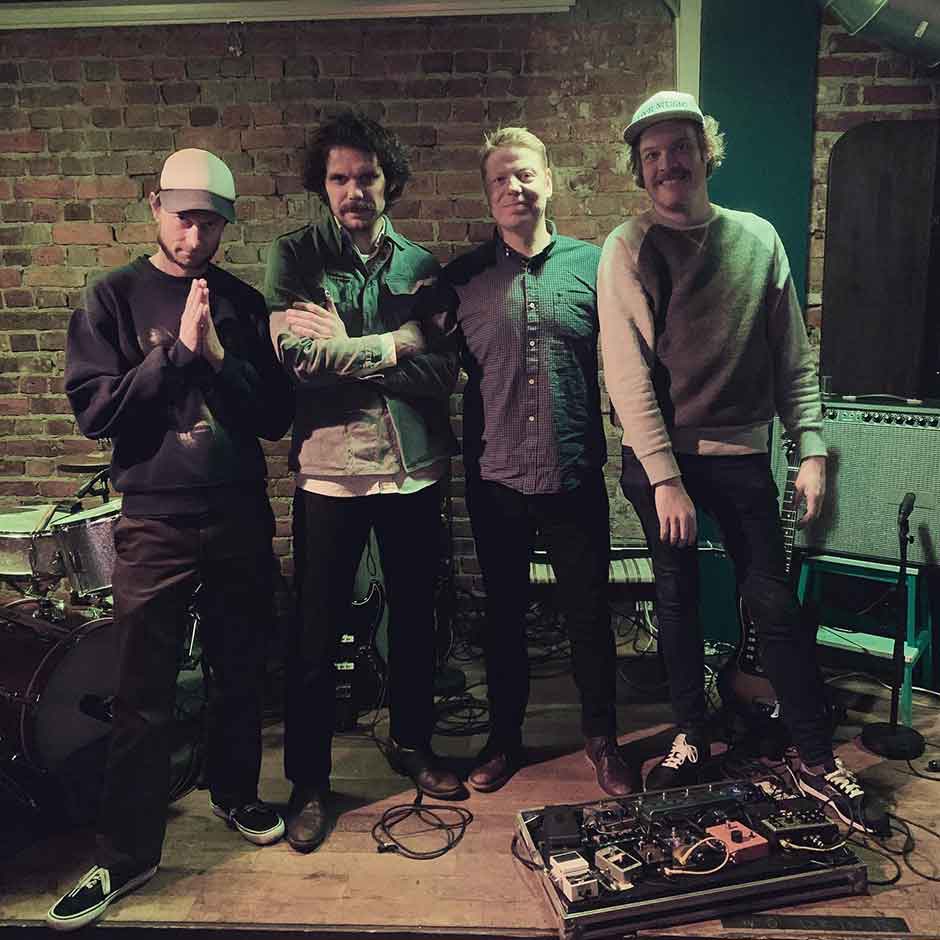 Our beloved Norwegian gang is back with their 4th album, 4 years after the remarkable “Skåredalen Funhouse” (read our review here) and this is what the press release states:

“The band describes themselves as a spaced-out, instrumental lounge rock outfit, with added vibes of folk music, jazzy surf, psychedelia, free improvised chill-out, jangly post-rock, and traveling bass. Not much for us to add here, apart from possibly a pinch of krautrock. “Tellus” is the quartet’s fourth album and their debut on Rune Grammofon. Being something of an all-star team from the fertile psychedelic space drone scene in Haugesund on the west coast of Norway, the members also pay their dues in bands like Electric Eye, Lumen Drones (ECM), Undergrünnen and The Low Frequency in Stereo, whose album “Futuro” we released back in 2009. On “Tellus” they are joined by Sigbjørn Apeland, a much-esteemed musician largely operating in a landscape of folk music, church music, and improvisation. He is a member of Nils Økland band (ECM and Hubro) and has collaborated with him for 30 years, also appearing on his two albums for Rune Grammofon; “Straum” (2000) and “Bris” (2004). Also appearing on “Tellus” is drummer Ståle Liavik Solberg, a central force on Oslo’s thriving improvised music scene who has performed worldwide with numerous Norwegian and international musicians. “Tellus” is a powerful and spicy brew rich in captivating hooks, smart details, and a hypnotic drive. Their finest effort so far!”…

“Tellus” consists of just 5 instrumental improvised Spaced-Out tracks and it kicks off with “Chromosomes”, a colorful electrified, and full of rhythm, Space Capsule, with Jangly guitars, in orbit with the moon, raising some Cosmic dust… “Tellus” which in Latin means “Earth”, is a bit lay-down track, a smooth jazzy soundscape quite relaxing with an attitude to improvise, a really cool tune! “Trinity And The Holy Ghost” shows an earthly approach to their stylistic adventurous Space Rock, the mood over here is for sure improvisational, with a Groovylicious beat, becoming progressively Spacey and Psychedelically trippy, a sonic journey to the Stars… “Schweppes And Koskenkorva” is another trippy tune with some powerful drumming, quite adventurous, Spacey, for sure, emerging an exotic kind of feel… Eventually, the album comes to an end with “The Last Petrol Station Before Hardangervidda”, after a long improvised, and experimental creepy intro, the track slowly dives deeper into Space and Darkness and Weirdness, getting psychedelically creepier, 14 minutes of a Space-Mind Journey! “Tellus” is an album full of Action, full of Tension, full of Space (of course) so what are you waiting for, get in orbit, now! TimeLord Michalis