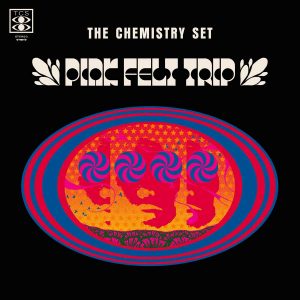 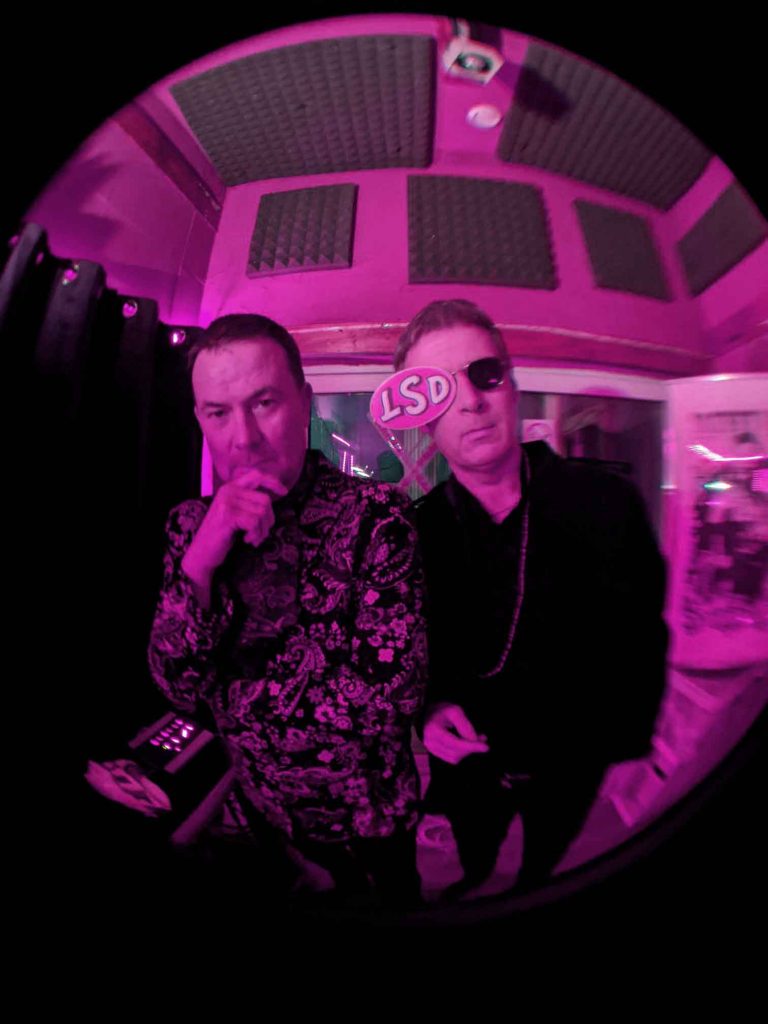 Our beloved London-based Psychedelic Scientists are back with a new album that is scheduled for release through Fruits de Mer Records, on glorious Pink vinyl containing a 3-track bonus CD! In order to check their latest album effort, we have to go back to 2016 and the Magnificent LP “The Endless More And More”, released through FdM Records, too. Also, if you didn’t manage to collect The Chemistry Set’s latest three 7-inch vinyl Singles (from 2017, 2018, and 2021) – sold out by now – here’s a fine opportunity to get all tracks, because 6 (out of 7) songs are included here in the album “Pink Felt Trip”, along, of course with 3 more NEW Super-psyche-delicious songs coming out straight from the Chemistry Set’s PSYCH Laboratory!

On FdM’s web page, we read:

“Paul Lake and Dave McLean aka The Chemistry Set are back, with a new LP, it’s called ‘Pink Felt Trip’…
A few years ago, the late, great Ray Thomas of The Moody Blues had a listen to The Chemistry Set’s cover of his classic ‘Legend of A Mind’ and had this to say… “Well done Chemistry Set. It’s not an easy song to cover and you’ve made a cracking job of it. Very impressed with the flute work” (Paul and Dave didn’t have the heart to tell him it was a Mellotron)
Psychedelia’s answer to Batman and Robin, Paul Lake and David Mclean, have been spreading Good Vibrations for 34 years (their discography stands at 61 releases) and now a new album ‘Pink Felt Trip’ is being released by Fruits de Mer Records.
The album includes a cover of Mark Fry’s ‘The Witch’, whose own LP ‘Dreaming with Alice’ (released in 1972) is a cult classic; The Chemistry Set have given the song a twist, with a Gregorian chant intro that is taken from The Bee Gee’s acid-drenched 1967 song ‘Every Christian Lion-Hearted Soldier’; Mellotron flutes, Iranian Setar and Acoustic guitars abide, faithful to the original vibe but then heads into Freak-out territory as ‘Interstellar Overdrive’ meets The Red Krayola.
The new album also includes a 10-minute trilogy, entitled ‘Self-Expression Trinity’; the first part is a bold Moody Blues-esque orchestral piece entitled ‘Cesar Manrique’, a tribute to the great Spanish surrealist artist. It features a cupboard full of Mellotrons, pianos, gongs, choirs, and orchestral percussion; the second and third parts – ‘Once Upon a Time’ and ‘Liberation’ – deal with the subjects of freedom and self-expression, with classic psychedelic melodies and stunning guitars.
The title track ‘Pink Felt Trip’ is a demented aggregation of Captain Beefheart, Frank Zappa, and more Red Krayola.
The front cover of the album is in the style of the 1960s Filmore East concert poster designer Victor Moscoso and is by the Swedish designer, Robin Gnista, who has created designs for John Cale, The Pretty Things, Levitation Festival, Television, and The Black Angels”…

Let’s have a closer look at the three new tracks of the album “Pink Felt Trip”, but first I will start by reminding you what I was writing, back in the day, about the three 7-inch Singles…

“Paint Me A Dream / The Witch”: In 2021, the Single “Paint Me A Dream / The Witch” was released finding The Chemistry Set launching a collaboration with the hottest – at the moment – USA independent Neo-Garage/Neo-Psychedelic 7-inch-only-label, Hypnotic Bridge. “Paint Me A Dream” is a 3:52min song, covered with an Amazing Technicolor Dreamcoat (probably not Joseph’s one, hehe…), in less than 4 minutes, time and space collide, emerging a super fuzzy, powerful, and extra dynamic tune with such beautiful harmonies like the ones The Chemistry Set has used us all these years, you get a feeling of a ‘blind date’ between the late 60s and the late 80s that finally took place in 2021! S-U-P-E-R-B! On side ‘B’, The Chemistry Set pays tribute to one of the most psych-haunted tunes of the Underground 70s, “The Witch” by Mark Fry. This is not just another or just a simple cover. This is a Subversive Reinterpretation! The best Psychedelic “The Witch” I’ve ever heard! Mellotron melts inside your brain while Sitar is exploding all over! Beefheart meets Syd and they jam with Skip Bifferty! An unfolding cover indeed or else “How to Blow your Mind and have a Freak-Out Party” in just 5 minutes! Oh! People, Let’s Freak Out!

“Firefly / Sail Away”: 30 years since The Chemistry Set’s first release, the band is still able to compose, produce and perform a brilliant astonishing Pop-Sike tune that goes by the name “Firefly”… Becoming Fuzzy, becoming Heavy, becoming Psych! A superb British phase-a-delic Modern-Age Nugget presented here in a Glorious Technicolor Sound! Amazing production, indeed! On side ‘B’, there’s “Sail Away”, the band uses a mix of 12 string acoustics, cigar-box guitar, tablas, Indian percussion, echoed 12 string Rickenbacker, reverse snare, hand claps, piano, mellotron… The result is… bloody awesome! An acoustically revealing Bluesy tune that probably happens to be the BEST B-side song of 2018! As the years go pass by, time is implacable, but The Chemistry Set is acquiring old wine’s fine nature. The older it gets the better it tastes. An exceptional Regal 7inch Single that I enjoyed till the last drop… er… the last note!

“Lovely Cuppa Tea / The Rubicon / Legend Of A Mind”: FdM’s finest Psychedelic act is pulling the trigger with a 3-track colored Single with 2 originals plus an astonishing cover. “Lovely Cuppa Tea” is a typical British Psych Freak-Modish tune that would make Sgt. Pepper proud of his descendants while “The Rubicon” reminds the wild ’65 Pretty Things’ days but with the right doses of some Acid Beat!

Only “Legend Of A Mind” is missing from this album, so this means you have to get the original 2017 Single, hehe…

The three – all-new – tracks are “Pink Felt Trip” which gave the title to the album, “Psychotronic Man”, and the Masterful 3-part glorious suite “Self Expression Trinity (Cesar Manrique / Once Upon A Time / Liberation)”…

“Pink Felt Trip” (3:29) is a dynamitized PSYCH-POP Nugget from the Future! With a punk-ish attitude, this is a Psych anthem that sucks energy directly from that remarkable Chemistry Laboratory, a track that will definitely Blow your Mind, a track that you’ll need to take caution before listening to, because as The Hapsash And The Coloured Coat used to say “A Mind Blown Is A Mind Shown”… Unless you want to bring your Mind if full common view… also the unexpected Doo-Wop ending adds a psychedelic charm to the song… “Psychotronic Man” (6:33) has a mystic psychic Middle Eastern-inspired atmosphere with acoustic and Psychedelic (of course) instrumentation, during the middle section the band tries to reach the Raga-Rock boarders but suddenly they appear at the Freak Beat ones! This is such an incredible transformation in so little time, but eventually, the track itself manages to return exactly to where it started… Bloody awesome! “Self Expression Trinity” (11:17), is a 3-part ASTONISHING composition starting with “Cesar Manrique” in a rather pompous, epic, and classical Moody Blues-y way, with a cinematic scenery that is inevitable (maybe because of the title) not to project in your Mynd images of surrealistic paintings… The 2nd part “Once Upon A Time” is a typical British Neo-Pop-Psych tune reminding all these magnificent ones that The Chemistry Set offered us for the last 35+ years… Also, this is probably the most Psychedelic Alphabet, I have ever heard… “Liberation” (the 3rd and last part) moves into a more Poppy path, but still this path is a Psych one, covered with colorful chemicals coming from the laboratory…

So, what we have here is a record, an album, that at least to my mind, acts like a BEST OF, a best of the last 5 years of the chemical/psych duo Paul Lake and David Mclean, no fillers here… “Pink Felt Trip” shows the remarkable and exciting evolution of The Chemistry Set, and you know the old saying about the wine… Same here with the band, with The Chemistry Set… Year after year, this Psychedelic Alcoholic Fermentation reaches some of the highest levels of making wine… er…sorry… songs… ONE of the Best Albums of 2022, of course… TimeLord Michalis

Listen through THE CHEMISTRY SET Bandcamp

Get it through FdM’s Web store

Or order it via SHINY BEAST Mailorder 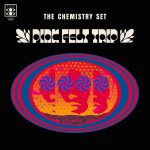 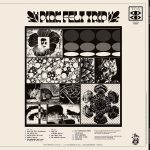 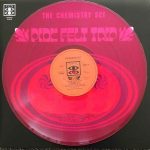 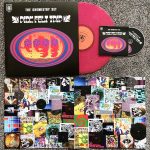