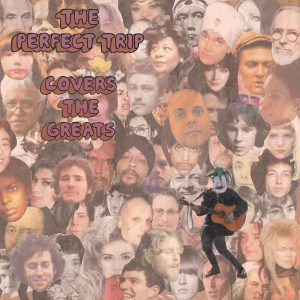 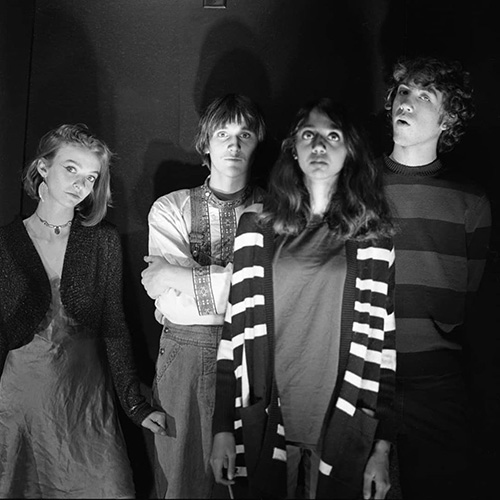 The Perfect Trip is a relatively new band, hailing from Boston, Massachusetts; they have released 3 CD albums so far, on a mission to discover “the lowest depths, the highest peaks, and all the colors im-between”! The first time that I came across The Perfect Trip was in April 2021 with their 2nd self-released album “I Can Touch the Revolution From My Home”, in fact, I was so blown away that I included it in the list with my personal TOP 50 albums of 2021! To my surprise (!!!) a few days ago I received a beautiful hand-written designed envelope with the band’s new album, their 3rd effort, called “The Perfect Trip Covers The Greats”… As the title implies, this is an album consisting of covers and I must admit that my first thought was that this is a kind of an inside-joke of the band because sincerely, I didn’t know any of the Originals! Of course – like a modern Infidel Thomas – I asked the band and Caleb Mars reassured me that all tracks are cover versions, reinterpretations… Anyhow, after that, I did my homework… The little info on their Bandcamp page mentions: “The Perfect Trip’s 3rd album covers 13 songs of the greatest musical acts of the past 100 years. Recorded in various Boston Burroughs, your record took 2 years to make. Tune in to The Perfect Trip’s 3rd album. Featuring The Jane Doe Orchestra”… And after mentioning more than 20 musicians that took place in the recordings, it ends by saying: “A spontaneous hallucinogenic orgasm inside a giant supercomputer inside a sun heading at earth at 160,000 miles per hour”… So, everything so far, show that this is not going to be a “normal” album, and as a devoted enthusiast of the “strange” and the “different” I listened to the album… and listened… and listened again… and again… and again… Definitely, I lost my Mynd somewhere in there… Let’s have a look at the 13 songs… (their previous album also consisted of 13 tracks, but I do not believe in coincidences…) (Also, the other thing that made me not only curious but surprised too, was that the written text on the CD is in Ancient Greek language…) 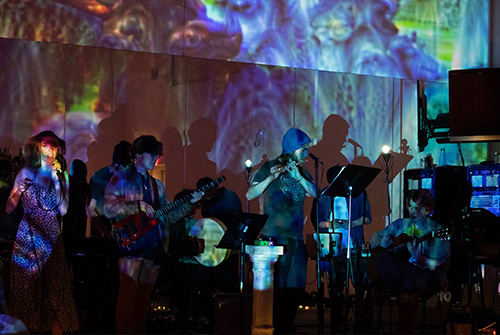 The album takes off with the 97 seconds long “Who In Here Wants to Get Hypnotized?” (written by Father P. Journee), an interlude, an introduction of some kind, a tricky query indeed! And no matter which your answer will be, you’re about to enter a mythical old kingdom from another time, hypnotized or not! The 2nd track is called “The Duke (Chapter 1)” (written by J.R. Mason) and there’s a strong mid-60s theatrical vibe here, one that makes you wonder if you’re at an open theater and attending a show by the legendary SF Mime Troupe! Musically, the tune starts in a happy acoustic folkie way, slowly entering the dark complicated psychedelic corridors of the mind… “Lady Day” (written by Venus And The Flytrap) is another acoustic tune with female vocals, a folkie scenery emerging a late-night Acid feel, drenched into a dark Medieval kind of musical orchestration… “Evol” (written by Alissa Orange) is a mystical, magical, cinematic tune with female vocals, there’s a twisted folkie scenery that blends with a dark whimsical Medieval soundscape, acoustic instrumentation with a lot of interesting noises and samples going on at the background, a track that second after second dives deeper into the Psychedelic Unknown, a lyrical tone in the voice that mixes with a classical-based environment, and all of a sudden… Looking Glass Alice has left the rabbit hole… And as we get deeper, the one that follows is called “Thee Psychick Anthem” (written by the Boston Society of the Temple of Psychick Youth), a rhythmical tune with switching male/female vocals that manage to explode and transform into a rather adventurous PSYCH anthem (hence the title!) “The Reptile/Dew Elephant” (written by You and the 7.5 Evils of the World – a band that managed to release their sole self-titled double album back in 1971), a track that sets the scene back to the glorious happy “Hippie” days of San Fransisco, just imagine Josephine having left Napoleon XIV and his little red tricycle, and went on to make a lead performance with the SF Mime Troupe, an acidly drenched folkie scenery that surprisingly manages to transport the listener into the middle of an Acid Test Graduation Test held by Ken Kesey and his Pranksters! “Disrespecting Them” (written by Ode to Bonnie) starts, and it seems that the “Psychedelic Substances” begin to affect, a tune with an incredible West Coast Acid-Freak Psychedelic atmosphere… “Victor Tausk” (written by Sounds Across the World) is Psych-Folk, LSD flavored, with a Medieval touching sound, and various samples from TV, war, gunshots, news… A simple Folkish tune but so tremendously psychedelically executed! “Mudville” (written by The Woodland Singapore Orchestra) is a rather strange track, consisting of weird sounds and noises with the company of a dark n’ cold piano sound, kind of creepy, actually… “Moda Natecha” (written by Big Smoke) starts in a windy way with some faraway birds-singing and a classical piano sounding, but suddenly the scenery drastically changes into a dark funereal motive, there’s sadness and melancholy all over the place while the clarinet mourns along with female sad vocals… “Colours” (written by The Colours Band) take us back to the sweet old Frisco days of the summer of ’66, late at night, a gathering, a sing-a-long… But (and this is so typical for this album) we make a time&space-jump, we’re now outside a bar in New Orleans, probably in Burbon street… and then another jump… another switch… dark and isolation, we’re in the middle of Alexander Slip Spence’s cell… er… room… The track ends in a strong stoned acid folkie or something atmosphere… “Butter Song” (written by Mike 55) is full of voice samples, a weird tune, but by now, weird is normal here… Eventually, the album comes to an end with “A Girl Once Told Me” (written by The Blue Jays), a track that originally lasts 10 seconds, expanded here to 3:23, but it’s OK, remember, weird is normal here… This is a rhythmic folkie country-ish tune, psychedelically flavored of course, a track that at least in my ears sounds like an acid-psych ragtime tune, can’t explain it better, you have to listen yourselves… So, go and grab it right now! It will help you to Trip… A non-ordinary album for non-ordinary people, one of the bests, this strange 2022 year… TimeLord Michalis

Listen / Grab a copy through THE PERFECT TRIP Bandcamp 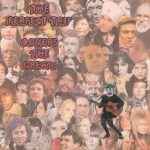 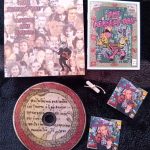 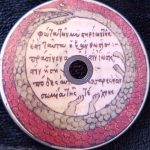