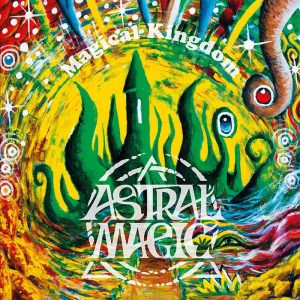 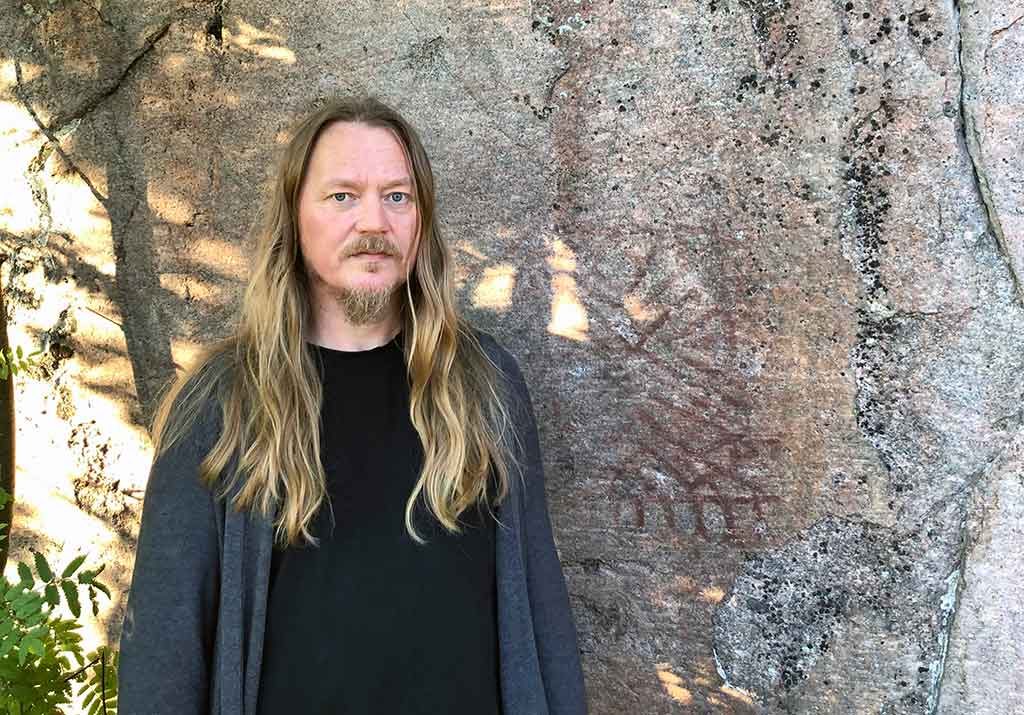 A few days ago (March 2022) I was reviewing the latest adventure by Astral Magic called “Lords Of Space” (check my review here) and now after a very short time, here we are with another Astral Magic album! This time is being released through Tonzonen Records and the label’s press release reads:

“Astral Magic is a new solo project by Santtu Laakso aka Dj Astro. He used to play bass and Moog in the Finnish psychedelic space rock band Dark Sun. Astral Magic has no definitive style or form, but everything is and will be spacey and psychedelic. Since the project was started in March 2020, over 300 tracks have been created. Some of the tracks are cosmic, ambient excursions into other dimensions, some are more space/kraut/psych/prog rocking in the vein of Hawkwind, Gong, Eloy, Pink Floyd, NEU! etc. Santtu’s international musician friends are often asked to join in the recordings. Magical Kingdom can be considered as the first psychedelic prog rock album by Astral Magic. The listener is taken into another mysterious, magical world. Other musicians on the album include multi-instrumentalist Jay Tausig (US, drums, guitar, saxophone, flute), Gregory Curvey (US, guitar, glockenspiel), Peter Bingham (UK, guitar), Markku Helin (FI, guitar), Anton Barbeau (US, guitar) and Perttu Lindberg (FI, drums). The album was recorded and mixed in 2020-2021 and mastered by the kraut rock legend Eroc for maximum sound quality”…

Santtu aka Dj Astro is the main force behind the Astral Magic Space Vehicle and in this new Space-Trip, his Space-Crew consists of some remarkable Space-Music-nauts! So, the people that took part in the recordings of “Magical Kingdom” are Jay Tausig (drums, guitar, saxophone, flute), Gregory Curvey (guitar, glockenspiel), Peter Bingham (guitar), Markku Helin (guitar), Anton Barbeau (guitar), Perttu Lindberg (drums). And of course Santtu Laakso (music, lyrics, production, mix, vocals, synthesizers, bass, guitar). Legendary Eroc did the mastering and Vesa Peltonen the cover painting.
“Magical Kingdom” consists of 8 Space travels/songs. The opener “Magical Kingdom” is a typical (by now) characteristic Astral Magic Space-Rock track, deeply synthesized and 100% Hawkwind inspired. “Dimension Link” is pure 70s laced Space-Rock with a fantastic melody performed by the guitar while a million spacey effects are exploding at the back, a pompous Space-Rock number… On “On Hollow Land”, Santtu does his thing with the amazingly incredible Hawkwind-like vocals, this is another Astral Magic standard with a more 80s approach… “Rainbow Butterfly” is a dreamy tune, under an imaginary Space-Rock background the lovely Sax drives the tune into a colorful faraway Galaxy of an unknown origin… “Lost Innocence” is more early-80s oriented synth-based Space Rock while “The Hidden City” shows a fantastic late 70s-early 80s ELOY atmosphere! “The Pale-skinned Man” is another “product” of Astral Magic’s high-quality Space-Rock… The album comes to an end with my Personal Highlight here, “Seven Planes” is one of the BEST Space-related tracks I heard ages ago! Dreamy synthy keys, shimmering electric guitar with an astonishing 80s Tangerine Dream-like sounding, with a proggy mood, and a sci-fi Spacey futuristic ending, this is Space-a-delica at its best! So, Astral Magic provided another pure old-school Space-Rock-Prog album, all aboard Urban Guerrillas, Space is Deep… TimeLord Michalis

Get it through TONZONEN RECORDS Web