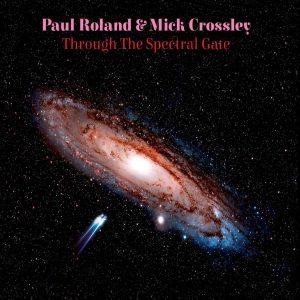 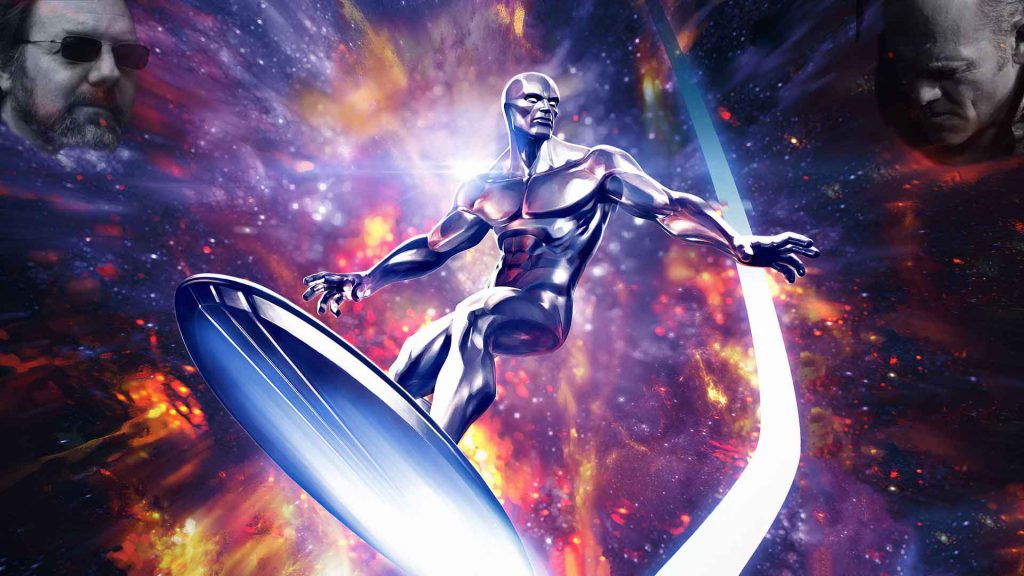 Let’s start at the end, by simply saying that “Through The Spectral Gate” is one of the Best albums of 2022! Need more? Okay then…

“Through The Spectral Gate” is the result of the collaboration of Paul Roland and Mick Crossley. Those 2 had worked together in the past, on 2018’s album “Grimmer Than Grim” and also in 2020 on a CD called “The Lockdown Session”. Mick Crossley has 6 albums from 1991 to 2015 with his band, The Flyte Reaction. And I think I do not need to mention anything about Mr. Paul Roland, he’s been releasing Significant albums and singles since 1985… On “Through The Spectral Gate”, Mick Crossley plays Acoustic Guitar, Bass, Electric Guitar, Electronics, Keyboards, Percussion, Drums, and does some Vocals. Mick is also the producer and engineer of the album. Paul Roland plays Acoustic Guitar, Electric Guitar, Piano, Flute, Saxophone, Oboe, Synthesizer, Tambura, Tabla, and vocals, of course. Also, Geoffrey Richardson plays Viola. There are 10 songs in total in this album, 6 of them were written by Mick and the rest 4 by Paul (“Come Into My Mind”, “Silver Surfer Pt 1”, “Witch’s Brew Pt 1” and “The Third Eye”). The opener “Open The Spectral Gate” is a deeply-effected instrumental track with an amazing Dark Prog-Psych atmosphere, becoming pompous and emerging a strong cinematic feel towards its end. The next one is called “Come Into My Mind & The Flickering Light”, an astonishingly cool tune, drenched in Prog and Psych – reminding of the old days – the necessary melancholy is here of course, while there’s a ton of interested/complicated things happening at the background, this is an electrically charged song played in Paul’s unique and characteristic acoustic psych-way… “Echo Forest” is a spooky Psych and gothic-like tune (one that you cannot avoid reminiscing about Paul’s 80s period), a tricky song that sounds like an acoustic one but at the back, there’s an intriguing electro-psych mess going on! Also, the ending is unexpectedly ultra mind-blowing! “Silver Surfer Pt 1 & 2” starts with this distinctive haunting melody of “Set The Controls For The Heart Of The Sun”, and follows in a distorted acoustic superb psychedelic way, diving into the deep dark. But not for long, “Part 2” eventually starts and the listener is somehow is been transported into Deep Space by a tremendous Hawkwind-ized capsule! Let There Be Space Rock! Absolutely powerful and colorfully amazing! (though it’s so hard to believe that this is a Paul Roland track, not that I have a problem with that!!!) “Witch’s Brew Pt 1 & 2” reminds the creep-a-delic atmosphere of “Come Into My Mind”, this is a fantastic Psych-Folkie tune drenched into weirdness, a shining Dark Beauty, and as usual, on “Part 2” the track completely changes direction and becomes a Psych-Rocket, but not for long because Mr. Jeoffrey Richardson (Yes, that one, from Caravan) with its haunted-sounding viola takes the lead and along with Paul & Mick’s amazing created Psych atmosphere, the track is being transformed into an unbelievable hallucinated Psychedelic anthem, a mind-blowing Pink Floyd asteroid!!! The slow and eerie “Mantra” follows, a melancholic song drenched in Dark Psychedelia. The next one is called “The Third Eye & Blessings”, another cool song, kind of acoustic but with a great late 60s west coast Psych vibe, while “Blessings” takes us back to the early Paul Roland’s days… “I leave my body floating free”… The whole album is full of highlights but if I had to pick just one, then this would be the next one called “Never Flown This High Before”, a slow-burning sonic electrified mind-expanding lysergic journey with all necessary ingredients: psych, rock, folk, space, prog, creating a splendid Psychedelicious Kosmique Trip! A High Flight, indeed! “The Cave Song & Carlos” is another 2-part song, letting the 2 partners-in-crime deal with more exotic and Eastern-inspired musical scales, though the atmosphere remains, Psych! In part 2 (entitled “Carlos”) the scenery changes rapidly, there’s a late 60s psychedelic environment that acts like a musical scene from a Psychploitation movie from the late 60s, where Roger (you-know-who) and his gang wrote the film score… The album comes to an end with “Crystal & Silent Star”, and I believe that this is the most ‘cinematic’ track in this series of songs/creations, it is adventurous, atmospheric, intense, kind of darkly haunted, and above all, absolutely Psychedelicized! For sure, it leaves the listener with a bloody-blowing mind… In conclusion, “Through The Spectral Gate”, is an album that could have easily been recorded in the late 60s, it’s a Spacey Mystical Psych-Kosmique… MASTERPIECE!!! TimeLord Michalis