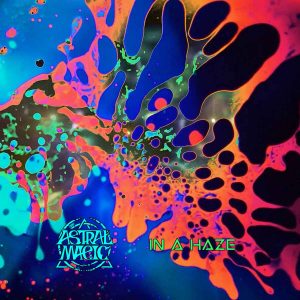 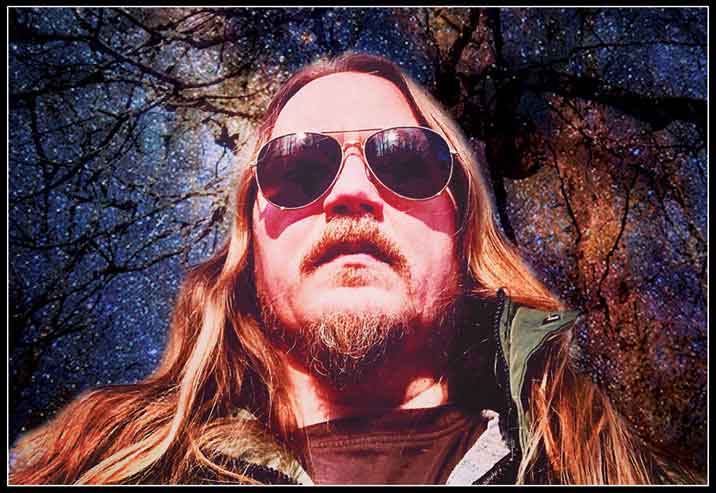 The super creative and over-productive mind of Santtu Laakso – the man that lies beneath Astral Magic – did it again and Astral Magic has a new album which I believe it’s the 7th release in 2022, and think that the year isn’t finished, yet! The new album is called “In A Haze” and is a limited run of 100 CDs, self-released by Santtu’s own label, Astral Magic Music.

All music, lyrics, and vocals are by Santtu and he also deals with synthesizer, drum programming, electric bass, and percussion. Just one more person participates here, Jonathan Segel on guitar, violin & mastering. “In A Haze” contains 11 Space Rock tracks and it kicks off with a short (1:40min) deeply spacey-effected intro called “Mind Invaders”. The follow-up “Master Jester” moves to the familiar-by-now spacey Astral Magic soundscape, a cool Space Rocker, kind of computerized with a great n’ catchy space-a-delic melody. “Shamania” is a faster track that (at least to my mind) flirts with some of those late 70s Space-Disco bands, do you remember 1977’s “Space Fly”? … “Mystery Teachings” is a more laid-back tune with lots of effects and numerous spacey bubbles, while “The Sages’ Brew” is a deeply spacey n’ synthesized track with a haunted freak-a-spacey sound, kind of futuristic, ideal theme for a sci-fi movie, this is a really interesting Spacey-studio experiment! “The Gnome” takes us back to the dreamy spaced-out groovy Astral Magic sound, this one has lyrics and acts like a kind of a spacey balladesque tune. “Hallucinations” is a space computerized, futuristic, and cinematic tune, undoubtedly a consideration for a sci-fi movie theme… “Signs Of Life” has lyrics too, though by now the soundscape becomes wild, with a crazy space beat, a hot electric guitar, and lots of sequencers! The self-titled “In A Haze” is another cool track, a space-a-delic instro with a cinematic feel, also… “The Archons” is an astonishing fantastic and quite nostalgic Space Rock instrumental while the album comes to an end with “Years Gone By”, a laid-back Space instro… In conclusion, “In A Haze” is another GOOD Space Rock album delivered with plenty of Astral Magic… Invest… TimeLord Michalis