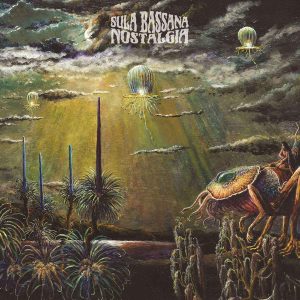 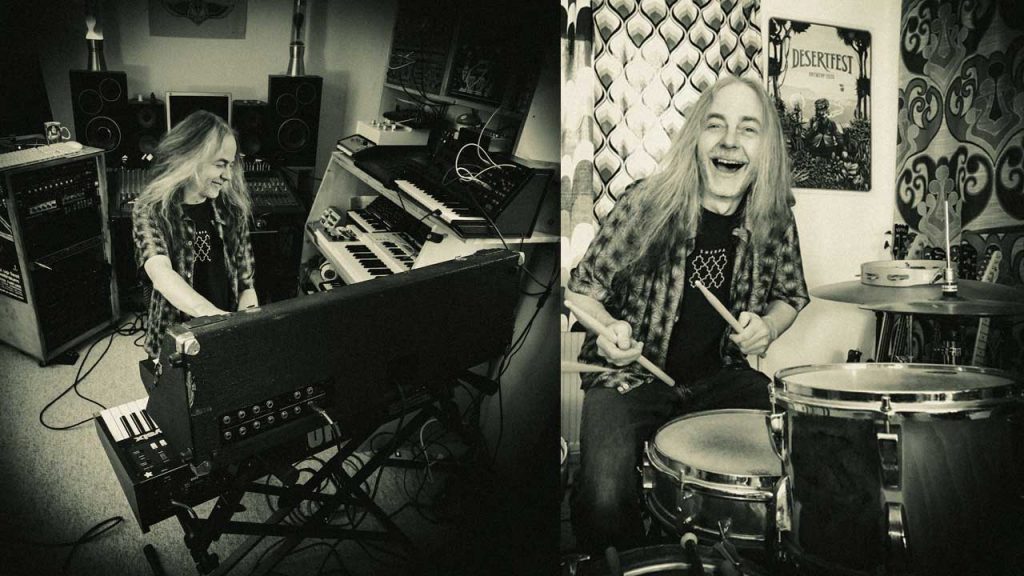 Mr. Spacehead, Sula Bassana a.k.a. David Schmidt is back (not that he never left!) with a new record release called “Nostalgia” and of course, it is released on his own label, Sulatron Records. The press release states:

“In the 20th year of Sula Bassana’s career, a new album is showing up! It contains songs composed and recorded from 2013 to 2018 but finished in a few evenings within the last years. After some more electronic-orientated albums, this one here is more in the style of the rock-orientated albums like Dreamer, The Night, Dark Days or Live At Roadburn 2014.
First two tracks include some vocals, which is rare on Sula albums and show the more rockier side of this album. The title track is something different, very melodic, even slightly jazzy, and features Mellotron and some pure fuzz. Wurmloch is a full space flight based on a synthesizer arpeggio with the rest recorded around later. And the album ends with the oldest of these tracks: Mellotraum. This was the first track Sula recorded with his freshly arrived Mellotron (4000d) on its first day, back in 2013.
Btw: Sula Bassana is Dave Schmidt, a multi-instrumentalist from Germany, playing in Zone Six and Interkosmos (and has played in Electric Moon, Psychedelic Monsterjam, Krautzone, Weltraumstaunen, Liquid Visions, Growing Seeds, etc.)”…

All music is composed, performed, recorded, produced, and mixed by Sula Bassana (of course) at his Amöbenklangraum. All music is recorded between 2013 and 2018. Last overdubs and vocals were recorded from 2019 to 2021. The amazing cover picture was painted by french-born painter Hervé Scott Flament. The album is mastered by Eroc, and Sula plays guitars, basses, drums, synthesizers, organ, Mellotron, and electric sitar. Also, Sula did some vocals in tracks 1 and 2.

“Nostalgia” contains 5 tracks, 2 on the first side and 3 on the second. The album kicks off with “Real Life”, a trippy track with hallucinogenic whispering vocals, slowly becoming an ‘earthly’ Psych-Rock tune – of course with a Spacey edge – a heavy-a-delic track that somehow manages to flirt with many ‘forms’ of Psych… On “We Will Make It” there’s a tremendous Alt Grunge-y early 90s feel, the guitar sound (at least to my ears) is referring to the sound of bands like Smashing Pumpkins or Soundgarden, whispering vocals here too, and someone could wonder if this is the grunge-y side of a psych-spacey-rock tune… Maybe! Another beautiful oxymoron here is that despite the heavy guitars, the track is not a ‘hard’ one, and there’s a cool switch from slow mood to fast and the opposite, definitely this song is a wonderful surprise! Side ‘B’ starts with the self-titled “Nostalgia”, once more you get the feel of some early 90s alt-rock but now the sound is blended with a jazzy melody, a cinematic mellotron melody, and a fuzzy guitar that the final result transports the listener way back from the 90s… “Wurmloch” has a much more Spacey atmosphere and it seems that Sula now moves (or floats if you wish) in more common fields. A space Rock anthem built upon a synthesizer with lots of spacey effects/bubbles/etc, a track that sets the scene back to Space, back to the 70s, back to pure Space Magic, performed/executed with an astonishing Kosmique-Krauty energy! The album comes to an end with “Mellotraum”, a tune dedicated to its majestic Mellotron services! A brilliant cool Space-Kraut Experiment! So, “Nostalgia” is an exciting Space-Rock album that questions the eternal query… Is Space the Final Frontier? … You better ask Sula Bassana about it, he will definitely have to show you many things ‘Beyond Space’, starting of course from the album “Nostalgia”, one of the best moments in 2022! TimeLord Michalis