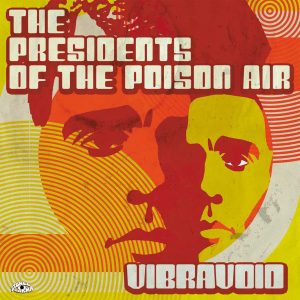 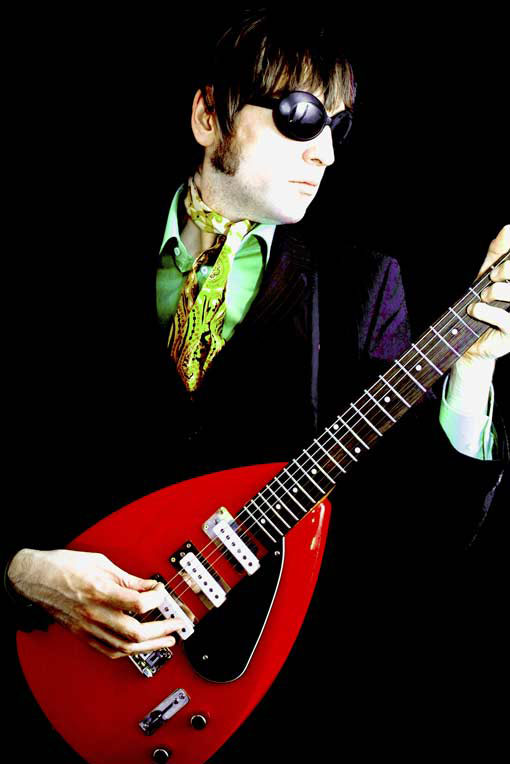 The true Ambassadors of MPR (Modern Psychedelic Rock), the band that put back on the musical map the city of Dusseldorf, the unstoppable Psych-Production Machine, the Ministers of Worldwide Psychedelia, the VIBRAVOID, are back once more (and this is the 5th time in 2022) to stir the muddy waters of Psych Music, putting “POPsike” in the Psych-Game again, after 50 or so, years!

The super-productive and innovative VIBRAVOID has 4 releases so far in 2022:

The sensational VIBRAVOID new album is called “The Presidents Of The Poison Air”, and is scheduled for release, on 2 December 2022, through (as all previous 4 releases of this year) Stoned Karma Records.

I believe that “The Presidents Of The Poison Air” is the 3rd part of this Vibra-Trilogy (I may call it) along with “A Sparkle In The Twilight” and “The Clocks That Time Forgot” (all released between July and December 2022), all three albums are somehow related, dealing with the same concept, lyrically and musically. All three albums include songs with caustic lyrics about the really shitty situation that the World has turned to, and all three are dressed with some magical PsychedelicPop-ness…

The album kicks off with the self-titled track “The Presidents Of The Poison Air”, a full of sunshine, quite happy, and extremely Fuzzy-Pop upbeat song, with a Groovylicious refrain, a modern fuzz-a-delic cry about the strange War days of today’s World… The next one “Scream In The Silence”, could easily be a perfect modernized version of Strawberry Alarm Clock, but more Groovier, fancier, and fuzzier, in other words, this is an ideal track for the opening night at the Electric Psychedelic Pussycat Swinger’s Club… Smashing Baby! On “When Tomorrow Becomes Today” the scenery remains Groovy and Upbeat, still on maximum volume, with a more Punky Pop-a-Delic aura all over, and probably there’s a new specie born here and I dare to call it Fuzzy Dance-a-Delia! Well, maybe… At least to my ears, the next song “The Terrible Techniques Of Herr Doktor Krieg”, can easily (and without any serious effort) enter the TOP 5 ever songs produced/performed by The Vibravoid! Psychedelically Groovy, Fuzz-ily addictive, trippier than Trippy, this is the EPITOME of Acid Psych Rock today, Psych-Dance-Creep-a-Delia… Enough said!!! “Out Of Phase” is a powerful and full-of-beats tune, magical PopSike greatness all over, a Phase-a-delic brilliance! “Big City Smal Town” starts… and the BEAT GOES ON! All previous dance-y phantasmagoric soundscapes are here too, add a tremendous Psych Electro-Beat, add tons of fuzzy guitars, and there you are, a song proving that the Fuzz hasn’t sounded so acidly Sweet before! The music is captivating that is so hard to notice the extremely interesting sociopolitical lyrics, it’s a perfect antithesis, but please try it… The album comes to an end with “Mother Heroin”, a much more slow track, a more ‘druggy’ song, dark & trippy, psycho-active & mind-melting, full of acid distortion, this is heady lysergic trip-a-Delia!

So, in conclusion… Contemporary Pop(Psych) music has never sounded more Psychedelic or psychedelically complex if you prefer. If you do not want to catch yourself singing a refrain or humming a melody during the day (or the night of course), then DO NOT LISTEN LOUD! You’ve been warned! An extremely addictive album that will stick in your mynd…

The Vibravoid… They can still be innovative after so many years, after 35 whole years! This is an incredible achievement… And I think I know Dr. Koch’s secret… Dr. Koch is a never-resting guy that he never lowers down his psycho-active antennas, always catching signals, he always eavesdrops, processing, elaborating, preparing his moves… and then he is making a step FURTHER!

Get All info at VIBRAVOID / STONED KARMA RECORDS Bandcamp