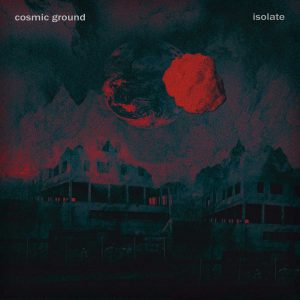 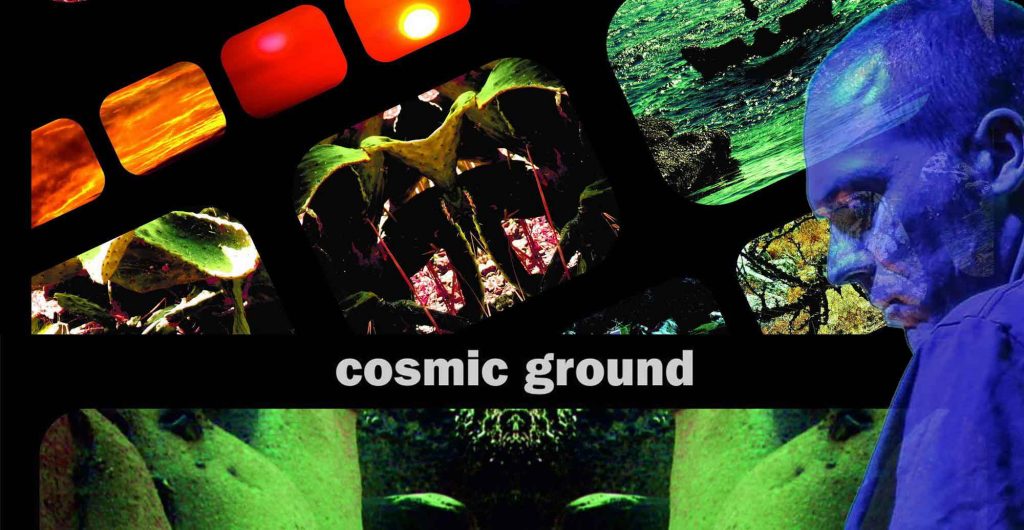 “Behind the Cosmic Ground project is Dirk Jan Müller, who has released a number of psychedelic/krautrock / electronic recordings with his band Electric Orange over the past 30 years.

Mainly analogue synthesizers and modular systems, Mellotron, 1960s Farfisa organs, analogue string ensembles from the 70s as well as bass and guitar are used in the Cosmic Ground project. The mostly very dark music is 99% electronic in nature, supplemented by some self-recorded atmospheres from different environments that have been electronically processed.

The 6 tracks on the album “Isolate” offer a musical spectrum from polyrhythmic sequencer lines combined with real tape echo, ambient and free format atmospheres to polyphonic and multiply modulated drones. All in the sound of the 1970s. You’ll look in vain for preset sounds from digital synthesizers or the prefabricated loops and sequences that are common these days; analog sequencers dominate.

The cover artwork was created by the French artist Thierry Moreau, known for his work for Univers Zero, Neuschwanstein, and Heldon. It underlines the dark mood of the music”…

In total, there are 6 tracks in here, clock ticking from 4:28 to 18:56! Side one consists of 3 tracks, while each one of the other three sides contains one long-side track. The first 3 tracks, “Sgxb”, “Invade”, and “Haunting” could easily fool you and make you think that you’re probably listening to some outtakes from the “Phaedra” sessions! Dark, Spacey, Ambient, with some sporadic vocal sampling and some Sequencers, on fire! Yeap, that good! “Engrained” (Side B), is a mind-blowing never-ending musical flirt between analog modular synthesizers, resulting in ambient electronically flavored Kosmische music! “Isolate” (Side C) is nothing but a dark subtractive ambient electronic journey into another Sound dimension while the album comes to an end with “Desolate” (Side D), a weird but wonderful Kosmische Drone-y Electro-Kraut experiment! Wow! … If you are a Berlin-school fan, you’ll love this stuff! If you are a Schulze admirer, you’ll love this stuff. If you are just an open-minded music lover, you’ll love this stuff! Mind-expanding Electronic Kosmische Musik at its Best! And, by the way, Klaus Schulze Lives On!!! TimeLord Michalis

Get it directly through COSMIC GROUND Bandcamp