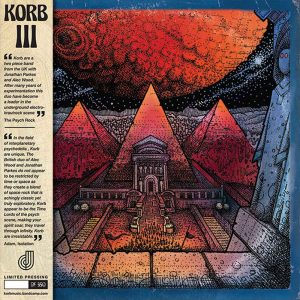 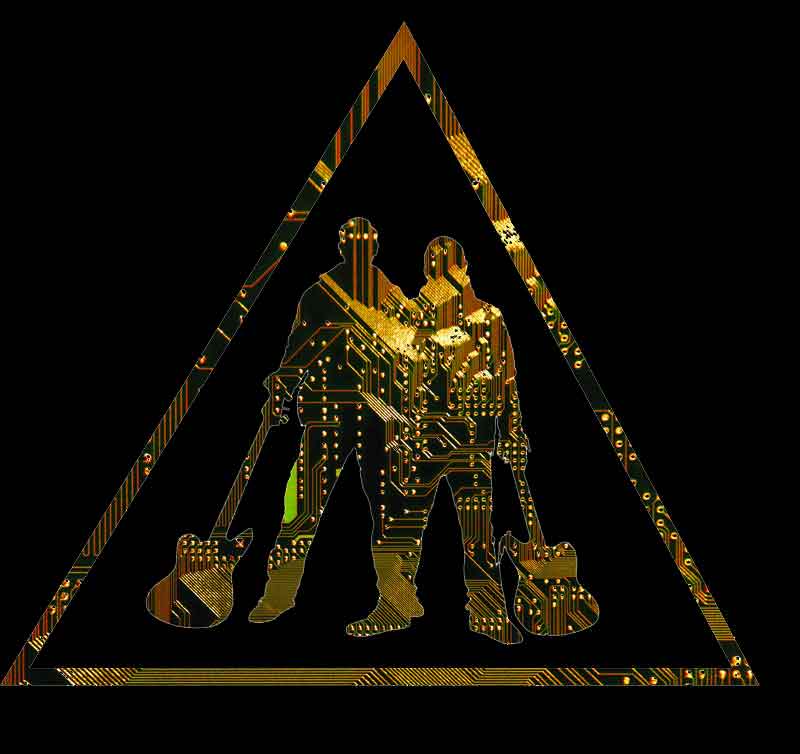 Korb, are the British duo of Alec Wood and Jonathan Parkes, they’ve known each other for more than 20 years (starting out in a jazz quartet!) but they have bonded over their love for Krautrock! So, they made Korb, in order to create and perform original instrumental music that combines Krautrock (of course!), Space Rock, Prog, Kosmische, and Psych! They released “Korb” in 2018, “Korb II” in 2020, and they took a step further by releasing (September 2022) “Korb III”. (You can read a review of their first album here)

“Korb III” consists of 10 instrumental pieces of SPACE greatness, mixed with Korb’s favorite musical ingredients, Kraut, electronic, kosmische… The album kicks off with the spacey-effected intro “Remote Viewer” and continues with “Korb’s Third Android”, a magnificent let-loose type of Hallogallo tune, blending beats with Spacey guitars resulting in a Cosmic Proggy futuristic anthem! With “Hunter” the duo is entering deeper into the motorik Kraut territory, this is New Age Space Rock with a strong cinemascope feel and a sharp edge, an astral intergalactic Trip to infinite Space! Space is the Place and it seems that Korb knows it, “Lords Of Nazca” is another cool Space Rock anthem, overloaded with effects, and modular synths, creating a Cosmic Kraut imaginary field of Nebulas! “Temples Of Mars” is an interesting piece of experimental futuristic sequencer-dominated Space Rock while “Ritual For The Gods” is a slower tune, kind of trippier with a let-loose mind-expanding Spacey soundscape, slowly becoming loudly heavy reaching for a climax that never comes! “Infrared” is a bad-ass Space Rocker with a super cool aggressive guitar sound and tons of Spacey wah-wahs… “Robots Of The Ancient World” is another brilliant synthesis that blends Space Rock, Kraut Rock, and Electronic Berlin-school music, leading the listener to some inner-space awareness! The next one which is my personal highlight is called “A Rare Bird”, the scenery has by now become dreamy, quite trippy, and kind of nostalgic emerging an intense Kosmische futuristic feel, elevating your Mynd!!! The album comes to an end with “Cosmic Dawn”, an effected dreamy spacey ambient-like kind of interlude, or I might call it, outerlude, hehe… In conclusion, “Korb III” is a glorious album full of Space-a-delia, a Space-Travel to the edge of Space… All you have to do is tell Mr. Spock, to Beam you up! TimeLord Michalis