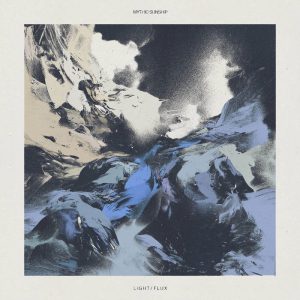 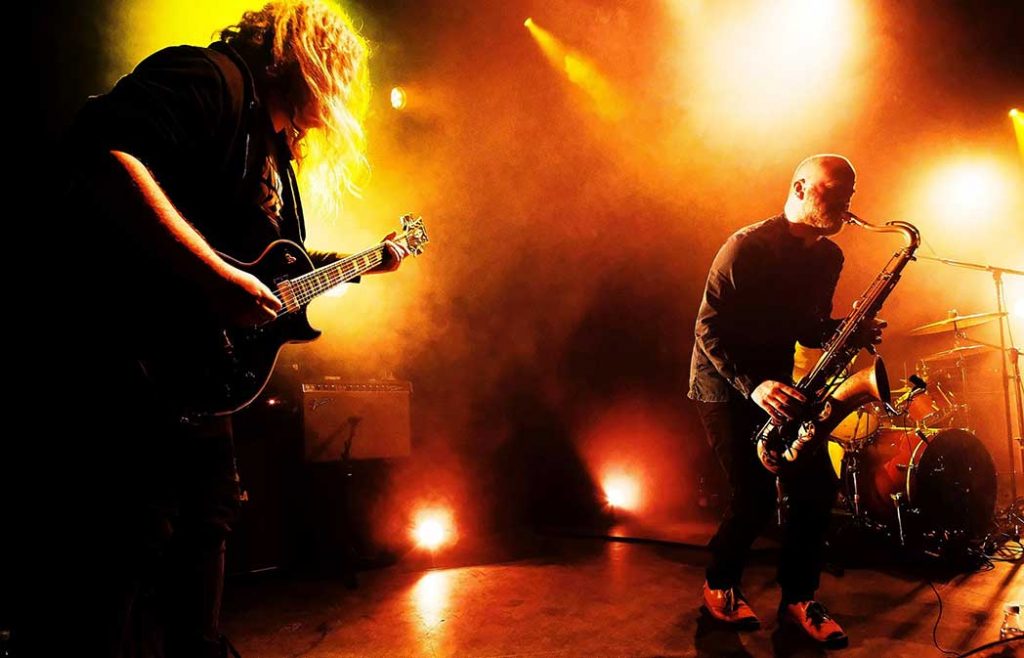 Mythic Sunship is a Danish Space Rock band. But these days, no one plays just Space Rock! Most of the ‘current’ Space Rock bands, bands from the last 10 or so years, are blending their Space Rock with various elements/influences from out there. Space with Kraut. Space with Prog, etc… Mythic Sunship are “bridging the gap between heavy riff worshipping and expansive, free jazz-tinged experimentation”… “Light Flux” is their 10th album since their 2010 CDR self-titled debut. The album contains just 6 tracks and it kicks off with “Aurora”, a cool instrumental that I may say moves between Space Rock and Free Jazz, perfectly blending these two subgenres, creating an interesting and exciting piece of improvised Space-Jazz-Rock music! There’s a strong bond between the Guitar and the Sax, becoming more let-loose or complex as the record spins… “Blood Man” (my personal highlight) is a bloody fantastic PSYCH-KRAUTY-SPACEY-JAZZY tune! The band steps on the mystic psychedelic atmosphere of the song “Suppose They Give A War And No One Comes” (a 1967 song by the West Coast Pop Art Experimental Band) and adds all aforementioned ‘ingredients’, Space, Kraut, and Psych, well, the final result is a Mind-Blowing amalgam of excellent modern hypnotically drenched PSYCH music! And, I wouldn’t mind if the album ended here… But, there’s more, obviously… “Blood Moon” magically blends with “Equinox”, an electric guitar-based tune with a strong Space Rock attitude, while the crazy but dynamic rhythm section launches the track into the infinite Space, but towards its end, the Sax takes over for a comeback safe landing… “Decomposition” is a more let-loose and kind of subtractive track, less spacey and much jazzier, flirting with Psych though, while the bonded Sax & Guitar are progressively freaking out! What a track! (another highlight, also!!!) “Tempest” is a faster tune, a Space Rock n’ Roller, temporally led by the hot guitar till the Sax enters and transports the listener and the track itself into a free form freak out jazzy Sun Ra planet! Freakin’ Cosmic Space Jazz! The album comes to an end with “First Frost”, a mid-tempo Space Rock tune with a rather addictive hypnotic beat, and shimmering guitar licks, a track that flirts with Cosmic Psych, an expansive sonic journey into Cosmos! So, in conclusion, if you’re into some instrumental Space Rock music with a free-jazz approach and a serious Psych attitude, then “Light Flux” will definitely REWARD you Certainly, one of the best albums of 2022! TimeLord Michalis

Get the album via SHINY BEAST Mailorder