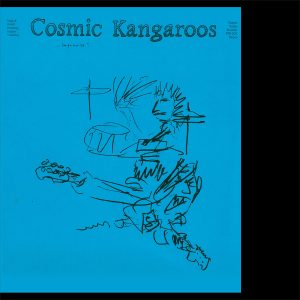 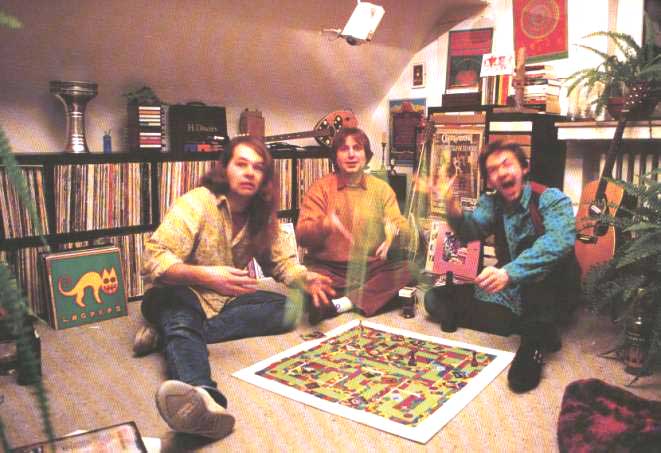 The Cosmic Kangaroos is an improvisational jam band, hailing from Germany, established back in 1986. They’re deeply influenced by the numerous late 60s psychedelic jam bands and “…improvise!” was initially released back in 1998 through Purple Turtle Records (PTR 002).

Let’s have a look at the original LP notes:

We’ve been traveling … for a long time now… exploring sound galaxies … exploring spaces …  sonic structures… harmonic nebulas… and black holes full of fuzz!
When we started this journey our heroes were San Franciscans mostly… they still are! We have seen trends come and go… hell, we’ve seen bands come and go! And we decided to ignore all those prophets… we’ve seen them come and go, too! We just kept on travelling… learned how to come up with our own sound and songs… a lot of them since our “Quake Moon Spook” LP and our “No Man’s Garden” EP… and maybe we should release another album of songs… or two… or three… but this here is another side of the COSMIC KANGAROOS: This is where we improvise!!!
At every rehearsal we warm up this way… nothing is planned… exploring the unknown parts of those galaxies… getting lost on purpose… being careful… or letting it all explode… or being exploded?! Discovering… being surprised by unfamiliar surroundings… or sometimes by objects somehow familiar?!
Whenever possible we have a tape rolling… find out later where we’ve been! And people kept asking why we didn’t do those things on stage or on record… well, being a proper psychedelic band we started doing those things on stage and here… is the record! It will show you some of the strange and wonderful things inside this sonic universe… open your ears and follow us there!
Both pieces were recorded live onto 2-track at Purple Turtle Studios in 1998 and were digitally treated afterwards by Kermit Kangaroo (inspired by Dirk Oesterwind)… they were collectively improvised by Groucho Kangaroo on drums, Kermit Kangaroo on bass and Mecky Kangaroo on guitar… the cover was done by Mecky this time… and Henning Küpper of the Lollipoppe Shoppe helped Purple Turtle Records with the release and distribution of this record.

The powerful psychedelic-jam trio of The Cosmic Kangaroos consists of Mecky Kangaroo (guitars, bass), Kermit Kangaroo (bass, guitar), and Groucho Kangaroo (drums). The album “…improvise!” contains just two instrumental side-long tracks. “Journey To The Center Of Your Pouch” (20:06min) and “Careful Walk In A Box – Jammin’ Towards The Egyptian Border” (19:59min). Both tunes are psychedelically improvised (of course!), with a rough sound, a sound that someone can swear that it’s coming straight out of the Hashbury area! Yes, exactly that! If you don’t know what you’re listening you can easily be fooled and think of an underground unknown band from San Fransisco, between ’68-’69, doing their usual thing on stage… You can think of a band like The Dead, to get the picture… So, many many years before Garcia Peoples, and many many miles away from the Haight Ashbury district, there was a band that was trying to reimagine the psychedelic jam band years of the 60s, and it goes by the name… The Cosmic Kangaroos… Stunning! TimeLord Michalis

ps. the original 1998 LP is an impossible-to-find record, so you’re advised to hurry up with this one, just 200 copies were produced…