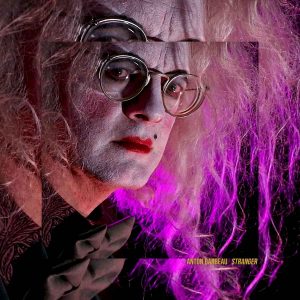 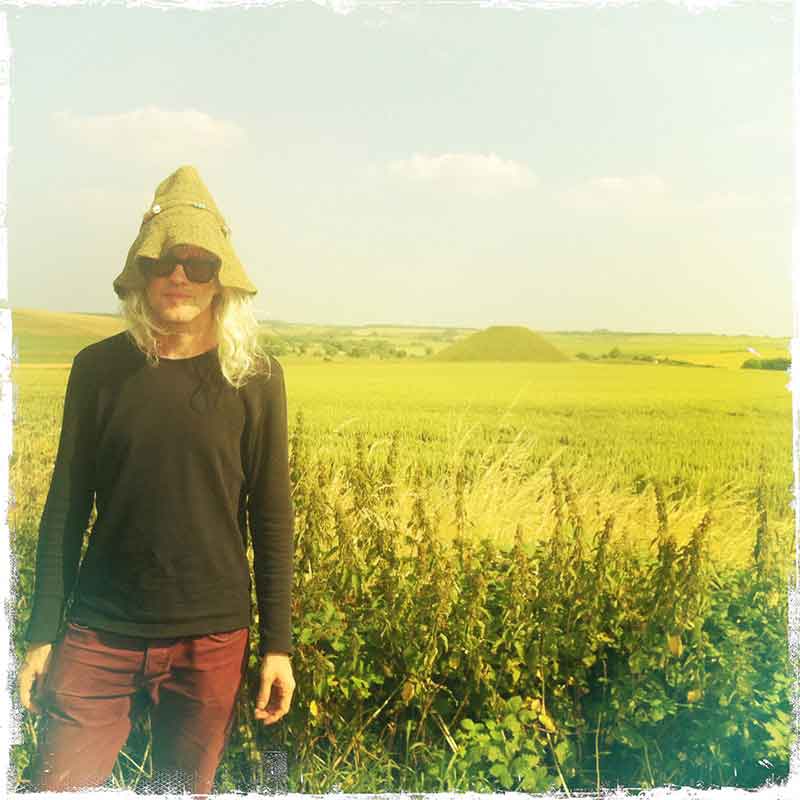 Bandcamp information: Anton Barbeau plays “pre-apocalyptic psychedelic pop.” He’s a Taurus, born in Sacramento and now living by a canal in Berlin. He’s made something like 30 albums and has worked with members of XTC, The Soft Boys, the Bevis Frond, Cake, the Loud Family, Elf Power, and the Corner Laughers. Julian Cope got him stoned in Croydon once…

“Stranger” consists of 14 lil’ pieces of pop-art grandiosity while on most of them the lyrics are not only interesting but intriguing too… “I’m A Stranger In My Own Head” sings Anton on the self-titled opener “Stranger”, a mid-tempo cool pop-sike song. The synth and computerized “Ant Lion” follows in a dynamic way, drenched into that 80s Synth period, with a very powerful rhythm, an ideal track to be aired during the first MTV days right after “Video Killed The Radio Star”, superb! “Dollis Hill Butchers” is a fine example of what exactly means Power Pop! Of course, once more, the 80s are all over the track! “Stone Of Fire” is a weird “effected” balladesque song with an intense sing-a-long feel, under a strangely psyched atmosphere, you can describe it as something like an eerie gospel-psych tune… “Sugarcube City” is another cool track electronically flavored with a synth-y atmosphere that reminds me of some of the great “built soundscapes” on the late 70s early 80s Bowie albums! “Cellar Bar” is a discreetly fuzzy pop-sike song while “Death And Divorce” is a short dream-a-delic piece of Art Music! The short Christmas interlude “Favourite Items” opens the field for the brilliant Pop-Sike “ICU” (I See You) while the follow-up is another short strangely effected interlude called “Just Have To Wait There”. “Jesus coming… I’ll be Damned…” Anton sings on “Quick To The Basement”, interesting lyrics, male/female vocals, and beautiful melodies, this is Pop-Psych music with an intense nostalgic feel… “Soggy Problems” is another weird interlude while “Farm Wife” is a drum-machine poppy tune, full of 80s aesthetics. The album comes to an end with “Slight Chance”, a balladesque song with an amazing atmosphere, a soundscape that refers directly to the “Let It Be” Beatles era, a track that could fit as an outtake from “Let It Be… Naked”, yeah, that cool! So, “Stranger” is another cool album by Anton Barbeau, full of quality that will not disappoint any of his fans, old or new ones… TimeLord Michalis