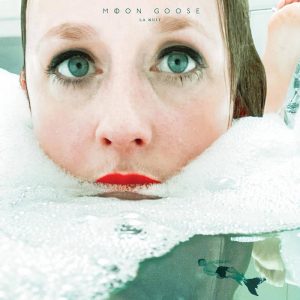 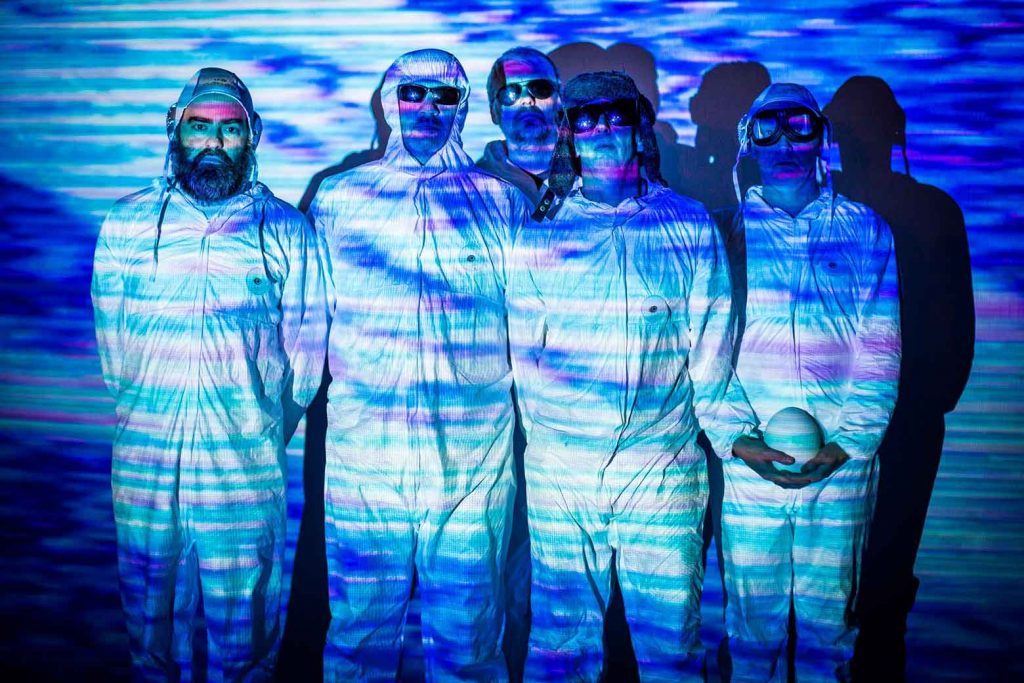 Moon Goose is a psych-space-rock band based in Hay-on-Wye on the Welsh border, UK. They have 2 albums so far. “Source Code” (2019, 2LP+CD, FdM Records) (check our review)  and “The Wax Monster Lives Behind The First Row Of Trees” (2020, LP+CD, Self-Released/Fruits de Mer Records/Friends Of The Fish Series 42) (check our review)

“La Nuit” is their third album and the only info that Moon Goose shared with us is “…we began working on during dark Covid times. This LP features 8 tracks of musical weirdness and we have tried really hard to channel the goose in each one of us and let them express their feelings. This is also our first collaboration with (tangible) Leon West and we’re very excited about the result”...

Let’s have a look at the 8 tracks of the LP album. The opener “Electrolene” acts like an imaginary PSYCH roller coaster that goes on accelerating, a frenzied rhythm under tons of Spacey effects, flirting simultaneously with Prog and Jungle, a track that finally manages to slow down at the end, reaching its destination, SPACE! Now, that I’m thinking about it again, “Electrolene” is a very Ozric Tentacles-oriented track! The magnificent, the glorious, and the best moment in here (my personal highlight) comes next, “The Sex Bots Trilogy”, an up-lifting tune under a rhythmic psychic groovy hand-clapping soundscape, the Sex Bot announces itself, the scenery becomes more Spacey-Rock, you get a feeling of a lunar stoned-on-Acid Jean Michel Jarre playing with all of his ‘machines’ in the studio while the ending of the track is rather unexpected and psychedelically dark and trippy! “Lemon Cursed (Somnambulism)” is a heavier track, though it manages to stay inside Moon Goose’s spacey borders, it is an electric guitar-based track, instrumental of course, with a lot of musical chaos happening at the back… “Empirium” begins… A dark nightly diseased piano acoustic melody slowly unfolds, and all other instruments (guitars, drums) are slowly entering too, creating a unique dark Psych elegy, becoming cold and heavy, getting into an amazing industrialized atmosphere, kind of cinematic, hazy, heady, and extremely Out-Of-Space! “Urban Farmhand” is a slow spacey and “druggy” tune that dives into a creepy Psychedelic Space, but only for the first 3 and a half minutes, the track abruptly transforms into a hot glowing accelerated Spacey Rocket! Cool! “The Light Fried The Vicar’s Brain” (what a title by the way!!!) is a track that once more starts in a mellow soft Spacey way and after a while manages somehow to explode, while it slows down towards its end, feels like “hey, let’s stop the engines for a while and enjoy the view, above…”. The trippier “Tweakshy” follows, still Spacey-oriented, a little Prog-flirting tune, ending on a crescendo of Spacey-Rock sounds! Eventually, the album closes with “Great Halls Of Broken Tools”, a perfect example of what will happen if you combine Space Rock with Psych Music, a new hybrid of Space-Psych music… Pure Space Rock with a modern twist, no endless Space-Jam-Impro here… Just, Space Rock… For sure, “La Nuit” is one of the best albums of 2022! TimeLord Michalis

Get the album via FRUITS DE MER RECORDS Web