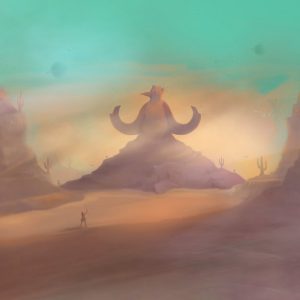 I bet you that by now you are aware of something interestingly good that is happening in Hungary, sometimes psychedelic sometimes not, by the collective better known as Psychedelic Source Records. Various musicians gathered together with the aim to create music under different names and locations (sometimes)… Anyway, to cut a long story short, River Flows Reverse is a collective-within-the-collective of Psychedelic Source Records, they have a new album out, it’s their second one and it’s called “The Homing Bird’s Trace”. By the way and if you haven’t so, you are advised to check their debut album (read our review),  it was released last year and it was so psychedelically good that made it to No4 of our TOP 50 with the best albums of 2021 (check the full list here).

But, let’s have a look at the notes written on their Bandcamp page, so we can understand how this release came out:

“Humans with souls folded by demons are the ones who have turned away from nature. But birds will keep on coming until the very end, rivers still run till they run dry, and lakes’ depths are truly the deepest black.
Mainly produced by Bence Ambrus and the Psychedelic Source Records crew
Recorded in Páty track by track, soon after the birth of Olívia.
The whole album is an edited, building improvisation with the drums serving as the foundation. None of the songs manifested before they left the instruments and recorded.
It all started with a seedy yet friendly practice space on the Buda side, named after Miki, the underground cult hero. This is where Bence and Lőrinc (of the band Indeed) met. And as this venue was a true melting pot for musicians, jam sessions took place and the band Lemurian Folk Songs was formed, which Krisztina joined as a singer. Ákos was also a regular at the venue and joined the community. However, to everyone’s dismay, Miki’s had to close down. So its musicians and bands began wandering round town to find new places to practice and chill at. It was at one of these new venues (another old factory complex) where Ivan and Tibor entered the scene (both from the band Contremarque). Lemurian Folk Songs and Contremarque had lots of joint gigs. This led to Tibor drumming on Bence’s solo projects. Ákos also returned with his ambient postrock – showcasing his talent at a garden party – dazzling even the birds. Volume I of the LP When River Flows Reverse was recorded haphazardly as musicians came and went, in a dank shanty in the very same garden during the global pandemic. Dávid, the guitarist of the jam-trio Slight Layers, Predictions hooked up with the gang in a psychedelic practice space complex in Bajza Street, on the Pest side. Márton and Bence are childhood friends, having formed their first band in fourth grade. Nico is the trumpeter from the French band Hold Station. The other trumpeter, Miklós was recorded by accident while mixing another album. The song Homing Bird’s Trace (excepting the drums) was recorded during a pause of dogs barking and a baby crying, as it was during this time that Olivia – Krisztina and Bence’s daughter – was born”…

For the moment, “The Homing Bird’s Trace” is only a digital release, but I’m pretty sure that in one way or another it would be in physical format (vinyl) too, sometime in 2023. With an over 45 minutes duration, “The Homing Bird’s Trace” consists of just 7 tracks. The opener “Demons” with the acoustic banjo-based start may fool or disorientate you, but the acoustic guitar (accompanied by the discreet presence of Sitar and Zither) slowly takes the lead creating some kind of serene ambient and abstract soundscape that transforms into a warm “seductive” Psych scenery with dreamy vocals, flirting with Oriental, becoming dark while someone can detect a huge veil of occultism all over the track! Almost with no pause, the next one “Seconds” starts with a cool serene trumpet sound, there’s the same peaceful landscape over here too, guitars, keys, mandolin, flute, and trumpet are all in full harmony with the warm beautiful but mystical female vocals, creating a mellow Psych “depth”, making your body & mind floating, or maybe elevating… With “Black Lake” the band tries a huge dive into the hallucinogenic Sitar-based 60s Psychedelia, the Sitar improvises, the Guitar leads the way, and the male chanting-like vocals are driving us into a psychedelic illusion, making this track an ultra trippy and lysergically mind-expanding song! “Kingdom” starts almost immediately, night falls, everything is getting darker, and slower, and somehow lazier while the band presents a cool mind-melting psychedelic improvisation, the ethereal female vocals only make it easier for your Soul to enter the Heavenly Gates… The longest track “Birds” (10:45) starts in an acoustic folkie way while the triptych sitar-flute-trumpet is wonderfully melting together all these trippy sounds, creating an ambient-like psych environment, becoming dark and experimentally trippy, there’s a transparent pastoral veil above the whole instrumentation while the hypnotic percussion with the soft and mellow female vocals are leading the tune into an incredible mind-expanding hallucinated Trip-Hop ambient path… “Karneval Ill” moves into the familiar (by now) dark and torturously slow ambient-psych environment until suddenly everything starts to accelerate, there’s a jazzy improvisational mood that blends/melts with a floating spacey one, making this track, surely, the most adventurous of the album, musically speaking… Eventually, the album closes with “Shadows”, fingerpicking guitar, banjo, male vocals, and slide guitar all together creating a dark country-ish tune but extremely flirting with the dark side of Psych… “The Homing Bird’s Trace” is a psychedelicious trip-a-delic album, one of the best releases of 2022, and I will desperately wait for the vinyl release… TimeLord Michalis