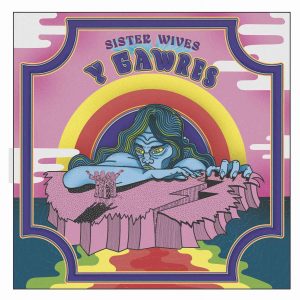 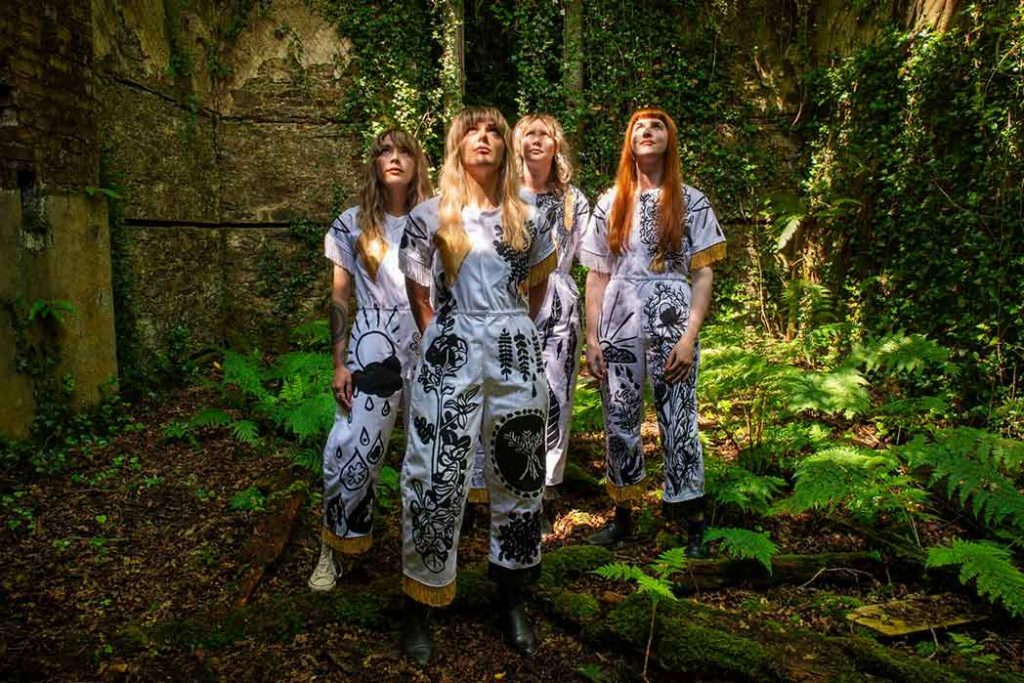 Everything started when Londoner Liv Willars (guitar, vocals) moved to Sheffield, met with Rose Love (bass, vocals) – both on punk bands – and decided to form not a punk band but a band with organ and keys. Soon after, Donna Lee (keys, synths, vocals) and Lisa O’Hara (drums, vocals) joined. Donna is from Anglesey so her first language is Welsh and is the one that brought the Welsh folklore and all that surrounded mystery into the music. Rose loves Coven and all that freaky Amon Düül stuff. Rose and Donna are fond of Steeleye Span, Pentangle, and Fairport Convention. Liv loves post-punk. So, if we have in mind all these, along with the British Folk traditional and the “punk” background, we have a new-born all-female band, called Sister Wives, and “Y Gawres” which translates into English as “The Giantess”, is their debut album! And what an album this is! A colorful Psych Crucible! (and in order to catch up with your syllogism, I tell you that Yes, we have a new-comer into the evolving modern PSYCH scene, but we’ll have to wait and see if this is a “strong card” for the future)

“Y Gawres” consists of 11 songs and it kicks off with “O Dy I Dy” (trans: From House To House), this is a synth/organ-based track with a very intense 80s aesthetic and literally tons of psych & fuzzy guitars at the background while the rich double triple (or whatever) vocals are very distinct, in order to get a sounding-picture in your head just imagine a fuzzy version of an all-female rock group from the 80s, Go Go’s or Bangles, for instance! The next one “Ticking Time Bomb” introduces us to even more Fuzz! The 4 ladies are creating a tremendous Psych & Fuzz-a-delic atmosphere (with guitars having the leading role), a very 60s garage-punk attitude, and a terrific sound that refers to bands like Davie Allan & The Arrows! The incredibly fantastic “Streets At Night” comes next, a dynamic rhythmic groove-a-delic punky & fuzzy sound with a powerful rhythm section (bass – drums) while you can “detect” a dark edge on the music as the track slowly dives deeper into the Psych Depths of a late 60s Psychedelic ghost… The slower “Another Day” comes next, dominated by a slow-driven organ sound, this is a darkly haunted and kind of sentimental dark piece of Psych music… “Hares On The Mountain” is (probably) an old British traditional folk tune that gets here a kind of medieval psych treatment, a weird but cool balladesque song! “Greater Place” is a synth-flirting punk-a-delic track drenched in some powerful fuzzy 80s aesthetic! The self-titled “Y Gawres” (trans: The Giantess) is less fuzzy but much more Psych, emerging an extremely garage-y feeling! “Y Merch Werdd” (trans: The Green Girl) is sung (like other previous songs with a Welsh title) in the Welsh language, the band creates a cool 80s revival psychedelic soundscape, with a wondrous organ-based haunting psych-a-delicate melody that makes the track a fantastic Neo-psych piece of art! “Baron Hill” flirts with Neo-Psych though there’s a kind of a robotic/futuristic soundscape at the back, getting darker, becoming more creepy than ever, fuzzy sounds are blending with Organ sounds making the final result sound like the Bangles on LSD! How cool is that? “Hwiangerdd” (trans: A Nursery Rhyme) is an incredible psych-punk tune with a torturously slow atmosphere and creep-a-delic synth sounds from the past, it’s really so hard to describe the track, only your ears can decode this psychedelic-futuristic-dark-cold-haunted soundscape… This is Modern Haunted Psych from the Crypt! Eventually, the album comes to an end in an unexpected way with the weird “O Dy I Dy – Ail Rhan” (trans: From House To House – Part Two), a ceremonial tune that acts like an experimental Psychedelic obsecration! Wow! So, in conclusion, it seems that these Breuddwydwyr Dwyieithog – Bilingual Dreamweavers – from Sheffield, delivered a remarkable, exciting, and interesting set of brilliant PSYCH songs, making “Y Gawres” one of the Very Best Albums of 2022! TimeLord Michalis

Listen / Get it directly through SISTER WIVES Bandcamp 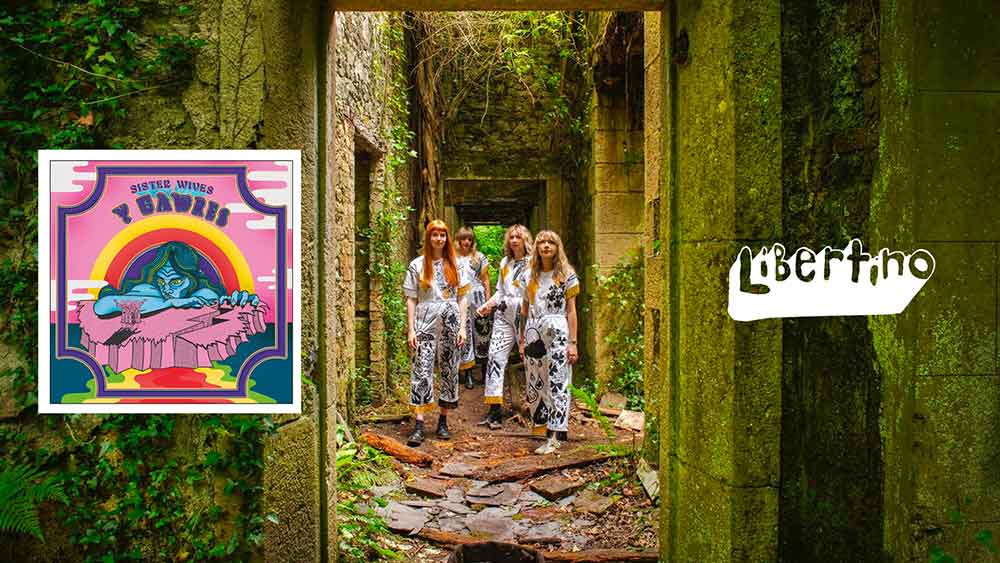