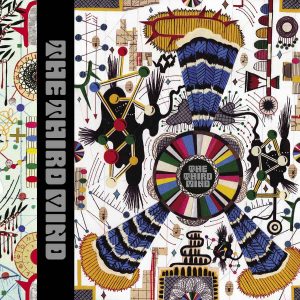 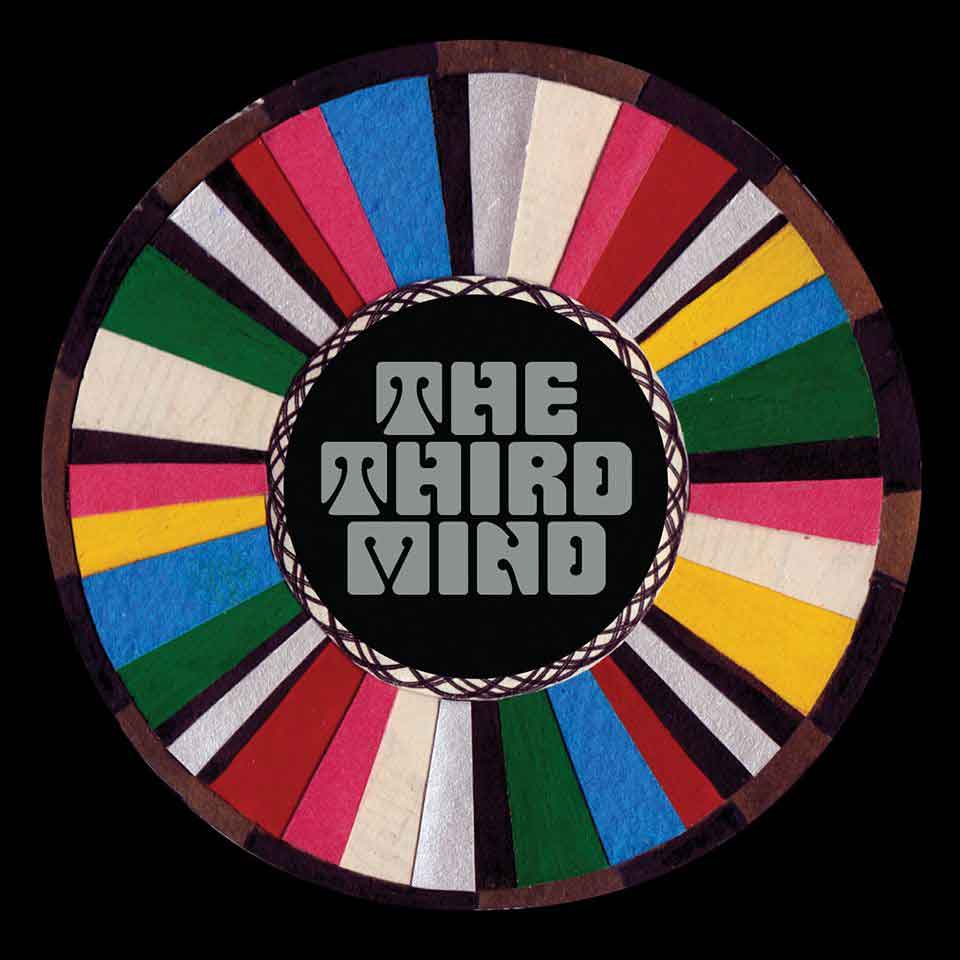 Well, this album may be a “debut” one by a new band called The Third Mind, but when looking to the background of its members then you’ll realize that this is a kind of a supergroup! Previous band experiences of the members of The Third Mind include bands like The Flesh Eaters, Counting Crows, Monks Of Doom, The Ophelias, Camper Van Beethoven, Better Than Ezra, Course Of Empire, Cracker…  In order to get an idea of what is all about the project of The Third Mind, read this text (taken from the band’s web):

THE THIRD MIND – The Conversation with Dave Alvin and Victor Krummenacher.

Dave Alvin: “I had a crazy idea and was looking for musicians who perhaps didn’t think it was so insane. Many years ago I’d been reading John Szwed’s excellent biography of Miles Davis, “So What”, and was fascinated by his thorough descriptions of how Mr. Davis and his producer, Teo Macero, created some of his classic electric albums like “Bitches Brew” and “Jack Johnson”. Basically, Miles would gather great musicians in a studio, pick a key and a groove and then record everything live over several days. Then he and Mr. Macero would edit and shape these improvisations into compositions. Having never recorded like that, I had a fantasy to try it someday if the fates ever allowed.

One night after a gig in San Francisco, a decade or more later, I mentioned this fantasy to Victor Krummenacher. I’d known the always musically adventurous Mr. Krummenacher for a couple of decades (since he was a young buck bassist in Camper Van Beethoven) and hoped he would understand”.

Victor Krummenacher: “It was an accident, really. But at some point long ago, somewhere in San Francisco, we were joking, (at least I thought we were). Dave said he’d been offered a standing gig in a club there, like one Monday a month. And that if I was game, he’d call me and we’d put together a set… And we had to play Grateful Dead’s “Truckin’”… Dave had covered Garcia’s “Loser,” and I spent a few years playing it with Cracker, so I wasn’t sure if it was a joke. Musicians are poker players and storytellers anyway, and we’re all, at best, unreliable narrators. I left Dave that night thinking, “Yeah, I could play some Grateful Dead with Alvin…” But I was probably drunk, maybe high, maybe both… I think it was during a kind of weird part of my life when this conversation occurred, and in the blur of the evening, I was slightly confused if it really happened at all.

That said, in 2018, I wound up back in southern California. I ran into Dave somewhere in LA and he asked what I was up to. I said I was going off to a free improv gig, and Dave said, “yeah, we should get together and improv sometime.” I think that part is accurate, although maybe it’s not?

So I thought, OK, well fuck it. I’m calling the best players I know for this kind of thing. I’m calling Immy (David Immergluck), who I’ve been in bands with for 30 years. The guy who scared John Hiatt with a delay pedal. The guy who tries to sneak in Michael Karoli licks into Counting Crows gigs. The guy who I’ve recorded a 15-minute one-note song within Monks of Doom. The guy who’s been trying to sell me on the Grateful Dead live ’77 tour since 1986…”

Dave Alvin: “Turns out, Victor not only understood but quickly suggested a way of paying for a few days of recording, but then he also recommended guitar whiz David Immergluckas the other guitarist. I was familiar with David from his many years with John Hiatt, Cracker and other artists, and I thought the two of us playing together would be educational for me as well as some loud fun. David and I came from different musical worlds and play entirely different guitar styles but making some noise with David, along with Victor, sounded good to me.

And let’s get Michael Jerome, who cut his teeth with John Cale, and Richard Thompson, and Charlie Musselwhite, and makes me look like a fucking amateur.

When Victor then informed me that the extraordinary drummer Michael Jerome, whom I’d known since he joined Richard Thompson’s band many years before, was interested in participating in these exploratory sessions, I knew that no matter what happened in the studio, the groove would be rock solid. Looking to add a distinct vocal element to these sessions, we reached out to the unique and wise singer/songwriter Jesse Sykes to come sing with us. She sweetly and enthusiastically agreed to join in the project despite the fact that we weren’t exactly sure what was going to happen.

Maybe it was all a fever dream, but it wasn’t… it was real. We walked into the studio, and I (sweating from the brow and hoping it would work) said let’s start with The Paul Butterfield Blues Band’s “East-West” (because Mike Bloomfield is an easy mark to hit… yeah, sure haha)…

We knew we had to get from Point A to Point Z somehow on each track but we’d have to cut our own pathway to get there. Using the Miles Davis technique, there were no rehearsals or written musical arrangements. Just decide on a key, start recording and see what happens. During the sessions, we simply sat in a circle and looked and listened closely to each other as we made everything up live on the spot. We chose songs/compositions primarily identified with the 1960s underground scene as a tribute to the open-minded music of that period as well as to the fearless musicians like Alice Coltrane, Michael Bloomfield, Fred Neil and Roky Erickson who helped create the sounds of that era. And it worked. Alice Coltrane, Fred Neil, Bonnie Dobson’s “Morning Dew” (with an arrangement lifted from the Grateful Dead), “East/West,” the late, great Roky Erickson and a song we just wrote in an afternoon in the studio. It’s old music. Maybe…

Maybe we’re a little older too. But the music doesn’t sound old. And it’s not an illusion. And I think that’s testimony to the players. They were all on their game. For this accident! I think one or two were even a little high while we were doing it.

And it’s good!  It’s really good. Maybe I was high when the idea came up… maybe… but I’m glad I followed it through.

So this is my fantasy recording session finally come to fruition. Is it commercial? Will it get played on the radio? Does the world want or need an album like this now? Hell if I know but here it is anyway”.

So, this “fantasy recording session” as described by master-mind Dave Alvin, using the Miles Davis technique (there were no rehearsals or written musical arrangements), contains six songs, 5 covers and one original. The First Edition LP (and CD) contains 2 bonus tracks – remixes of East-West, one which is by legendary producer Tchad Blake! The album kicks off with a classic tune – among these free Jazz / Fusion / Eastern Spiritualized aficionados out there. “Journey in Satchidananda” first appeared on the 1971 self-titled LP of Alice Coltrane Featuring Pharoah Sanders. It seems that the absence of Alice’s Harp and Pharoah’s Sax in this “modernized” version does not affect the final result. The band laid down a lazy “stoned-a-like” slow jam with a tremendous “healing” electric guitar sound under a let-loose atmosphere with an obvious (Of Course) mood of improvisation! A magical reinterpretation! “The Dolphins” – a 1966 Fred Neil original song on Capitol Records – has been treated really respectfully with a close-to-the-original version, musically and vocally too. For once more, the warm lovely sound of the electric guitar “steals the show”! A gentle nice cover that I’m pretty sure it will “turn” many of the younger generations to the incredible Folklore 60s heyday! Side One closes with a song that was written back in 1961 by Canadian Folk singer Bonnie Dobson (released in her 1962 LP “At Folk City”). “Morning Dew” is a classic “folkie” tune with thousands of interpretations over the years, and in this situation here, The Third Mind had certainly in mind the magnificent Grateful Dead version. The band “breathes” new fresh air with a hippy-jam-like mood that is spread throughout the 9 minutes with exceptional guitar work, FOR ONCE MORE! Side Two opens with an original tune by the band entitled “Claudia Cardinale”, an instrumental witching piece of dreamy fanciful music, full of nostalgic vibes, a track that is referring to a different era, for sure. Mike Bloomfield wrote “East-West” back in 1966 and The Paul Butterfield Blues Band released in on the self-titled Elektra LP. The Third Mind’s version here, imprints what this project is all about and gets the true “spirit” of the band! An amazing uplifting free-form gorgeous and very sentimental “aspect” of this classic jam-tune that transports the listener to one of the legendary Grateful Dead street free concerts, right on the Haight & Ashbury corner. Dare to close your eyes for a minute! … The album closes with a song that answers the eternal question. “Who’s your daddy?”… “Roky… Roky is your daddy…”… The band covers “Reverberation” – a 1966 Roky Erickson and the 13th Floor Elevators tune – in an “updated” version that will make – ONCE MORE – the younger generation go back and discover the treasure of the whole 60s Psychedelic era! So, to answer your question if this “Experiment” of The Third Mind was successful, I can only say “Yes!”, “Absolutely freaking Yes!”… Lusting for the band’s next adventure… TimeLord Michalis

Get it through Yep Roc Web store: 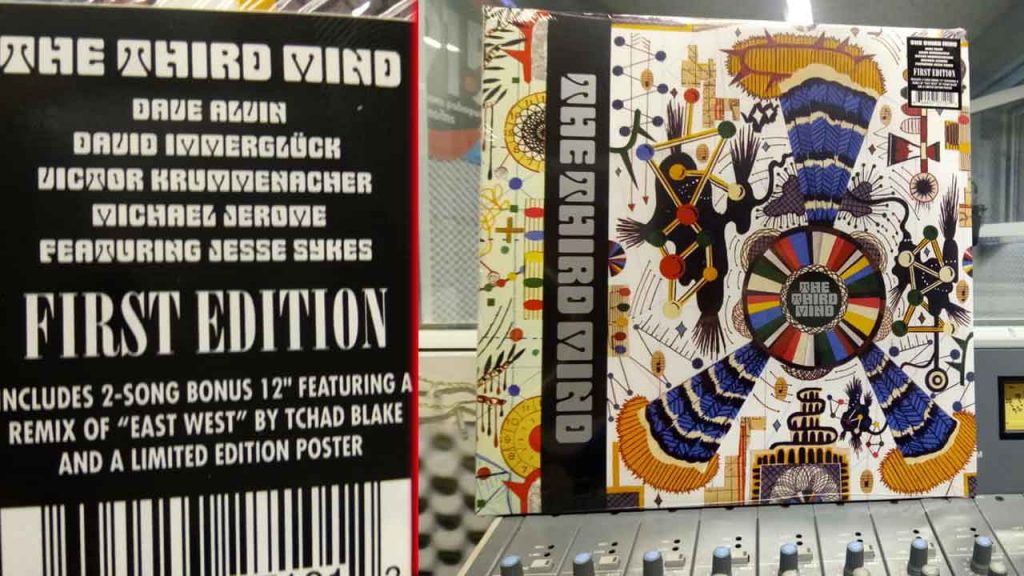